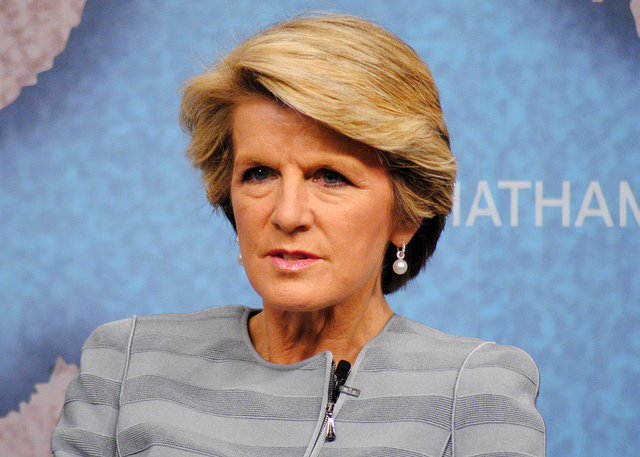 Julie Bishop expressed her concern about the workplace culture in parliament while speaking at the Australian Women’s Weekly Women of the Future awards last night.

“It’s evident that there is an acceptance of a level of behaviour in Canberra that would not be tolerated in any other workplace,” Bishop said.

“The kind of behaviour that 20 years ago, when I was the managing partner of a law firm of 200 employees, I would never have accepted,’’ she said according to The Australian.

“I have seen and witnessed and experienced some appalling behaviour in parliament. And when a feisty, amazing woman like Julia Banks says ‘This environment is not for me’, don’t say ‘Toughen up, princess’, say ‘Enough is enough’.”

Bishop also pointed out that less than 25 percent of parliamentarians in the Liberal Party are female and that she’s committed to helping fix that.

“It is not acceptable for our party to contribute to a fall in Australia’s ratings from 15th in the world in terms of female parliamentary representatives in 1999, to 50th today,” she said.

Treasurer Josh Frydenberg told ABC radio this morning he agreed with Bishop’s comments about the confrontational environment and lack of female representation in parliament.

“In my first comments to the party room after being elected as the deputy leader was to say to colleagues ‘We need to get more women into not just marginal seats but into safe seats and more women at the top table’.”