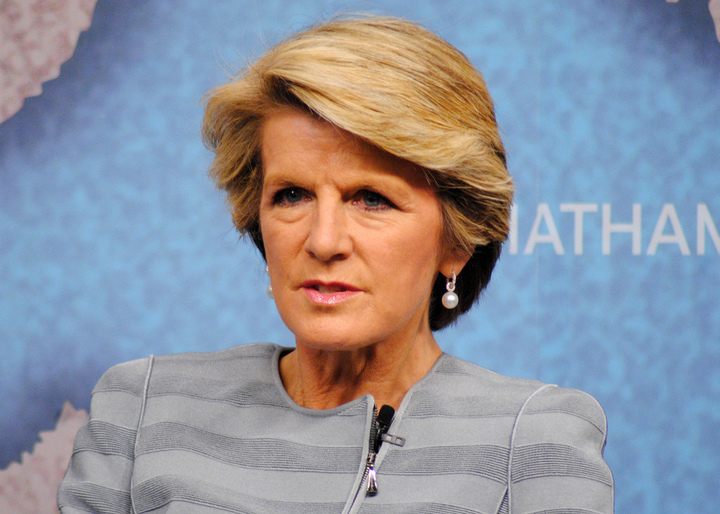 She made the statement in an interview with Karl Stefanovic this morning on Channel Nine’s Today program.

“Had Labor backed our plebiscite legislation in the first place, this debate would have been over last February.”

“If Labor had backed same-sex marriage when it was in government, but it didn’t, this debate would have been over,” the Foreign Minister said.

The claims were in response to Australia’s first anti-gay marriage advertisement that aired on television last night.

The advertisement, the work of the Coalition for Marriage, features three women who oppose same-sex marriage, talking about the alleged impacts on children.

“School taught my son he could wear a dress next year if he felt like it,” one says.

“Kids in year 7 are being asked to role play being in a same-sex relationship,” another said.

Another woman says directly to the camera, “When same-sex marriage passes as law overseas this type of program become [sic] widespread and compulsory”.

The women’s comments are followed by the text: “In countries with gay marriage, parents have lost their rights to choose”.

The advertisement ends with the caption: “We have a choice. You can say no.”

The Coalition for Marriage is currently asking for donations of between $30 and $2500 to keep the advertisement on air.

“It will cost $35,000 a day to ensure that millions of Australians hear the message about the consequences of change,” the Coalition for Marriage says on their website, in regards to asking for donations.

“This ad will play an important role in helping Australians understand that saying ‘yes’ to gay marriage would mean saying ‘yes’ to radical gay sex education in schools,” the website reads.

The online reaction to the advertisement has been largely negative.

I love how that homophobic anti marriage equality ad thinks it's obscene that a boy could be told it's okay to wear a dress to school.

Opposition Leader Bill Shorten was appalled by the advertisement. He said it features “total ­rubbish” and is “offensive and hurtful to LGBTI Australians and their families”, The Australian reports.

“This is not freedom of speech. This is freedom to hurt,” Mr Shorten said.

“This is exactly what was predicted when Malcolm Turnbull decided to waste $122 million on a postal survey.”

In her interview with Stefanovic, Ms Bishop declined to comment on the nature of the advertisement.

“I think it’s up to those organisations, those individuals, who put together those ads, to defend the accuracy.”