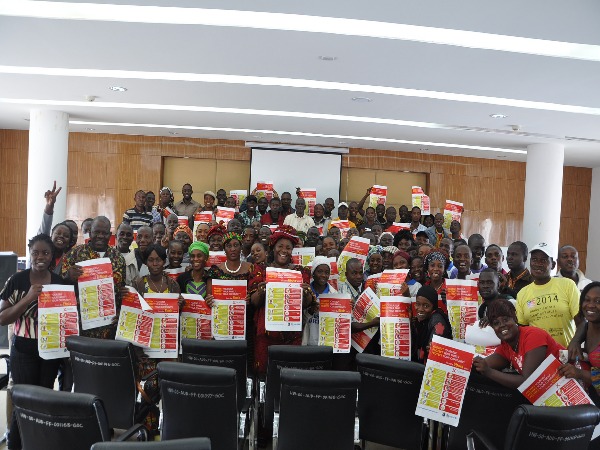 In today’s 24-hour news cycle, it is easy for important issues to slip to the back of the people’s minds when any immediate urgency appears to have passed. Although all is currently quiet on the Western front, it is important Australians stay vigilant to the threat of the Ebola virus. 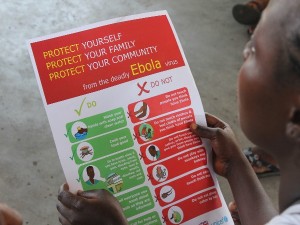 Leaflets spread across Africa to inform the public on the threat of Ebola. Courtesy: UNICEF.

For now, the Ebola situation appears to be becoming more positive.

The World Health Organisation has declared that Nigeria is now free from the Ebola virus.

“This is a spectacular success story that shows that Ebola can be contained. The story of how Nigeria ended what many believed to be potentially the most explosive Ebola outbreak imaginable is worth telling in detail,” the WHO stated.

“Such a story can help the many other developing countries that are deeply worried by the prospect of an imported Ebola case and eager to improve their preparedness plans. Many wealthy countries, with outstanding health systems, may have something to learn as well.”

The news of Nigeria’s success in containing the destructive spread of Ebola is the latest in a consistent line of positive news concerning the virus.

For Australians, it began with Sue Ellen Kovack. A volunteer nurse who had been working with victims of Ebola in Sierra Leone, Kovack returned to Australia with a low-grade fever. She was detained in Cairns and, eventually, to the relief of Australians everywhere, produced a negative response in her screening for Ebola.

Since the release of Kovack in early October, Australia has tested eleven individuals for possible Ebola infection. All have returned negative results and were all declared free from infection.

Australia’s luck in avoiding any cases of Ebola infection place it in line with the most of the Anglosphere, as traditional cultural partners New Zealand, Canada, the United Kingdom have all so far avoided the spread of the epidemic.

Unfortunately, the United States is the one exception, with the death of Thomas Eric Duncan and the infection of three other individuals having seen Ebola reach the States. Thankfully, the US has been able to prevent any deaths since Duncan.

With the Western world’s success in preventing the spread of the Ebola virus, it’s important to remember that the epidemic is still strangling the west coast of Africa. Australians must remain alert to the possibility of the virus reaching our communities.

According to the WHO, just less than 5000 people have died from Ebola this year with at least 9,900 cases of the infection. These are just the recorded numbers, and with the west coast of Africa being such a stifling and complex environment, the true toll of victims could potentially be three times this number.

The WHO has said real numbers of cases is believed to be much higher than reported: by a factor of 1.5 in Guinea, 2 in Sierra Leone and 2.5 in Liberia, while the death rate is thought to be about 70 percent of all cases. That would suggest a toll of almost 15,000.

The United Nations, working in conjunction with the WHO, has announced a deadline of the 1st of December for the world to act in cooperation to prevent the Ebola disease from becoming a pandemic.

According to Anthony Banbury, the head of the UN’s Mission for Ebola Emergency Response, by that deadline, 70 per cent of all infected individuals must be in treatment centres and 70 per cent of all dead as a consequence of the infection must be buried.

“We either stop Ebola now or we face an entirely unprecedented situation for which we do not have a plan,” says Banbury.

The WHO Assistant Director General, Bruce Aylward, has mirrored these sentiments.

“With a bit of change in the behaviour of populations, with some burials happening safely, with a little bit more case management and a couple of new centres opening, you are going to slow this down very quickly,” he says. 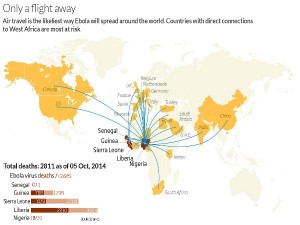 Until that date, the average Australian is unlikely to be completely in the loop with the Ebola epidemic. So until the 1st of December, Australians have two simple responsibilities.

The first is to stay informed. Monitor the news for all updates on the Ebola outbreak and keep informed on the status of the disease.

The second is to learn as much as possible about how to deal with the infection should it reach a community near you. In order to learn more about such precautions, information is available at the following sites:

Understanding the Ebola virus – The Department of Health

While many factors may be out of control of the average person, vigilance against the spread of such a ruthless infection is a way in which we can all equally contribute to preventing the human death toll from rising.