La Trobe University celebrates its 50th anniversary in 2017 and everyone is invited to celebrate its history, writes Jarrad Gardner. 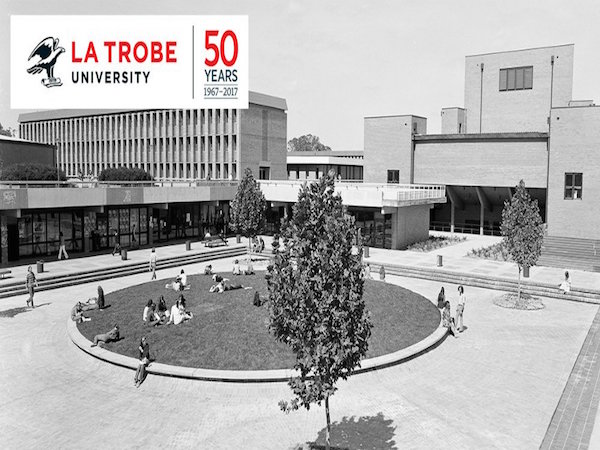 The year was 1967. Harold Holt was Prime Minister, the population of Australia was only 12 million people and Richmond won the VFL Premiership.

It was also the year that then Victorian Premier Sir Henry Bolte opened La Trobe University and Sir Archibald Glenn was installed as the first chancellor.

Now, 50 years on, over 180,000 students have passed through the classrooms, and 2017 will provide all current students and alumni a chance to celebrate.

Curator of the 50th anniversary celebrations, Madge Fletcher says that next year’s festivities will celebrate the history and kick start the next 50 years.

“Everything that we do, we respect the roots of La Trobe University, and where it started,” Fletcher tells upstart.

“There’s been a lot of changes in the university and throughout higher education but we’re very keen to honour the staff and students and education itself.”

Past staff and students are all invited to attend events throughout the year and reconnect with their peers.

“When you celebrate you’ve been on earth for 50 years, you actually want to get together with your old mates or family or whoever it is that’s made you who you are,” Fletcher says.

The year also gives current students the opportunity to learn about La Trobe and see it in a way they never have before.

“Young students are constantly flooded with information rather than having the time to sit down and hear stories about the history of the world,” Fletcher says.

“If you can get the time to hear about the history of the place where you’re going to be for the next three years, it makes it just more meaningful. And to know that you’re part of a continuous journey.”

The celebrations will begin on March 5 with a lawn lunch, where everyone can remember their time at La Trobe beside one of its most iconic landmarks, the moat.

“It’s about place, and we’re honouring the moat, because the moat has been seminal in a lot of students’ history of their time, whether they’ve gone in it, whether they’ve floated on it or had parties around it,” Fletcher says.

The catering of the lawn lunch will all be provided by places that have got a connection to La Trobe University through alumni, such as the Asylum Seeker Resource Centre.

Clubs and societies from La Trobe are encouraged to hold their own events throughout the year to remember their own history as well as the university’s.

Some clubs and societies have already organised their own events.

“The Hockey Club will be holding a reunion gala dinner and the chemistry department will be celebrating 50 years of chemistry with a symposium and a dinner,” project coordinator Julianna Marshall tells upstart.

“Really we’re just supporting initiatives that are driven by the different communities in this hub,” she says.

To support these initiatives, the team launched the pitch your project competition, as well as a place for La Trobe staff, students and alumni to register their own reunion or event.

World La Trobe Day also marks an important day on the calendar in 2017, as La Trobe alumni from around the world are invited to celebrate.

“We want to activate our entire international La Trobe network and make sure the celebration goes worldwide,” Marshall says.

These celebrations will culminate in the La Trobe Village Carnival on November 18 where the Melbourne campus will come alive with entertainment, food and activities as the transition begins into the next 50 years.