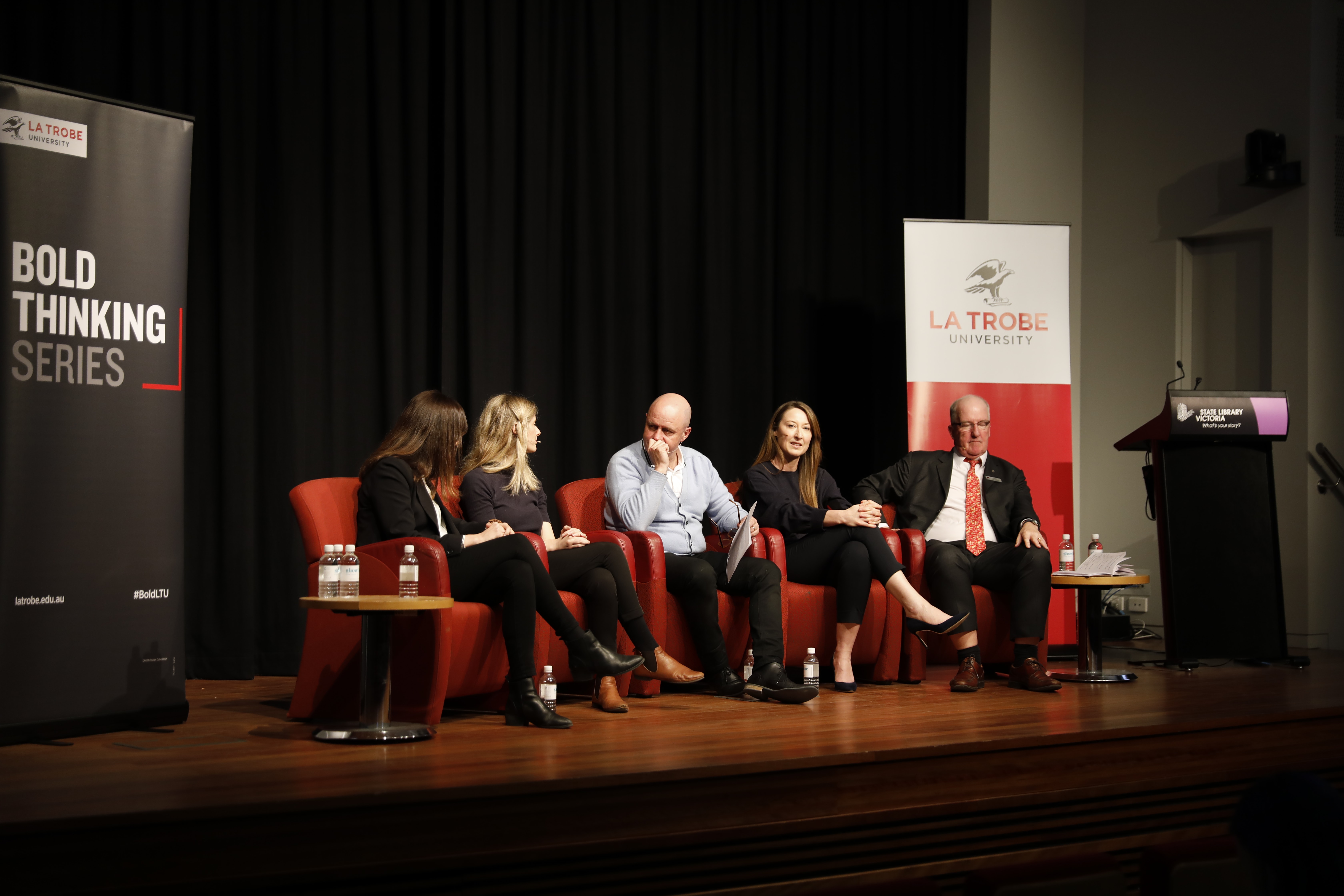 Titled ‘Smashed Avo: Is There a War on Youth?’, the conversation debated whether the challenges faced by Millennials are simply a new version of the difficulties that every generation faces, or if they are caused by deeper structural disadvantages in today’s economy.

What’s all this about ‘Smashed Avo’ anyway?

Ironically, the original newspaper article that fuelled the phrase was targeted to lampoon Baby Boomers who no longer feel comfortable in a Millennial world.

The author wrote another article a year later to elucidate, but by then “smashed avo” had become established shorthand for criticism of Millennial entitlement, rather than for Boomer’s sense of superiority and fear of irrelevancy.

Meanwhile, for young people, the debate is a clear signal that the challenge of finding affordable housing and a reliable income in the gig economy is not understood by Baby Boomers.

O’Brien was suspicious of the construct of the debate itself.

“This narrative of entitlement around young people is a very deliberate conservative political narrative – because it’s much more expedient to say ‘we have this entitled youth who are out of touch, who want to eat brunch and have a house,'” she said during the panel.

“And in telling this narrative of inter-generational warfare, it ignores the way politicians have created a system that works for some and not for others.”

Browne acknowledged that policies such as negative gearing have made it more attractive for people to buy houses, but still felt that this is an age-old issue.

“I think that every generation looks back and says ‘Why did you do that and leave me in this position?’” she said.

“The great Australian dream isn’t necessary for everyone and I don’t think that’s a bad thing…put aside that thinking and say: ‘In the life that I want to design, and for what I have available, what’s right for me?’”

He suggested that cultural shifts such as the ability to access five to ten-year rental agreements would greatly reduce the insecurity associated with renting.

Dr Sara James agreed, but added that due to the changing nature of work, the “kidult” phenomenon would still persist.

“There are so many more jobs that require a degree. In 1970s Australia, 3 percent of 18 to 30 year olds had a degree, now it’s around 40 percent. They’re in education longer, and then get a bunch of short term contracts,” she said.

What is left out of the figures on casualisation, she added, is the rise of the short-term contract. These are ubiquitous in many industries and have the same chilling effect on plans to buy a house or start a family.

O’Brien noted that the homeowner is feted at every election cycle.

“Every election, the government spruiks generous tax concessions for home owners…the problem is not that young people need to adjust their expectations. We need a government that takes seriously the concept of providing a roof over the head of every citizen in society,” she said.

Is there any hope for Millennials in the current political and economic conditions?

Browne said that change is inevitable. It is very likely that negative gearing will be scrapped and that there will be changes to trusts and companies if the Labor Party is elected at the next Federal election.

To help fuel this shift to the left, GetUp! recently announced their A Future to Fight For campaign, which she said is energising young Australians in the way that climate change did five years ago, and marriage equality two years ago.

Dr Sara James noted that it is not all negative for Millennials.

They will be the first generation to have their retirement fully funded through superannuation; they have the freedom to explore different roles; to travel overseas (air travel is vastly less expensive than for previous generations); and to work on their identity before making any big life decisions.

Samantha Deasy is a Masters of Communication (Journalism) student at La Trobe University. You can follow her on Twitter @samdeasy