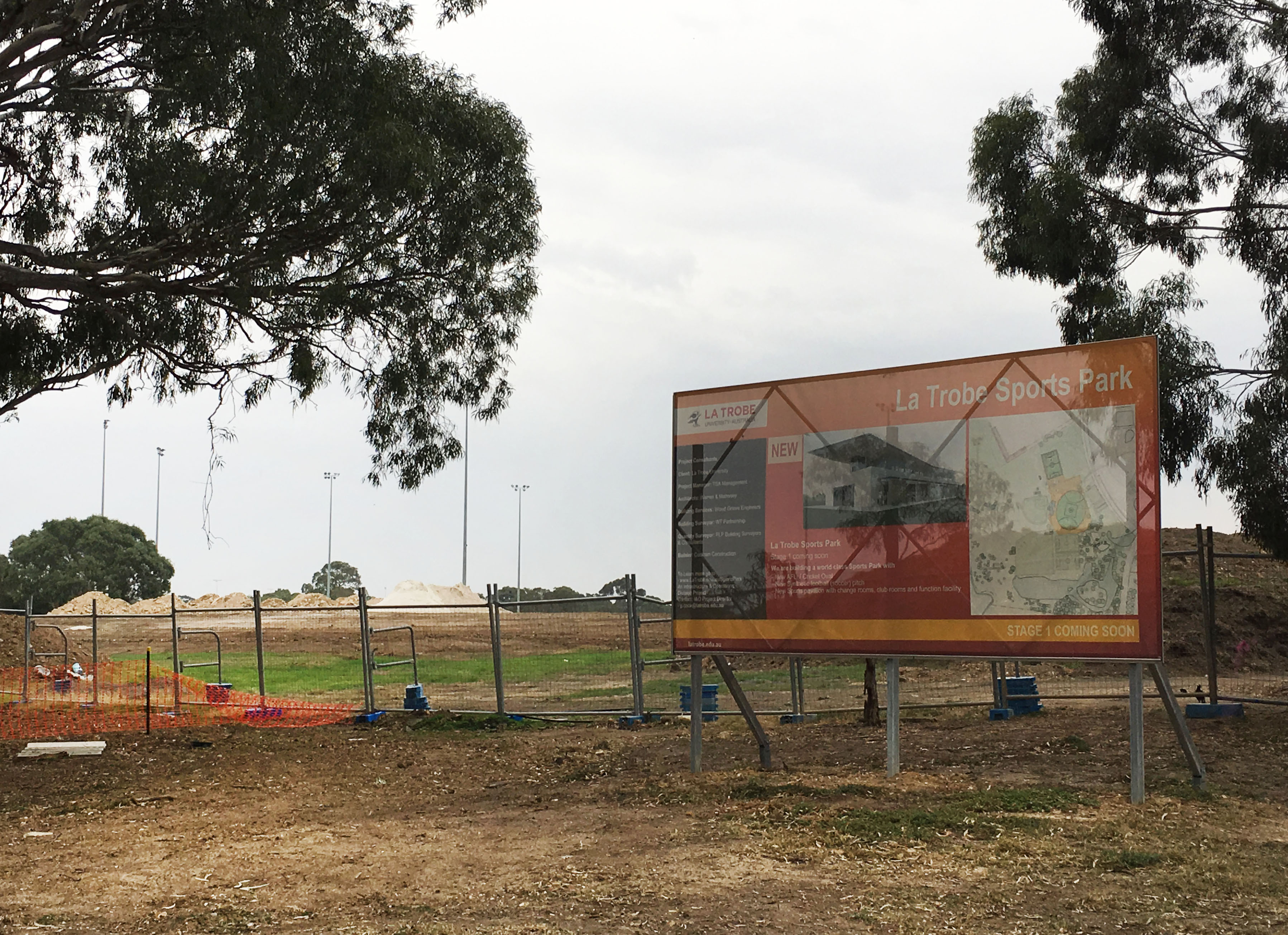 Can you imagine the possibility of living within a short distance of the premier sporting precinct in the state?

That will soon be reality for those living in Melbourne’s ever-growing northern suburbs.

Communities are set to be bolstered by La Trobe University’s re-developed sports park, which is aiming to deliver a wide range of assets to locals.

The Director of Sport at La Trobe University, Professor Russ Hoye, spoke to upstart recently to discus  their new attraction.

“If you take a long-term view at this piece of infrastructure, say over the next 20 years, it’s the residents of Melbourne’s northern suburbs [who will benefit],” he told upstart.

“That’s the angle we’ve been explaining to other parties and that’s why Banyule City Council have joined as a partner, they can see the community benefits.”

The City of Melbourne ‘Urban Health and Wellbeing’ 2016 document revealed that 49.2% of Melburnians were not engaging in sufficient levels of physical activity – numbers La Trobe’s sports park will look to improve.

Experts have been calling for the MCG and Etihad Stadium to be made available for the community to use to encourage healthy living, with fears that Melbourne is lacking public sporting spaces.

That availability is exactly what the Bundoora campus’ sports park is set to provide.

Professor Hoye acknowledged the park will try to cater for all parties.

“It’s very much a mixture of community level participation and training,” he said.

“I’m envisaging about 75 per cent to be available [to the community], majority of all the new space will be aiming for community use.”

Benefits for students will also be a key component of the new facility.

“Students who are doing a sport related course will have access to new quality facilities, also state of the art research laboratories will be available for masters and honours students,” Hoye said.

“For international students, it will also enhance their access to internship abilities from external organisations.”

During the planning process, La Trobe University formed a key relationship with Banyule City Council, with Banyule looking to further benefit their residents.

“Banyule’s existing facilities are at capacity in peak times.

“Once the development has been completed, Banyule sporting clubs will have access to 162 hours of court time a week at the new stadium.”

The indoor stadium isn’t expected to be open until the start of 2020, yet the synergy between both parties involved shows that it will be worth the wait for those living in Melbourne’s north.

This is only the beginning in terms of partnerships between the university and other organisations.

La Trobe University’s current affiliation with Melbourne City, Melbourne Rebels and the Carlton Football Club, will be rewarded with additional appearances by the elite sporting teams at the Bundoora sporting park, according to Professor Hoye.

“The Carlton Football Club will have another venue to bring their AFLW and VFLW to train and play,” he said.

“Melbourne City will also have access to another synthetic pitch to run their community programs and pathway program on.”

Professor Hoye hopes for these key relationships to reflect on the university as an important community partner.

“What we’ve ended up with is a precinct that should meet the council’s requirements, the key state sporting associations and clubs and finally the university needs,” he said.

“Hopefully [it] enhances our capacity to be a good university partner out there in the industry.”

In a previous version of this article, it had said that it wasn’t publicly known if the sports park was for community use, when it was widely known at the time of publishing. The author corrected this mistake on the 26 of April 2018.

Aydin Payne is a third-year Bachelor of Media and Communications (Sport Journalism) student at La Trobe University and staff writer for upstart. You can follow him on Twitter @Aydin Payne