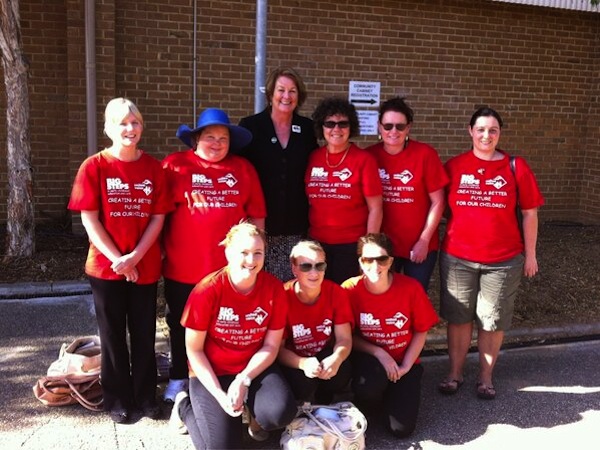 What names come to mind when you think about people who stand up for environmental issues and humanitarianism? Ellen DeGeneres, Pamela Anderson or maybe Brangelina?

Many may not even consider those who dedicate their lives to constructing society as we know it. These people are involved in every process, from going out and engaging with different communities to creating laws that reflect on public values. These are our backbench politicians.

One politician who has devoted herself to Australia’s environmental affairs and human services is Labor Senator of South Australia and the Chief Government Whip in the senate, Anne McEwen.

Since beginning her first term in the senate in 2005 and being re-elected in 2010, Senator McEwen has displayed her dedication to the preservation of Australia’s environment.

She was the chairwoman of the Environment, Communications and the Arts Committee from February 2008 to May of 2009, and still remains an active member.

Despite the division within the Australian Labor Party, McEwen stood by South Australian premier, Jay Weatherill, as he successfully challenged the Commonwealth to reform the Murray-Darling Basin plan. The new plan, which has been signed into law in November last year, will now return 3200 gigalitres of water to the river – 450 gigalires more than the initial agreement.

Senator McEwen’s electorate officer, Claire Smith said, “She wrote to the minister to say that the plan was definitely good for SA and that it would be good for these communities. So, she supported the review.”

Since signing the pledge, McEwen has made several visits to the Murray-Darling and the decimated wetland sites of South Australia, discussing the plan and related issues with local councils and residents.

“We go up there quite a bit, talking to people,” said Smith. “We had been out to a lot of communities last year.”

It has taken the Commonwealth over 100 years to finally initiate a single scheme for the Murray-Darling Basin that can be agreed upon. McEwen supported the reform as it coincides with her echo-friendly beliefs, which she wishes upon the environment and the communities living in these ailing regions of South Australia.

“If she feels strongly about something, she’ll take it upon herself to write to the relevant people,” said Smith.

This isn’t the first time she has spoken up to favour the interests of the environment.

In 2006, McEwen challenged those in favour of initiating nuclear power in South Australia by sarcastically suggesting to the Prime Minister that Victor Harbor would be an appropriate location for the plant as “there’s lots of water down there to cool the reactor.”

Senator McEwen doesn’t support the use of nuclear power in her beloved state, let alone all of Australia. She prefers to work with and test renewable energy alternatives that are both beneficial to the environment and Australians.

As the chairwoman of the Environment, Communications and the Arts Committee in 2008, she supported the testing of the echo-friendly solar panel rebate scheme which simultaneously tended to the needs of the environment as well as low income-earning citizens.

“The budget intention was to ensure that people on lower incomes were able to access the rebate and that’s precisely what’s happening.” she said.

Senator McEwen is very fond of tending to the interests of the South Australian people.

“She loves getting out there and meeting people. She’s really dedicated to talking to as many people as she possibly can from wherever we go.” said Smith. “One of the things she likes the best is to get out into schools. We visit a lot of schools and she likes to see how all types of schools are running.”

McEwen displays some of her humanitarian work through her support for education and the funding for an improved learning experience for children.

The senator welcomed the $2.1 million funds given to Adelaide’s Daphne Street Autism Specific Early Learning and Care Centre in May last year.

“This capital injection of $2.1 million will help the Daphne Street Centre meet the needs of local children with autism spectrum disorder by providing much needed extra space and facilities,” she said.

In August last year, she also opened a new classroom for Mypolonga Primary School which was funded through the Federal Government’s Building the Education Revolution program.

Since she was elected in the senate in 2004, she has demonstrated her passion for creating a better future for people, including children.

Alongside the affairs McEwen acts on within her community, she holds the position of Chief Government Whip in the Senate, which requires her to fulfil another set of responsibilities.

“She’s really knowledgeable of the workings of the senate,” Smith said. “She’s a point of reference for all of the senators; if they’ve got questions they normally call our office or speak to her directly to find out exactly what’s going on.”

McEwen continues to work hard this year, making sure the senate is able to pass as much legislation as possible, before the upcoming elections.

Despite being praised for her work ethic, the Minister of Foreign Affairs (at the time), Alexander Downer, made a statement in 2006 describing McEwen as a senator whom no one has heard of. This may be a statement that others can relate to as they may have never heard of Anne McEwen, or other politicians that have had a direct impact on their own lives.

Whether or not she is a celebrity, Senator McEwen demonstrates the dedication and respect she has for Australia’s environment and people through her eight years of working in the senate. She ultimately proves that you don’t have to be famous to make a difference in people’s lives.

Julian Gasparri is a second-year student at La Trobe University studying a Bachelor of Journalism. You can follow him on Twitter: @JulianGasparri