The Wikileaks founder is fighting for freedom as the UK Government plans to extradite him to the US. 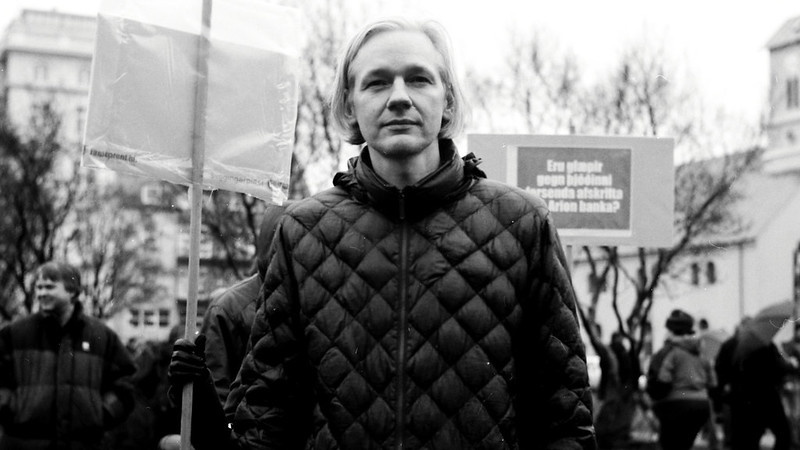 A united group of lawyers and legal personnel are calling for the UK Government to release Julian Assange from extradition proceedings, granting his “long overdue freedom”.

The Wikileaks founder is facing up to 18 charges under the Espionage Act and conspiracy to commit computer intrusion, after his publication released thousands of classified documents in 2010 and 2011.

Among the leaked content were Iraq War Logs; which held field report information regarding U.S-led conflict, shedding a light on the consequential deaths of over 100,000 Iraqi people.

Campaigners said that if the prominent figure is extradited to the United States, he will face a “show trial”, adding that he will be subject to surveillance, hindering his right to a fair trial.

“We call on you to act in accordance with national and international law, human rights and the rule of law by bringing an end to the ongoing extradition proceedings and granting Mr Assange his long overdue freedom,” the letter reads.

The letter adds that Assange could be subject to torturous and inhumane treatment in the U.S, mentioning the potential for a 175 year sentence.

This comes after a July joint letter was signed by up to 40 different press freedom and journalism groups in unity to call for his release.

Assange has been held at Belmarsh Prison in south east London awaiting proceedings after serving a 50-week sentence for breaching bail.

His partner, Stella Morris, has since started a crowdfund to raise more than £500,000 in the fight to release him from his impeding fate. Beginning the appeal for £25,000 on CrowdJustice to help cover the costs of a defence in the Magistrate’s court, Morris expects that she’ll need a significant amount of money. This is if the case is to continue all the way to the Supreme court.

In her appeal, Morris speaks out against the U.S government decision to pursue her partner.

“His ‘crime’ is to have reported on matters the U.S would rather have kept hidden from view. He helped expose war crimes and human rights abuses,” she writes.

“He revealed the killing of unarmed civilians and the torture of innocent people. No-one has been held responsible for the serious crimes Julian has exposed. If he, an Australian citizen living in the UK can be successfully prosecuted, so too can journalists and publications everywhere.”

In February, it was made aware that the Trump administration offered Assange a pardon; in exchange for his agreement to cover up Russian hacking of the Democrat party in the 2016 U.S election.

The claim was raised in a court hearing in London on behalf of the his lawyer, who said that a representative told Assange “on instructions from the president, he was offering a pardon or some other way out, if Mr. Assange … said Russia had nothing to do with the DNC [Democratic National Committee] leaks”, The Daily Beast reported.

Proving to be a popular figure across the world, Assange was nominated alongside prominent Wikileaks figures Edward Snowden and Chelsea Manning for the 2020 Nobel Peace Prize.

The letter, written by 17 German parliamentarians, claims “these brave people should not be criminalized, but should be recognized and honored. The war criminals and their henchmen must be held accountable”.

“We feel that Assange, Manning and Snowden have to be recognized for their ‘unprecedented contributions to the pursuit of peace and their immense personal sacrifices to promote peace for all’. With the unveiling of US war crimes in Afghanistan and Iraq and the global surveillance program of the US secret services, the three have ‘exposed the architecture of war and strengthened the architecture of peace.’”

Assange’s extradition hearing has been moved from May to September 7, after COVID-19 lockdown measures in the UK postponed the hearing.

Photo: Julian-Assange by DJANDYW.COM AKA NOBODY available HERE. This photo has been used under a Creative Commons Attribution. The image has not been resized.