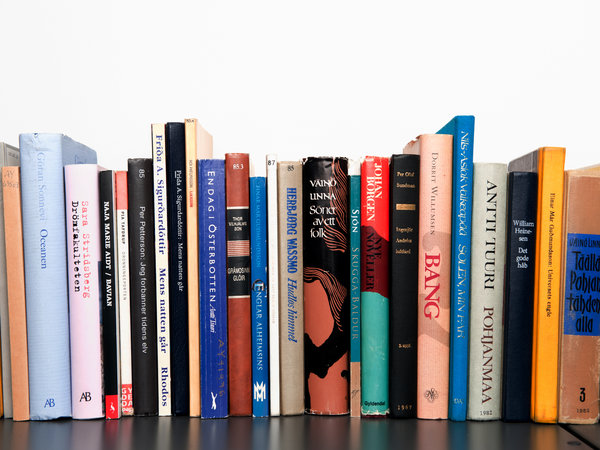 For many Australians, books remain an important resource for their learning and lifestyle needs.

Websites such as Amazon and Book Depository have threatened the bookstore culture.

Studies have found that bookshops are facing a battle over relevancy in the changing retail environment. However, books play an important role in the learning and literary communities around the world.

National Bookshop Day, which occurred earlier this month thanks to the Australian Booksellers Association (ABA), aimed to remind Australians of the joys of reading.

The ABA want to ensure that bookshops are still being talked about even though the industry is in decline. They seek to enhance the unique roles of books in society and provide a national forum for member booksellers.

Joel Becker, CEO of ABA, tells upstart that bookshops are key components in the social, cultural and retail environment of the nation.

“Bookshops historically have served as cornerstones of local communities, places where people can meet to discuss ideas, to be entertained and to be surprised,” he says.

“Who hasn’t ever walked into a bookshop, knowing exactly what it was that he or she was after, and left with something they weren’t aware of, the infinite joy of discoverability.”

As well as community events and campaigns to keep bookstores in business, organisations such as Express Media, the Melbourne Writers Festival, the Small Press Network, The Wheelers Centre, and Writers Victoria  also support printed writing.

In 2008, Melbourne joined the UNESCO Creative Cities Network, the first and only City of Literature in Australia, and the second in the world.

The City of Literature found that Melburnians consume more books, magazines and newspapers per capita than any other city in Australia.

They also enjoy the highest concentration of community book clubs in the country.

During May this year, The National Gallery of Victoria held their first Art Book Fair set in the creative hub of the Ian Potter Centre. The event helped celebrate local publishers and their publications.

“Our shops are cultural hubs where readers are welcome to discover books, browse and be inspired with their reading habits by our experienced and well read staff,” she says.

“It hosts, on average, 30 literary and music events and launches each month with local authors and artists catering for all age groups and interests.”

Ten per cent of Readings’ profits contribute towards The Readings Foundation.

This funding aids the work of organisations who help disadvantaged groups of society.

“This increases the community’s enjoyment of the word in all its forms, and honours the importance of creativity in community driven work,” Harms says.

She says that by visiting a bookstore, customers receive face-to-face recommendations and assistance that can’t be experienced online.

“Melbourne is a city rich in quality independent and franchise bookshops, antiquarian and second hand, educational and specialist bookshops.”

This was a major factor in the successful bid to make Melbourne a UNESCO City of Literature.

Books are a traditional vessel of entertainment and offer the ability to escape the realities of our technologically advanced society.

For books to remain popular, children should continue to access libraries and be familiar with hardcover texts.