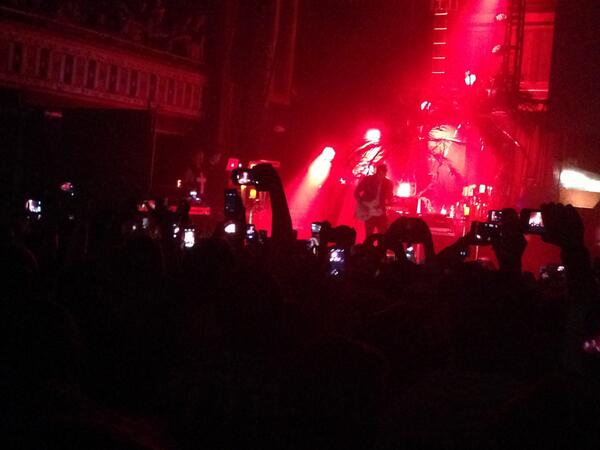 If you don’t upload a photo of something you did onto social media, did it really happen?

It would seem the answer is no, given society’s current obsession with capturing every moment of our lives on camera.

Whether it be a concert, sporting event or latest overseas trip, many people find it compulsory to record most of their experiences on their smart-phone or camera. Taking pictures and video is nothing new, but the ease and volume of which it can now be done has resulted in people using it now more than ever.

While taking the odd picture is a perfectly reasonable way to preserve moments and memories, the excess with which photos are being taken is beginning to impact both the experiences of individual, and the people around them.

In some cases photos and videos will never be able to reflect certain situations. For example a video of a minutes silence at an ANZAC day dawn service can in no way reflect the emotions and feelings surrounding the occasion. At the time it may seem like you are capturing a special moment but when you watch it back you will see 60 seconds of footage that can’t even compare.

There is also the matter of the quality of what you are capturing. These days, nearly every crowd musicians play to, are filled with mobile phones attempting to film the whole set. Not only is ruining the experience of the person behind you who has a phone blocking their view, but your own experience is hampered as well.

Amazing..people at the concert that watched @lanadelrey all night through their phones only! She was 10ft from you! pic.twitter.com/WfIIWMIXXd

Instead of watching your favourite musician live on stage, you are watching them through a tiny screen. The footage you were filming will most likely be shaky, out of focus and sound terrible, which will probably leave you to wondering why you paid all that money just to get a poor quality video of a band.

The ‘importance’ people are placing on photography is most likely also ruining your experience in your travels. Each step along the journey has an accompanying photo which at the time seems essential. However, when you get home, most of the time you end up deleting half of the photos and rarely looking at the rest. Any experiences you could have had are now whittled down into a few photos.

Despite the reluctance of people to put away their phones, it seems we are aware that the practice is causing us to miss out on the actual experience. Recently a video about this very subject has gone viral. ‘Look Up” a video by writer and director Gary Turk has garnered more that 37 million views.

The video tries to convey the message that people are becoming less connected because of their fixation with their phones and electronics, and in turn are missing opportunities to become connected.

Ironically, spreading this message through video (which people will most likely watch on their phones) doesn’t detract from the message itself. If anything it’s proof that the only way to spread the concept is to reach people is through their smart phones.

The popularity of this video will do little to change anything though. People will watch it and maybe change for a few days but before they know it, their phone will be out again.

Unfortunately this trend might never change, with technology advancements allowing you to capture every moment of your life, making it easier and in the short term. This may seem like an like an advantage, but when we grow old and are looking through all the photos, we’ll probably think about all the moments we missed.

So next time you go to take your phone out, ask yourself, are the photos you are about to take worth the experience you will miss out on?