There are fears that lives may have been lost in record flooding in northern New South Wales and southeast Queensland. 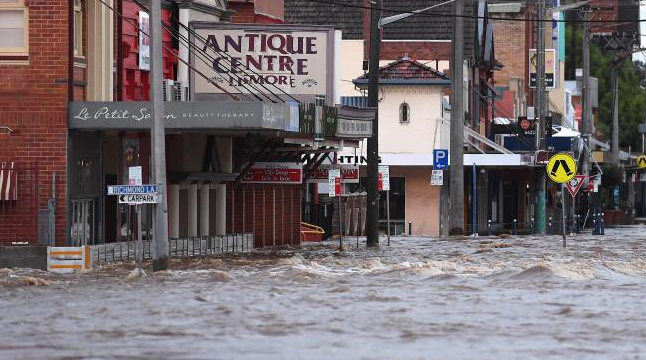 Record flooding in northern New South Wales and southeast Queensland have ordered evacuations overnight, with fears that lives may have been lost.

More than 20,000 residents have been ordered to evacuate the towns of Lismore, Murwillumbah, Ocean Shores, Kyogle and Kingscliff in northern New South Wales as torrential rain and gale-force winds continue to hit the area.

Another 20,000 residents along the Tweed River and Wilsons River near Lismore have been ordered to evacuate.

Lismore’s evacuation sirens were activated overnight, as the street waters rose and the town’s flood levee overflowed for the first time in 12 years.

SES spokesman, Ian Leckie, told the ABC that many are stuck inside their houses and vans.

“This is the fastest event we have seen in this area for a long, long time,” he said.

“The rate of rise has caught people unaware and they are trapped.”

In Murwillumbah emergency services are unable to reach residents seeking refuge on the roofs of their houses.

New South Wales SES Deputy Commissioner, Mark Morrow, told Sky News that he fears many have died after over 130 calls for help overnight could not be attended to.

“There could people overnight that perished in that flood, we don’t know at this stage,” he said.

“We expect… that as we start to go out and try to find people that made those calls overnight, there could be some very distressing news.”

Residents on the Gold Coast, in Brisbane and Logan have also been asked to get to higher ground.

It is expected that waters will continue to rise until this afternoon.