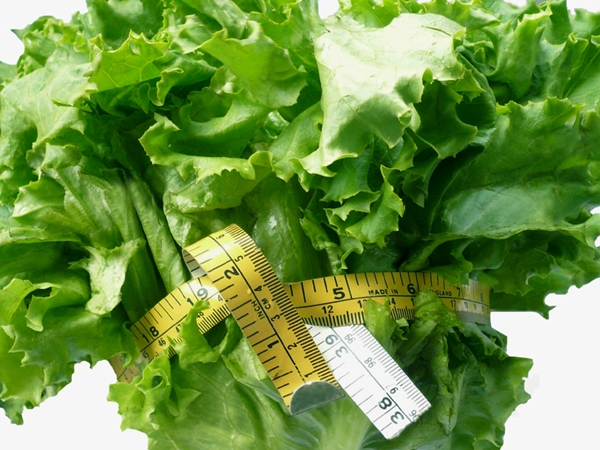 It’s that time of the year again, when catching a glimpse of yourself in the mirror can send you into a depressive spiral – or a bout of fitness resolutions. Like the spring flowers that will soon bloom, the dreaded winter kilos have emerged.

Before committing to a gym membership or signing up for an expensive meal program, it’s worth considering your options.

Outscoring even the most popular commercial plans, like Weight Watchers or Jenny Craig, the top ranking diet – which technically isn’t even a diet – was MyFitnessPal.

The app, which originally started as a website in 2005, is a free, all-in-one calorie counter and exercise tracker. It enables users to record their daily intake from an online nutritional database, built from a combination of three million restaurant menus, grocery items and user entries.

Containing more than 350 exercise options, with pre-calculated calorie amounts, the app allows users to track all forms of activity, both in and outside of the gym. Once you select the exercise, enter the time spent (for example, running) and the calories listed for that activity, MyFitnessPal automatically deducts those calories from your daily allowance. 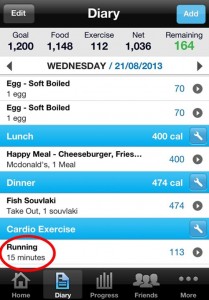 MyFitnessPal user Louisa Chatterton, found out about the app from her personal trainer and hasn’t looked back since.

“Being able to scan the bar code on any food package and get the calories instantly is amazing. Its changed the way I plan my meals. I can now look up the foods, track my day and plan ahead because I know exactly what I need for the day to stick to my target,” she says.

Chatterton, who downloaded the app earlier this year to lose a few kilos, now uses it as weight maintenance tool. More importantly, she says the tracker has given her the freedom to enjoy a Mars Bar without the guilt.

“The best thing about the app, for me, is that it focuses on macronutrients rather than total caloric intake. I am now not afraid of carbs or ‘bad foods’. Instead, I can see that all foods have a nutritional value and any food in moderation is good for you,” she says.

Assistant Strength and Conditioning Coach at ESS Performance, and Fitness Specialist at VS Peak Fitness, Vinay Srinivasan says, “MyFitnessPal, like most things, has its merits but also downfalls”.

“Some people become way too pedantic about weighing their foods so they don’t overshoot or undershoot their calorie targets.

“The beauty of it is that it allows people to eat in a very flexible way, as they can fit their calorie and macronutrient targets. Therefore, it takes people away from starving themselves with chicken and broccoli,” he says.

With this in mind, Srinivasan is selective when it comes to promoting the app and only recommends it to people who are able to use it wisely and not become too obsessive.

Since its inception in 2005, MyFitnessPal has accumulated more than 40 million members. In that time, a total of 45 million kilos have been shed, 423 million kilometres walked and 17.2 billion minutes of exercise completed.

With the rise of online DIY diets comes the inevitable downfall of established weight loss companies whose less sophisticated, expensive alternatives, are set to be displaced.

Flexibility, affordability and availability are the key traits consumers are now expecting from DIY diet plans. And with MyFitnessPal satisfying all three levels, and much more, it’s no wonder some companies are struggling to keep up.

For now, it’s not about the diet corporations fading into the background. DIY applications are taking over traditional weight loss measures, allowing consumers to become more independent on their highway to health.

The move is a result of growing demand.

Nothing could stop Mellberg