Jake Stringer and the Bulldogs look set to part ways. Where will the All-Australian forward be playing next season? 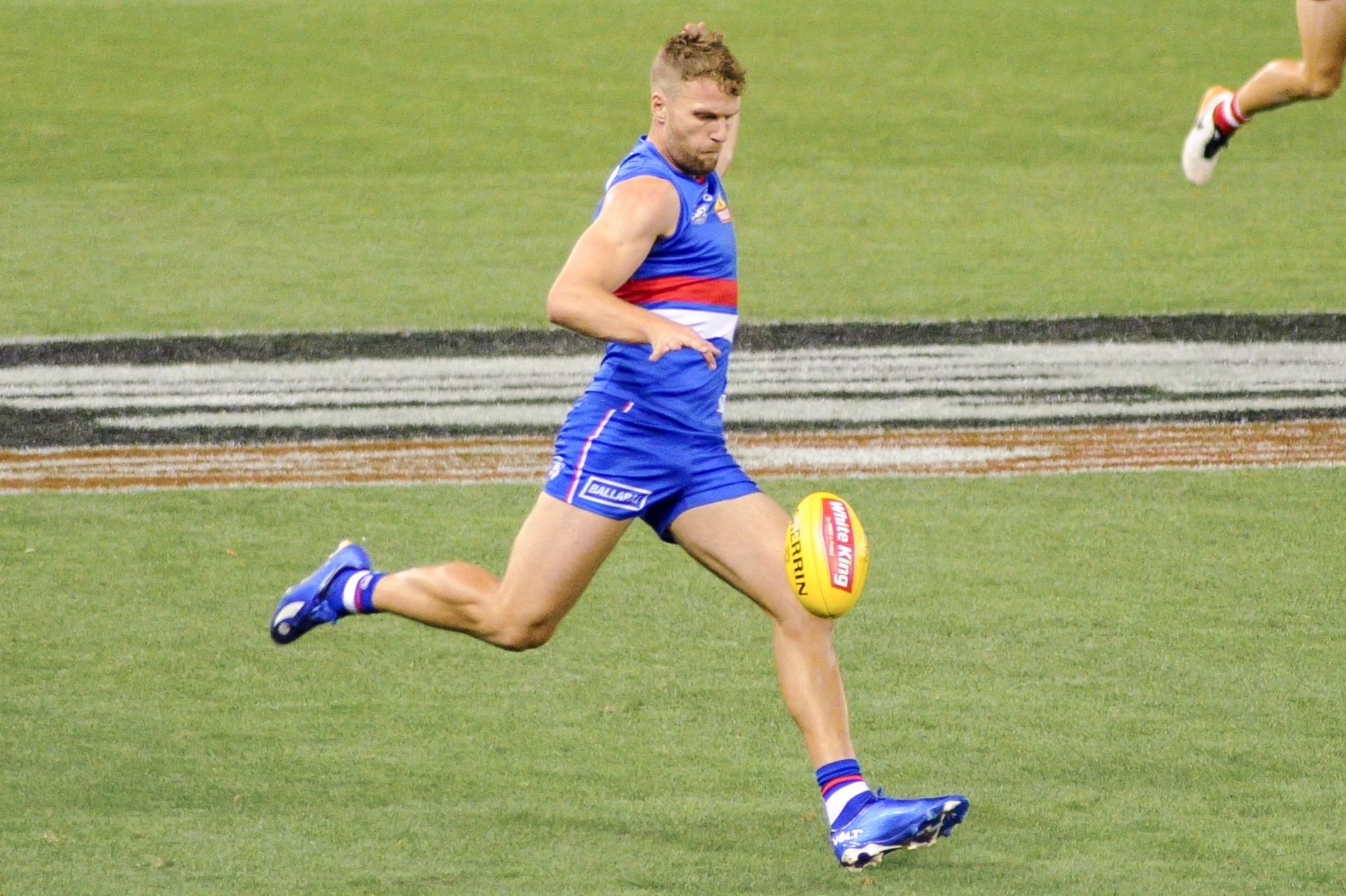 Western Bulldogs coach Luke Beveridge has confirmed speculation that live-wire forward Jake Stringer will be put on the trade table this off-season.

Both the club and Stringer mutually agreed that seeking a new home for 2018 would be best for both parties.

“Jake’s management and the club got together and both agreed we’d explore alternatives to him playing at the club and explore what’s right for his long-term future and the club’s,’’ Beveridge told the Herald Sun.

“It’s as simple as that … I’m not going into details.”

The 23-year-old is still contracted to the Dogs until the end of next season, meaning the reigning premier still holds the cards when it comes to what they receive in return.

“We’re not going to just say, ‘Here you go, you can have Jake Stringer’.

“We’ve said to him, you’re going to play here mate if no one is going to treat you with the respect you should have as far as what you have achieved, because we need to do what’s right for the club as much as you as well.

“We’ll try to work it out together.

“But when it comes to the point where both parties are saying maybe it’s best to explore somewhere else, it means then it’s right for that individual, but it’s also right for the group he’s going to leave behind.”

Jake Stringer the next Eddie Betts? This one could come back to bite the Dogs

While the leading factors contributing to the shock revelation are unknown, former North Melbourne player David King told Fox Footy’s AFL 360 that clubs ultimately run out of patience with his off-field behaviour. 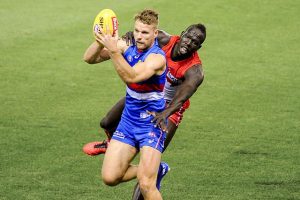 “And I don’t know what the specifics are… but that’s it in a nutshell, whether it’s on-field, off-field, it comes to a point where you have to cut the cord.

“I think disrespecting the group by constantly being late to training is something that in the end, kills you and you can’t live with.”

Stringer was named in the 2015 All-Australian forward line, in just his third AFL season, booting 56 goals.

On the cusp of emerging as one of the AFL’s elite forwards, Stringer has since struggled for consistency and only managed 24 goals in 16 matches in 2017.

This season, the Western Bulldogs became the first side since Hawthorn in 2009 to miss the finals after winning the premiership the previous year.

Geelong and Essendon are reportedly the frontrunners to obtain Stringer’s signature, while Richmond and St Kilda are also believed to have thrown their hat in the ring.

Jake Stringer to @EssendonFC? Does he add something to Dons in areas it’s most needed? Not convinced.

Debuting in 2013, Stringer has kicked 160 goals in 89 games for the Western Bulldogs.

Trengove was dropped for the game and has been linked to joining the Bulldogs throughout the season.

Jackson Trengove out of Port, despite all the public fluff in pressers. Continue to be told he is Winx odds to join the Bulldogs