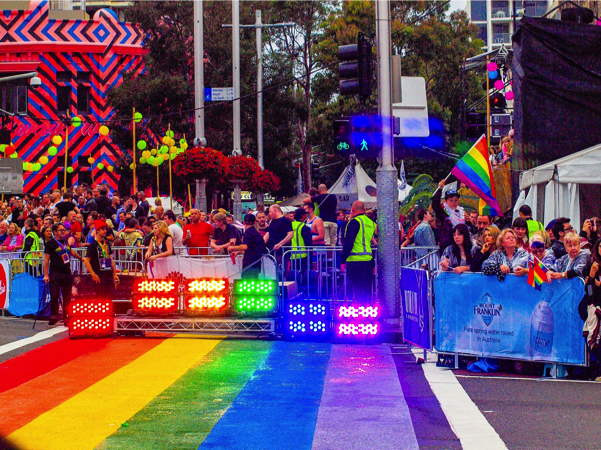 The 38th annual Gay and Lesbian Mardi Gras festival that took place in Sydney earlier this month will go down in the history books for more than one reason.

It was the first time a sitting Prime Minister of Australia has ever attended the rally, with Malcolm Turnbull and his wife Lucy showing their support from the sidelines of the Oxford Street parade.

But Opposition Leader Bill Shorten went one better, becoming the first major political party leader to march in the parade alongside his deputy Tanya Plibersek.

LGBTIQ rights activist Mathew Riley also attended Mardi Gras, expressing how important it was to see senior politicians getting behind the event.

“It was great to see Malcolm Turnbull attend the rally. It just shows that the leader of the nation supports the LGBTIQ community and shows younger generations that it is OK to be who you are and express yourself,” he tells upstart.

“There was so much love in the air and the atmosphere was incredible.”

Riley and his partner Jacob Carroll founded the social media campaign ‘Free the Emoji’, which uses emoticons as a platform to advocate for marriage equality. 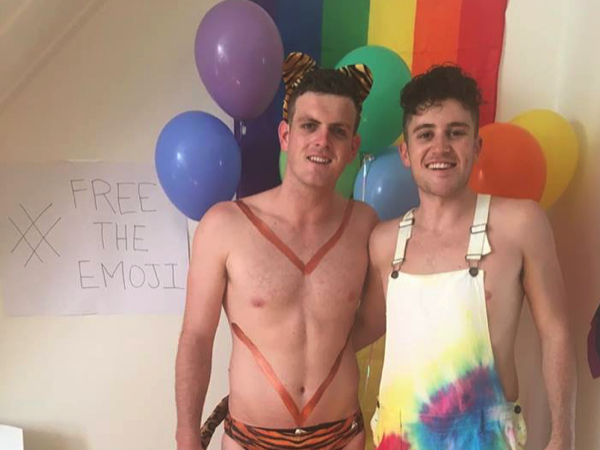 Riley says that they started the campaign because they were “fed up with sitting down and doing nothing” about same-sex marriage.

“After the successful referendum in Ireland, we saw the issue gaining momentum in Australia and thought it would be a great time to get up and start doing something.

“The idea behind it is that Apple and Android have emojis showing same-sex couples and same-sex families, yet here in Australia we do not allow same-sex marriage,” he says.

“Emojis have now become a part of everyday life and people use them to convey so many emotions so the idea of ‘freeing‘ the emoji is about allowing it to be who it wants to be and being able to love and marry who it wants.”

Riley believes that the more public support for this issue, especially politically, the more comfortable young LGBTIQ people will feel.

“I think it is important for the 16 year old kid sitting at home, confused about who they are, to see equality achieved,” he says.

However, whilst public outcry and political activism in support of marriage equality mount, there are still major political disagreements about how to reform the system.

Labor has promised to introduce a bill for marriage equality within the first 100 days of being elected but the Coalition is adamant about a national plebiscite.

Attorney General George Brandis told Sky News last week that if the Liberal Party were to be re-elected, Australia could expect the plebiscite later this year.

However, a spokesperson for the Prime Minister failed to back Mr Brandis’ claim later that same day, only saying that a plebiscite would be held “as soon as can be done” after the election.

Under this plan, a plebiscite would be undertaken early into the life of the new parliament and if the country votes ‘yes’, the government would move forward with the legislation.

However, both the Labor and the Greens have called the plan out as ‘costly and pointless’.

Whilst it was first thought the plebiscite would cost $160 million, a PricewaterhouseCoopers Australia report found that it could cost the Australian economy $525 million.

Andrew Giles, the Labor MP for Scullin, says that a national plebiscite is a waste of taxpayer money.

“What people elected me and 225 other members of the federal parliament to do is to make laws and that’s what we should be doing. The easiest way for marriage equality to happen is for the bill to be brought on for a vote.” Giles tells upstart.

“That could happen in the House of Representatives when parliament go back on Tuesday, if the government are prepared to do so. It could then go to the Senate and marriage equality could be law in a matter of weeks.”

Giles says that whilst this would be the best option, it looks unlikely.

“It seems, unfortunately, that Malcolm Turnbull, despite going to the Mardi Gras, despite saying he’s committed to marriage equality, is more committed to retaining the board of reactionaries within his party than doing what I think he knows to be the right thing,” he says.

Riley agrees that a national vote is not necessary.

“I see marriage equality as a human right and I see it as the government’s role to uphold and enforce human rights and equality. Discrimination should not be tolerated.”