NSW Police are looking to cancel the event due to COVID-19 health concerns. 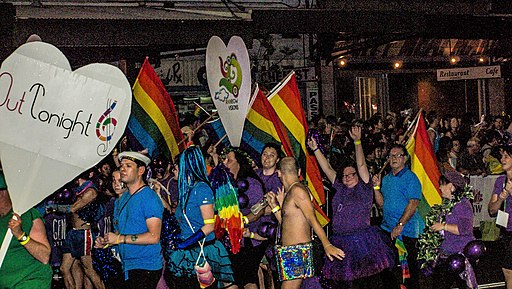 Organisers of a march planned for this weekend opposing controversial changes to the historic Mardi Gras event, will go ahead despite NSW Police planning to take the case to the supreme court.

Protests are in response to announcements that organisers will be charging for the main Mardi Gras event, which will be held at the SCG, instead of the free annual march down Oxford Street to Hyde Park.

The decision to introduce paid attendance has sparked outrage and public opposition.

NSW Police will take the case to the Supreme Court in an attempt to halt the gathering from taking place, due to COVID-19 health concerns.

The NSW Police declared the march unauthorised after 900-1000 people expressed interest in attending, which exceeded the limit of 500 people in political gatherings.

Organisers have confirmed the march will go ahead with appropriate COVID safety measures.

Pride in Protest spokesman Toby Walmsley told the AAP that the march is taking place because this year’s Mardi Gras does not represent what the event should be about.

“The SCG event is a paid event and we believe the essence of Mardi Gras is political and about fighting for our rights today,” he said.

“We don’t believe the SCG event is in the true spirit of Mardi Gras and that’s why we called our own event.”

NSW Police said in a statement they would “continue to hold discussions with organisers in an attempt to ensure compliance with current health orders and the safety of all persons”.

The Mardi Gras is a historic parade which dates back to 1978. It celebrates creativity, self-expression, and representation of the LGBTQI community.

Photo: Mardi Gras in Sydney Australia By Hasitha Tudugalle available HERE and used under a Creative Commons Attribution. The image has not been modified.