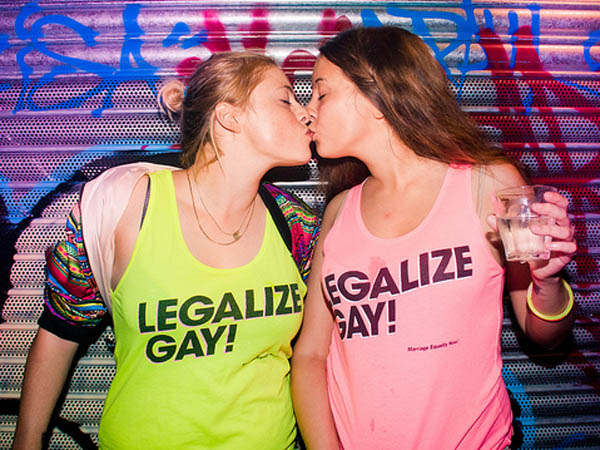 The effects of legalising gay marriage are even more profound than simply rectifying a piece of potentially discriminatory legislation.

A significant body of research is beginning to indicate that marriage equality can dramatically benefit mental health in the Lesbian, Gay, Bisexual, Transgender and Intersex (LGBTI) community.

This is particularly significant due to the disproportionate representations in LGBTI people suffering anxiety, depression and suicide within Australia.

Warren Talbot, from the National LGBTI Health Alliance told The Australian gay, lesbian and bisexual people are three times more likely to commit suicide than heterosexuals, while transgender Australians are as much as 14 times more likely.

Beyond Blue have found that the high rates of anxiety and depression in the LGBTI community are largely due to prejudice and discrimination from the broader population.

Mental health organisations such as Beyond Blue have endorsed marriage equality as a measure to remove the institutionalised stigma around homosexuality and reduce this prejudice and discrimination.

Dr Damien Riggs, convenor of the Australian Psychology Society’s Gay and Lesbian Issues in Psychology interest group, has studied the link between same-sex marriage legislation and mental health and its capacity to create exclusion.

The link between legalising gay marriage and improving mental health has been illustrated abroad.

In the US, studies on the states that have gone from banning gay marriage to legalising it have demonstrated the positive improvements these reforms have on mental health.

According to the NPR, “A study conducted in Massachusetts,[found] that gay men experienced fewer stress-related disorders after that state permitted gay marriage.”

Alternatively, states where gay marriage went from being legalised to banned resulted in an increase in mood disorders and general anxiety disorders.

With these developments in mind, director of Australian Marriage Equality, Rodney Croome, believes that legalising gay marriage is paramount to improving mental health.

“I’m under no doubt at all, that based on those studies, that marriage equality will improve the mental health of LGBTI Australians, particularly reducing rates of depression, anxiety and suicide,” says Croome.

The Australian Psychological Society, which represents 20,000 psychologists across Australia, have endorsed the move to legalise same-sex marriage on mental health grounds.

“It can definitely reinforce low self esteem, [and] it can certainly reinforce internalised homophobia,” says Martin.

“It can absolutely cause things such as anxiety and depression.”

Martin also expresses the view that these effects on mental health are not just limited to LGBTI people, but also extend to surrounding family and friends.

“In terms of the flow on effect, when gay and lesbian people are suffering mental health issues as a result of this dynamic, it will absolutely impact on the people around them,” he says.

Legalising gay marriage can result in positive mental health effects beyond the people that are directly affected.

“The benefits of marriage equality will not only benefit same-sex partners but their families. That’s many millions of Australians that are the children, parents and relatives of same-sex partners,” says Croome.

While the impact that a nationally sanctioned approval of same-sex relationships can bring is profound, legalising gay marriage is just the beginning to a long road of addressing the mental health concerns of LGBTI Australians.

In terms of the prejudice and discrimination experienced by the LGBTI community, Riggs says legalising same-sex marriage is a necessary first step.

“Not everyone is going to change their opinion but lots of people will when they realise their views may be a bit outdated,” says Riggs.

While the issue is complicated, and wide-spread discrimination and prejudice is not easily resolved, the healing process can only begin by first righting a long-standing wrong in public policy.