Former players Lisa De Vanna and Rhali Dobson have come out revealing they were victims of bullying and sexual harassment while in the national women's set up. 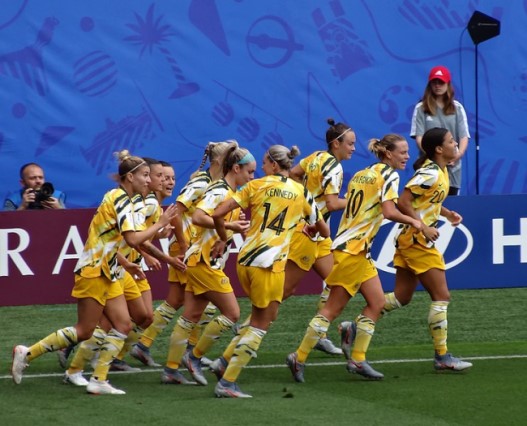 The current Matildas team have broken their silence over allegations of abuse, bullying and sexual harassment, issuing a statement this morning defending their “professional, inclusive and supportive” team culture.

The statement comes after recently retired striker Lisa De Vanna last week alleged she was ostracised and experienced bullying and sexual harassment throughout her international career.

Football Australia said it’s committed to supporting De Vanna while they investigate her claims alongside Sport Integrity Australia, who are opening an independent complaint process to begin their own investigation.

The current contracted @TheMatildas have made a statement regarding today’s team culture and stance against inappropriate behaviour. pic.twitter.com/58QlkgSEnH

The Matildas said in a group statement they were aware how serious De Vanna’s claims are.

“We acknowledge the seriousness of Lisa’s allegations about the past and we empathise with her for not feeling like she could come forth earlier,” the statement read.

“We will work with Football Australia, the PFA and Sport Integrity Australia to ensure that all current and future players feel comfortable, safe and able to report instances of inappropriate behaviour, in a timely manner.  There must also be a trusted process to deal with these complaints.”

The group said they were disappointed at the accusation of not being accepting and inclusive, and say they don’t condone any inappropriate behaviour.

“As a group, we represent the values reflective of Australia and that includes acceptance and inclusivity, regardless of sexuality, ethnicity or culture,” they said.

“It was disappointing to observe conversations inferring the group is not accepting of differences, especially given the diversity that exists within our current leadership group on all those fronts, let alone across the broader team.  We would also like to re-iterate the professional standards that surround the current team today.”

The team spoke at length about the allegations and the impact they had.

“We hold this team close to our hearts and for many, this team has been a safe haven.  It has given us strength and purpose throughout our careers.  We are together like a family in this, from our oldest to our youngest player, and the difficulties we’ve faced in the last week have only made us stronger as a group,” they said.

“We stand supportive of athletes who are able to come forward and report instances of inappropriate behaviour in their respective environments, and therefore welcome an independent review into this matter.”

Kerr described the Matildas as a “safe haven” alongside an image of the Matildas’ statement in an Instagram post.

“I have been a part of this team for 12 amazing years, from 15 years old to now. Throughout my career the Matildas have been a safe haven for me and allowed me to grow into the player and person I am today. I count myself lucky to be a part of this amazing group of athletes and people.” she said.

Vice-captain Steph Catley also commented, saying that “the Matildas have always been a second family to me”.

“I have spent more time with these players and these staff members than I have with my own family at times, and I have always felt at home and safe. I am proud to be part of this family and will always support and care for the people within it,” she said.

Photo: Australie Team (Women World Cup France 2019) by Liondartois available HERE and used under a Creative Commons Attribution. The image has been resized.