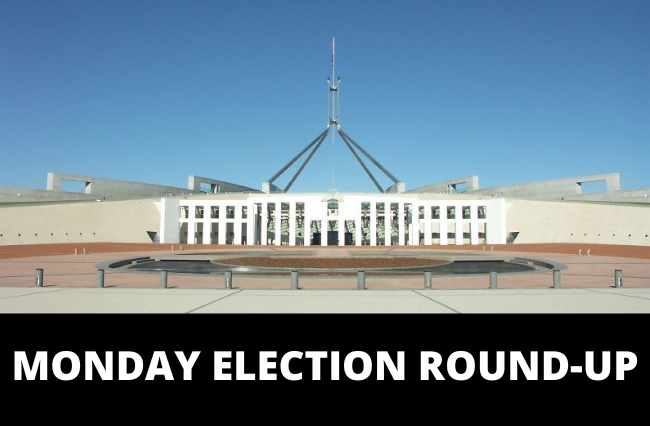 Morrison and Albanese faced off in the second leader’s debate

On Sunday night Morrison and Albanese faced off in the second leader’s debate with the final votes showing a 50-50 split on who won.

Morrison and Albanese faced questions from a panel of three journalists from the Nine network.

The debate kicked off with the two leaders being challenged on the cost of living pressures.

Morrison pointed to measures such as the cut to the fuel excise and tax cuts that were announced in the budget.

“We cannot control all the forces that are coming from overseas, but what we can do, by managing money well, that puts downward pressure on inflation,” he said.

Albanese announced his party’s plans to achieve cheaper childcare and cheaper medicines that were “aimed at growing the economy in a way that doesn’t put additional pressure on inflation”.

Both Morrison and Albanese both ruled out an extension of the cut to the fuel excise, which is set to end in September.

Morrison and Albanese were also asked what they would do to help young Australians’ rising rent and housing prices.

Labor leader, Albanese, said “young people are doing it really tough” and promised increased investment in social housing as well as a plan for 10,000 affordable housing units for essential workers.

Morrison however, said the Liberal Party will focus on getting young people into jobs.

“I know from being a social services minister that if you don’t get a young person into a job by their early 20s, the chance of them spending a lifetime on welfare goes through the roof,” he said.

“My mission has always been to get young Australians into work.”

Early voting has opened today allowing Australians who can’t make it in person on 21 May to cast their vote.

The Australian Electoral Commission (AEC) has a list of 500 early voting centres across the country that people can go to.

However, AEC commissioner Tom Rogers says everyone should vote on 21 May if they can.

“Australian elections are in-person events – once every three years the country comes together in a transparent and secure environment to have their say,” he said.

“If you can vote on election day then that’s what you should do. However, if your circumstances might prevent you from doing that then you need to think about the early voting options available, and vote according to your circumstances.”

No registration is needed for voting early if you’re casting a ballot in person.

Postal votes have also opened for those who can’t make it on election day.

To vote by post an application must be submitted by 18 May on AEC’s website. They must also be completed by 21 May and signed by a witness.

The postal votes must arrive to the AEC no later than 13 days after polling day or else they won’t be counted.

Morrison has pledged the religious discrimination laws will still be a priority for the Liberal Party if re-elected this year.

Morrison has doubled down on re-introducing the religious discrimination bill without further protections for gay or transgender students saying there is no evidence of them being expelled from religious schools.

“There is no evidence [of that] because the religious schools themselves don’t wish to do that. They don’t wish to do it. This is an issue that is actually not occurring in these schools,” he said.

“We’ve been having this conversation for about the last four years, and on each occasion, it has been presented that apparently students are being expelled each and every day, each and every week, or each and every year.”

The religious discrimination bill that the government attempted to pass earlier this year was shelved after five of its MPs crossed the floor to vote with Labor.

Morrison previously promised he would amend the bill to add extra protections for gay and transgender students when reintroduced. Labor leader Albanese said he “was astonished he has walked away from that”.

“We need to protect people from discrimination, whether it’s religious discrimination or on the basis of sexuality,” Albanese said.

“If people don’t think some young people are discriminated against and vilified, then that just does not reflect reality.”

The Labor Party supports new discrimination laws however, Albanese has not provided a timeline for any accompanying protections for gay and transgender students.

One of the five Liberals who crossed the floor earlier this year, Katie Allen, said she would not rule out doing the same again if there were no protections for gay and transgender students.

“That’s the thing about political negotiations, it is always a negotiation and I will stick with my position because I believe in the protection of gay and trans students.”