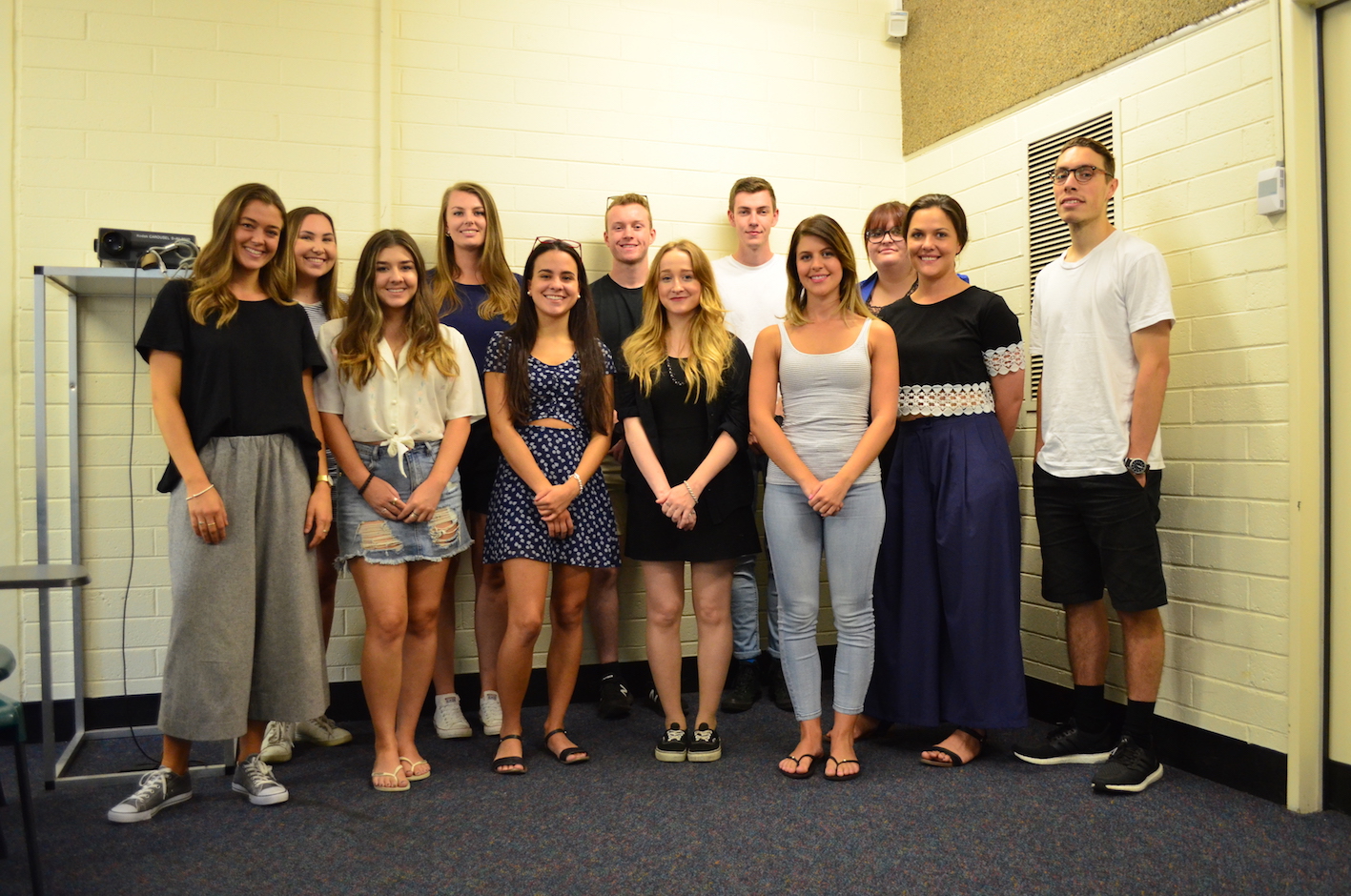 Jesse is a third year Bachelor of Media and Communication (Journalism) student at La Trobe University. Jesse is from Mildura, in the northwest of Victoria and is a lover of all things politics and sport, namely AFL and EPL. Jesse writes for SBS Radio Sport and SEN America. You can follow his ramblings on twitter at @Jesse3robinson.

Natasha graduated in 2016 with a

Bachelor of Business in Event Management and Tourism Management from La Trobe University. Natasha is currently undertaking post-graduate study in a Master of Communication (Public Relations). In 2015, Natasha was selected to intern with The Smith Family. Her internship experience has led her to speak at College of ASSC staff forums about the importance of internships and work-integrated learning. Since then, Natasha has been profiled on La Trobe’s website, has spoken at La Trobe open days and has been featured on a range of La Trobe publications, including prominent billboards. Natasha is passionate about education, volunteering and getting involved in extra-curricular La Trobe opportunities. She is looking forward to the challenges that await her at Upstart and will make things fun for the team with her honesty and fantastic sense of humour. You can follow Natasha on Twitter: @NatashaTzikos

is in her fifth year at La Trobe University. She recently graduated from a Diploma in Languages and is in her final semester of a Bachelor of Journalism. During her time at university Rebecca spent a year studying abroad in Japan and America. In the future, Rebecca hopes to be a kimono-wearing, Tokyo-dwelling, Japanese-speaking journalist. Rebecca’s hobbies include reading, snowboarding and travelling. Every spare second she has is spent compiling her extensive bucket list and planning her next getaway. Follow her on twitter @RebeccaTodesco

hird year Bachelor of Journalism student at La Trobe University. She has a keen interest in crime, culture, lifestyle and international relation’s and loves to indulge in a wholesome, interesting and honest story. Outside University, she expresses her creativity through music, acting and art and almost always finds herself diving deeper into yet another bowl of edamame. While working for upstart, Jiordan is looking forward to learning more about the industry and developing new journalistic skills. You can follow her life quest on Twitter: @JiordanT

is a third year Bachelor of Media and Communications (Sport Journalism) student at La Trobe University. His journalistic experience varies from work experience at The Age, to writing for a multitude of local football publications across Melbourne. After thoroughly enjoying his role as a staff writer for upstart last year, he’s decided to take on a Chief of Staff role this time around, before spending his final university semester on exchange. You can follow him on twitter: @tomodell18

Jess is in her final year of a Bachelor of Media and Communications (Journalism) at La Trobe University. She moved to Melbourne from the Albury-Wodonga region to pursue journalism studies.  Jess is passionate about the world around her and has a keen interest in all things politics, she can often be found yelling at her television during Question Time. Outside of uni, Jess enjoys swimming, music, the Sydney Swans and drinking copious amounts of tea. You can follow her on Twitter @jesscoates4

indlay is in the final year of completing his Master of Communication (Journalism Innovation) at La Trobe University. Samuel also has an undergraduate degree in Communications and Media Studies from the University of Wollongong and has spent time as a freelance writer covering sports, lifestyle, health and pop-culture. He currently writes for the Arsenal blog, Gooner Talk, and has his own podcast, The Samuel Findlay Podcast. When he is not writing, Samuel likes to drink coffee. You can follow him on Twitter: @SamuelFindlay

JessieAnne is in her third year of a Bachelor of Journalism, and is a staff writer at Upstart and Rabelais magazine. She has also worked as a station reporter for 3CR Community Radio. She hopes to wind up working with the ABC, SBS, Guardian, or similar, in either radio or written content. Stalk her on Twitter at @jessieanne08, where she promises not to tweet a single cat picture.

e is a third year Media and Communications (Journalism) student at La Trobe University. Her interests include netball, rowing and the AFL, especially the new women’s league. She currently writes on occasion for Girls Play Footy, a website focused solely on providing coverage of the AFLW and other female football. When she’s not playing or watching sport, she spends the majority of her time on public transport and listening to musicals. You can follow her public transport struggles and other interests on Twitter @sophieettaylor

Lowry is a third year Bachelor of Media and Communication (Journalism) student. Originating from the country town of Mildura, she made the move to Melbourne to pursue her dream of writing. She is interested in all things culture and lifestyle, and is passionate about discovering all she can about the world and exploring important social issues. In her spare time, you can find her obsessing over her two dogs or scrolling through Cool Dog Group on Facebook. You can follow her on twitter here: @keely_lowry

Eden is in her final year of a double degree in a Bachelor of International Development and Journalism at La Trobe University. After taking a two year break from study to travel and live in Southeast Asia, she has returned with a greater appreciation for international culture, language and food. She hopes to one day work as a journalist exploring the natural world and learning as much she can from the people she meets. You can follow her on Twitter at @Eden_Hynninen

a is completing a Graduate Diploma in Communications (Journalism Innovation). She is news hungry and can spend hours reading up on the latest stories as well as in-depth features and opinion pieces. Fiona has an abiding love for film, having been a former editor of online film journal Senses of Cinema www.sensesofcinema.com. She writes film reviews for The Big Issue.

Haley is a third year Bachelor of Media and Communication (Journalism) student at La Trobe University. Haley is from Byron Bay, a small coastal town in New South Wales. She has worked as a social media coordinator and content writer for Finvest and has an interest in social issues, culture and lifestyle. She eventually wants to end up writing or broadcasting news. You can follow her on Twitter: @haleybattersby