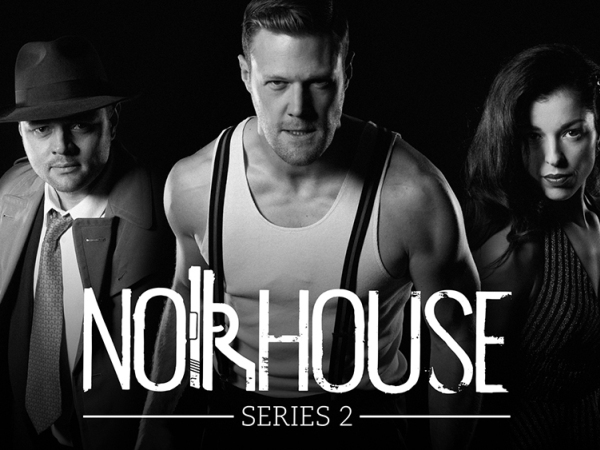 Better than a Midsummer Murders case, a hard-boiled detective, sultry femme-fatale, and a sentimental Russian thug share a house in present day suburbia. They would have killed one another already, but the dead don’t pay the rent. This is a share-house full of flying bullets, steamy looks, and split bills.

What is it like to represent Tasmania in your web series?
Despite the fact that a lot of Tasmanian filmmakers are getting stuff out there, a lot of people don’t think there’s much going on in here in Tas. We’re happy to represent the fact there’s cool shit getting made here!

What was the biggest challenge you had to overcome making this series ?
The concept is weird, so it was always hard to get it across to investors. We found doing a low budget first series gave us a proof-of-concept that sold people.

How do you reach your audience?
Initially, a lot of our audience came through social media. But with series 2, the vast majority of our audience found us through ABC iview. We make serial narrative content, which is the kind of thing people want to watch from their couch, not their laptop. It works a lot better on a curated platform where people are looking for a lean-back experience.

What’s the magic formula for a successful web series?
I think the key is to know what you want out of it. If you define success as going viral, you’ll probably fail. Instead figure out what you’re working towards, and use everything you make as a stepping stone. That might be a minimum viable product to show what the higher budget option could be, an experiment in a particular genre, or a way to build a niche audience that will be receptive to further projects you’re planning on.

From start to finish, how long did it take to complete this project?
We started writing Series 2 in February 2014, and launched it at the start of November 2014.

Are there any web series, other than your own that inspire you?
Anyone who actually gets out and makes something instead of talking about it forever gets respect from me.