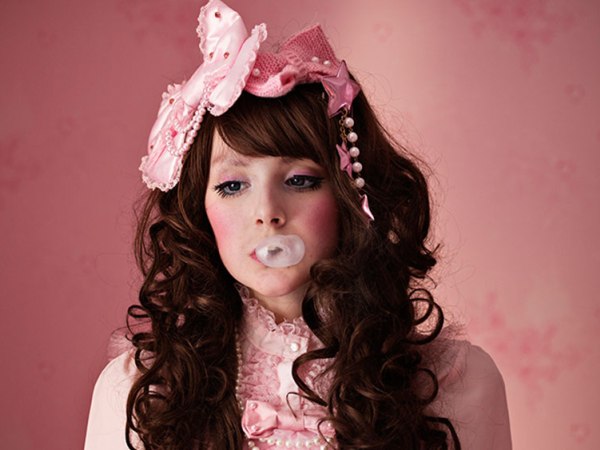 Stories of Youth – a portrait of a generation  is a multimedia representation of an entire generation of young people from across Norway, created by: Lars Øverli, Martin Slottemo Lyngstad, Aleksander Andersen, Katinka Hustad and Anton Ligaarden of Paragon Features.

The project consists of 35 biographical stories of young Norwegians, each presented through photography, video and text.

It searches for their uniqueness through documenting their everyday lives, values and ideals, but puts them in a broader context through timeless themes such as rebellion, illness, love, drugs and dreams.

Stories of Youth – a portrait of a generation is an insight into the diversity that you will find without looking, which shapes the future, right now, day by day. So who are they really? They are children in care, asylum seekers, single mothers, musicians and criminals. They are popular, lonely, anxious and dreamy. Together they are the next generation of adults.

You’ve lived and worked together on a bus for two years, and you somehow still seem to get along. What’s your secret?
During the 18 months of fieldwork we had only 15 square meters of space to eat, sleep, and work on the bus. It was a challenge, but we started as good friends with a mutual goal. It has not only been a sunshine story, sometimes it has been quite turbulent… but not as much as one would think. We think that the mutual goals, being together a lot in the field, and that we have some kind of a extraordinary chemistry between the group members, are the secret to why we still work together in the same office – and enjoy it. Though not on the bus any more, we now live in separate flats.

Paragon Features started in 2011, in the wake of the terror attack on Oslo and Utøya. How did you find inspiration in those tragic events to come up with a project of such scope?
Martin’s brother was on the summer camp on Utøya Island. Though his brother survived the attack it made a huge impact on Martin and his family. On the other side of the police barriers was Aleksander working as a photographer for the picture agency Scanpix and Lars as a journalist for Aftenposten. Since we were so close to the attack on both sides, we wanted to make a project in the aftermath of the attack, putting it all in a larger context.

What was the most difficult challenge you had to overcome in production, and how did you go about it?
We shot still photography as well as video during the fieldwork. Each of us were alone in the production of the stories and had to write the text story, shoot the pictures and the video. The hardest part was knowing when to shoot pictures or video. And since we did everything on our own, we have lost the possible quality of sound, still image, and video in many occasions, which then made it more difficult to edit in post production. Then again we would not get so close to the people if we would have been a big team on each story.

Why should people watch your series?
It’s a unique insight to a generation who have been brought up in one of the best countries in the world. It’s an insight to what it means to be young in a society that’s both extremely fragmented and connected at the same time. It is not casted like a reality show; it is brutally honest and real. And it’s photographed as traditional documentary photography with quite beautiful pictures. Go watch it!

From start to finish, how long did it take to complete this project?
It took three and a half years from August 2011 until December 2014

What is your favourite thing about making web series?
One of the best things is to experiment with new things, new ways to tell stories and with things you do not know so much about. To learn from your mistakes and to find a way to format it online is not yet settled in any way. The web documentary is still a young phenomenon and does not have as many boundaries as other platforms. And of course it feels good when your work inspires and entertains a lot of people. The web series has had 650,000 views, which is a great number for a country with only 5 million inhabitants.

Are there any web series, other than your own that inspire you?
The work of a young documentary creator, Anton Ligaarden inspired us; he has a unique way of telling stories with beautiful image, and making the scenes tell themselves. Ligaarden came to work on the post production on our project, where he did most of the final editing.

When are you completely satisfied with your work?
Never. Only when there is no more time left to do anything. What we are most satisfied with is that we accomplished most of our giant goals set in the beginning.

As a multimedia reportage agency, what other multimedia projects are you working on?
Since this project was launched and presented we have not yet started on any larger projects. We have used a lot of time presenting the project and doing smaller assignments for various media houses in Norway. We have some good ideas and want to start working on other projects soon. But probably not on a 15 square foot bus.

Please tell us a quirky and/or interesting fact about yourself or team that’s unrelated to your web series?
While working on the first part of the project in Aleksander’s hometown Kongsberg, we also renovated the bus for our long journey. And what we used most of our energy on was building a new bathroom in the bus. We put tiles on the floor, new walls, a new sink and shower. It took a lot of time, made the most frustration and cost the most money. We spent total 50,000 NOK (8,318 AUD) of our savings on something we ended up never using as anything else other than a storage room for the whole 18 month journey.