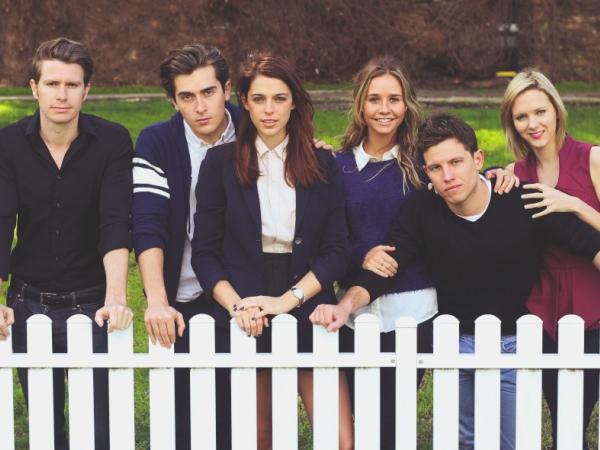 As the name gives it away, Tatjana Marjanovic’s web series is set and filmed in Sydney. We rejoin our favourite law students as they shake the sand off their towels, throw out the last of the vodka bottles and rejoin the rest of society after 3 months of summer holiday bliss.

It’s back to reality, back to university and back to all that drama that they thought they’d left behind. Summer might be over but things are just starting to heat up in the 2030… Get involved #SYD2030

How long did you want to make this series before you got started?
We had the idea of a second season right after we finished the first season but it took me 18 months to write and it took the company another 18 months to get the cast, crew and finances sorted. So it took us 3 years all up to get it all together.

How much of your own experience as a law student informs the narrative in SYD2030?
I wish my time at law school was like SYD2030! Sadly only the structure of the semester and the assignments the students have to do in the show were taken from my experience. The supporting characters are also loosely based on people I used to know in Law School.

What do you want audiences to take away from your series?
I want people to look at the show as a guilty pleasure, 15 minutes of their lives where they can escape to Eastern Sydney Law and the debauchery and antics the students get up to.

How do you finance your series?
We crowd funded the second series with Kickstarter and raised $40,000 from our fans and private investors alike.

What was the most difficult challenge you had to overcome in production, and how did you go about it?
EVERYTHING. No just kidding – I think without a doubt the toughest part of filming is scheduling. Even with the little money we had making sure that cast are free, crew are available and the location is vacant and ready to use for 15 days was something short of a miracle. Patience and a lot of emailing is the key. I don’t think there is any other way around it when you’re on a small budget production.

Was it quite easy for the actors to slip back into their roles?
I think after spending so much time as their characters in the first season all of the actors went straight back into it very easily and effortlessly. In a way they are their characters and no one else would ever be able to play them as well as they all did – they created those characters idiosyncrasies, their mannerisms.

Is your series an ongoing project? If so can you give us some clues about what comes next?
I would never say never but I feel like SYD2030 has run its course in the webseries format and we are looking at making it in a longer form of drama.

Were you completely satisfied with your work?
Absolutely. Everyone gave 120% every day they were involved. We did the best we could do with the resources we had and in my opinion, we nailed it.

What’s the magic formula for a successful web series?
Building a strong and loyal fan base and then maintaining it. You can have an amazing show but if nobody watches it then what is the point really? We are extremely lucky to have such an incredible fan base who helped fund the second season and who have stayed with us every step of the way and without that we would not be where we are today.