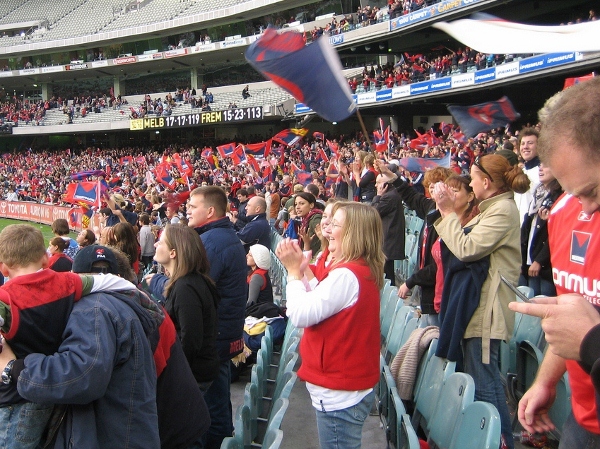 There was one positive for the Melbourne Football Club in 2012, but it seems to have been forgotten amongst the club’s many failings.

Make no mistake; last year was a horrendous one for the Dees.

Club legend Jim Stynes passed away, and the Dees lost their major sponsor, along with star player Liam Jurrah. On top of all that, the side – under new coach Mark Neeld – won just four matches for the season.

But remarkably, despite all these factors, the Demons achieved something significant in 2012.

For the fourth year in a row Melbourne made a financial profit.

And now, the man responsible for Melbourne’s only real success in recent years is gone, just two weeks into the season. 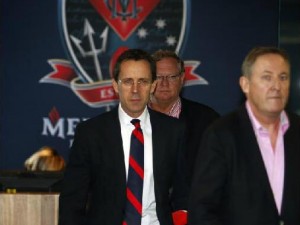 CEO Cameron Schwab was asked to resign yesterday, and agreed to step down “in the best interests of the club.”

It was baffling to see Schwab exit the Demons, particularly considering how vocal Melbourne President Don McLardy was in his support of Schwab over the last few days.

During an interview on ABC radio on Sunday, Don McLardy acknowledged that the Melbourne Football Club could be split into two entities: “the football side… and the club.” McLardy stood firm that Cameron Schwab – as head of the club – had held up his end of the bargain.

“We have been well led, our board is very strong, our CEO Cameron Schwab is highly experienced,” said McLardy. “I believe off-field we have led extremely well, we’ve dealt with difficult issues and we’ve put ourselves in a position to compete.”

Gerard Whateley – the journalist interviewing McLardy – suggested that in the best clubs the two departments are not separate. McLardy disagreed.

It was puzzling then, to see McLardy explaining only two days later that despite Schwab’s recent successes as CEO, the club is ultimately marked on its on-field performance. That is the main reason Schwab is no longer at Melbourne.

McLardy also acknowledged yesterday that Schwab was forced out because he “polarises” supporters.

“We have a divided supporter base”, said McLardy. “We have to sit down and take that into account.”

Just a day earlier, McLardy wrote – in an open letter to supporters and members – “despite temptation and outside pressures looking for us to make radical changes, these will not occur.”

Another passage read, “we highly value internal stability – the lack of which has been a downfall of our club in the past – and we will not bow to the external elements that try to destabilise our club at times such as these.”

There’s no further need to highlight the farcical and conflicting public statements from President Don McLardy.

What is important though, is this question: does the CEO of a football club have a direct impact on its playing group?

The club that most others seek to emulate, in terms of off-field stability, is Collingwood. So, comments made by Magpie captain Nick Maxwell yesterday might provide the answer.

Speaking on 1116 SEN, Maxwell said that in his experience, the club’s CEO has very little to do with its players. Maxwell also outlined his understanding of the CEO’s main role – to make as much money as possible “to pump back into the football department.”

In 2012, Melbourne increased football department spending by $1.674 million, and – as mentioned earlier – still made a profit.

The Demons might increase their tackle count, put in a brave performance, or – god forbid – even win this weekend. But if they do, it won’t be because Schwab has moved on.

Changes to the club won’t translate to changes to the team. If they did, and the Demons were half as unpredictable on the field as they are off it, Melbourne supporters could expect a win this weekend.

As it stands, Melbourne has lost a key member of its football club who was doing his bit to keep the club afloat in a difficult period. The same cannot be said about many others at Melbourne, whose positions should have been questioned long before Cameron Schwab’s.

The Demons have made plenty of mistakes already this year. Yesterday’s decision might well be the worst of them.