Is it cool to ride without handbrakes or plain stupid? 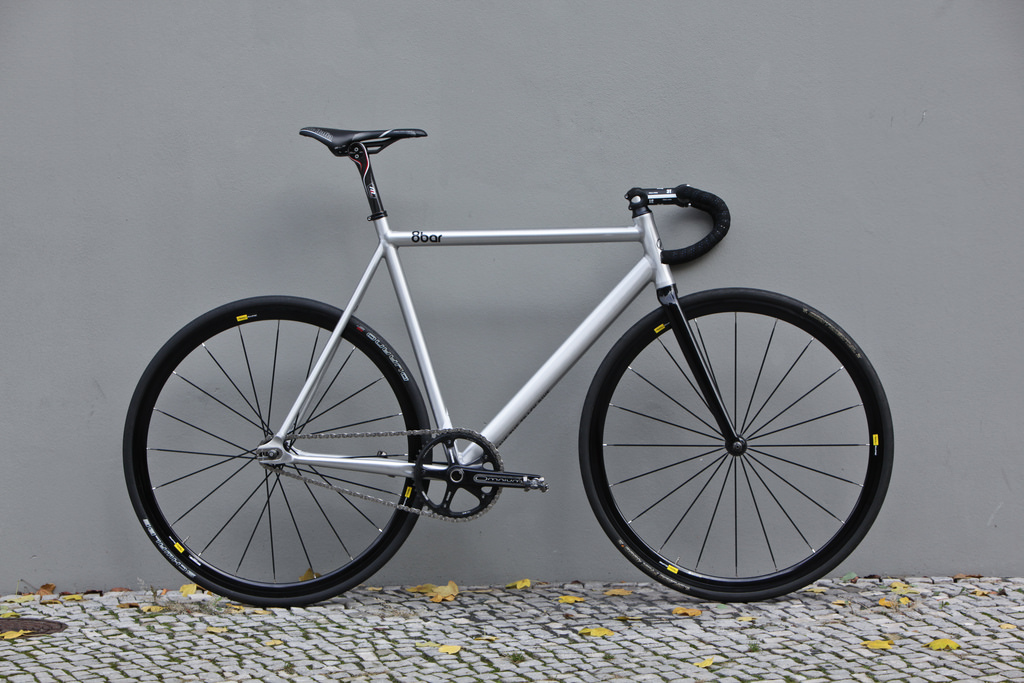 Riding through the streets of Melbourne can be a dangerous task at the best of times, yet some people are choosing to do it without any handbrakes.

Brakeless bikes have become more common on the streets as fixed-geared bikes, or ‘fixies’, rise in popularity.

What were originally used by couriers to weave in and out of traffic on the busy streets of New York City, have now spawned their own subculture here in Australia.

Not only does the removal of gears make the bike lighter and easier to maintain, it gives the bike a minimalist, or ‘clean’, look.

On fixies, the crank is chained directly to a fixed rear hub, which means the pedals are constantly rotating with the wheels. This enables skilled riders to control their speed or stop by resisting the spinning of the pedals, using a controlled skid to stop.

Striving for the ‘cleanest’ bike possible, some fixie riders even remove the hand brakes from their bikes.

Fixie builder and rider, Nick, says his daily commute is more exciting without them.

“I love the thrill of riding through peak hour traffic with no brakes, and that the only way of stopping quickly requires skill,” he says.

This is despite Victorian law, which requires all bikes to have at least one hand brake fitted to the front or rear wheel. Not only are you uninsured and liable if you have an accident on a bike without brakes, you can also be fined a hefty $194 by Victorian Police.

Fixies aren’t just a way to get around, they’re one of the trendiest accessories in the alternative community, says Nick.

He believes riding with no brakes also comes down to status. “To some, having no brakes is a way of showing how gutsy a rider you are in the fixie community.”

Although he thinks most capable riders can learn how to stop without brakes with practice, Nick understands why brakes must legally be fitted. “I believe you can stop quickly on a fixed-geared bike with practise, but never as quickly as you would with brakes.”

“If it’s wet, there’s no chance that a rider on a fixed-geared bike can stop quickly,” he tells upstart.

Internationally, fixies have come under scrutiny recently after woman was hit and killed by a young man riding a bike without brakes in London.

Crash investigators who studied the footage found that, had the bike been fitted with a front brake the rider would have been able to stop in time to avoid an accident.

The rider has been charged with grievous bodily harm and could face up to two years in prison.

In Australia, selling bikes without safety features such as a front or back brake could result in fines of up to $1.1 million for companies, and up to $220,000 for individuals.

Owner of Treadly Bike Shop, who specialise in single-speed and fixed-speed bikes, Sam Neeft, says brakes are necessary on fixies, even if used just in emergencies.

“We sell our bikes with a front and back brake, and recommend that people leave them on.”

Sam says police are on the lookout for people riding without brakes. “I’ve been pulled over by police before just because I was riding a fixie, but because I had a front brake I was fine.”

He says it’s a matter of time before police crack down on brakeless bikes. “Once there’s a serious injury or death, police will really be on the look out.”

Andrew has recently moved from Adelaide to Melbourne to study a Master of Communication (Public Relations) at La Trobe University. Follow him on twitter at andrew_handley.