Proactively seeking help is still a challenge for many Australian men. 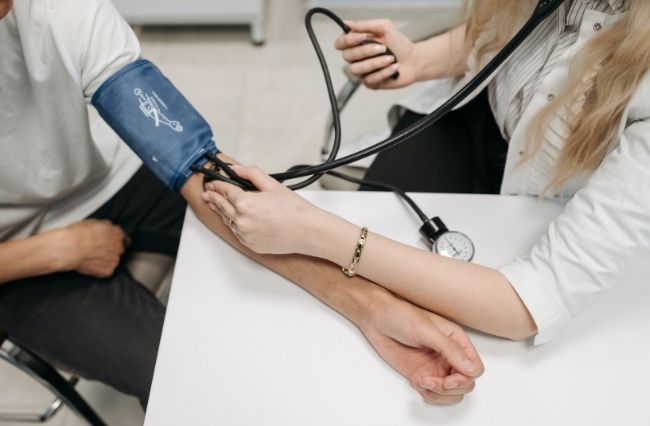 “If anything doesn’t feel right with your health, please go get yourself checked. It could save your life,” said AFL footballer Sam Docherty in an online statement following his second diagnosis of testicular cancer.

Experiences like Docherty’s can serve as a reminder for men to prioritise their health and wellbeing. Yet, despite the warnings, not all men feel empowered or comfortable to seek help when they need it the most.

General Practitioner (GP) and author of the series Blokes’ Health, Dr Bernie Crimmins, believes this is partly because men’s health hasn’t always been at the forefront of health education and public policy.

“I’ve been in general practice for 39 years now and if I go back perhaps 30 years ago, men’s health probably didn’t exist,” he tells upstart.

In recent years, there has been an emergence of gender-specific approaches to health. The World Health Organisation’s 2002 Madrid Statement identified that it’s necessary to acknowledge the different needs, obstacles and opportunities facing men and women regarding their health. The concept of “men’s health” has evolved to recognise conditions particular to men such as prostate cancer and addressing statistics in Australia, with men being more likely to die from preventable causes than women.

While improvements have been made in the level of educational and health promotional material aimed at Australian men, there is still an opportunity for development in this space.

“It’s intriguing that things like bowel cancer, prostate cancer, heart disease and some of the bigger issues are not really on air and talked about that much,” he says.

Younger adolescents are susceptible to a false sense of security that they will only be impacted later in life. But according to Cancer Council, testicular cancer is the second most common cancer in young men aged 20 to 39 years old. Common symptoms of the disease include painless swelling, a lump or a change in the shape of a testicle. Testicular cancer is one of the most treatable cancers if detected early.

“Out of bad, some good comes out. And with respect to Peter’s death, that was one of the things that shocked a lot of blokes; that someone at that age could actually get cancer, particularly male cancer and die of it,” he says.

Early detection and intervention are strongly encouraged, given that males tend to only access a health professional when a condition has reached an advanced stage.

Cleary says his background as a Health & PE educator has contributed to his proactive mindset when it comes to prioritising his health.

“I’ve always tried to ensure that I’m attending to my needs, going to the doctor, seeking help if needed. Over time, I’ve been fairly consistent in that area,” he says.

However, not all men share the same mindset and discipline when it comes to maintaining regular health check-ups. The ABS Patient Experience Survey shows that almost one in five males waited longer than they felt acceptable to book an appointment with a GP.

Dr Crimmins says the fear of an unfavourable diagnosis can be one of the factors that deter men from visiting a GP.

“I think there’s certainly an element of being scared of actually finding something and I’ve certainly seen that with some of my patients,” he says.

The secondary education system serves as a vital starting point for young men to receive specific health and wellbeing education.

Caleb Ostwald, a 20-year-old former student at Marcellin College, tells upstart that his time at school had a positive impact on his attitude towards his health and wellbeing.

“I learnt the most about how to deal with everything from sharing experiences and talking with peers and role models,” he says.

Vaughan Cleary, a father of two boys attending Marcellin College, has also been able to participate in student-led Men’s Health Nights organised by the school. As part of the evening, students facilitate and undertake interactive men’s health educational activities alongside the significant males in their life, ranging from skin checks, BMI tests and more. Dr Bernie Crimmins also leads a presentation giving expert health advice during the event.

Cleary says the nights have been a rewarding experience for everyone involved.

“It’s been an outstanding success because it’s rare that 300 to 400 dads, uncles, grandparents come together in a community setting and have the opportunity to hear information about pertinent health needs in males,” he says.

But initiating open dialogue around men’s health can still be a difficult and awkward task, prompting some to put off having these conversations due to fear of judgement or embarrassment. Ostwald says there’s no “one-size-fits-all” approach to engaging in conversations with male family and friends.

“You’ve got to be able to go about it the right way. It’s just about how you frame the questions,” he says.

For Dr Crimmins, normalising conversations with his patients is a bit of an art form, something which he has been continually developing over his 39 years of practice.

“It’s really a matter of having good communication with the person, in a sense that they consider you a friend, not someone who’s just doing their job,” he says.

Improving men’s health is on the agenda in Australia, with the National Men’s Health Strategy 2020-2030 intending to reduce the negative stigma associated with the health system. It also aims to increase levels of health literacy among Australian males through investments in health promotion which will help improve understanding and navigation of the health system.

Normalising regular check-ups for men, a stigma deeply ingrained in society for years, is a learning curve that will take time and process. As a starting point, Dr Crimmins encourages men who are reluctant to book an appointment with a GP to utilise their support networks.

“Go speak to your mates. Find out if they’ve got a good doctor. Even that part of actually speaking to your mates first, before you go to a doctor, is a good thing because it breaks the ice.”

Photo: A Healthcare Worker Measuring a Patient’s Blood Pressure using a Sphygmomanometer by Pavel Danilyuk available HERE and used under a Creative Commons Attribution. The image has not been modified.

Article: Jonathan Potenza is a second-year Bachelor of Laws/Bachelor of Media and Communications (Journalism) student at La Trobe University. You can follow him on twitter @j_potenza15.