Bands are stepping up in the fight against climate change. 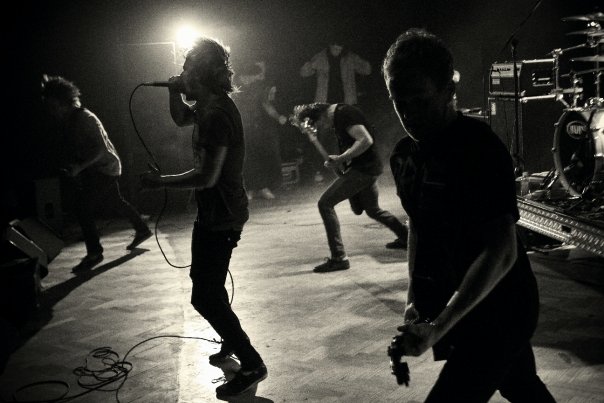 Distorted guitars play heavy riffs, drums pound, the bass is driving. Then comes the aggressive breakdown: the vocalist screams, shouts and sings along about … the end of the world?

We see activism in many forms but the rise of music as a tool for calling for a change in environmentalism is becoming increasingly prominent.

In the last six months, two UK metal bands have released records that reference climate change and environmentalism. Bring Me The Horizon’s Survival Horror: Post Human was released in October 2020 and has been described by the band as a “protest record” with two songs, in particular, focusing on environmental issues.

Their song ‘Ludens’ includes lyrics such as “a world covered in cables was never wired to last, so don’t act so surprised when the program starts to crash”. Meanwhile, their album closer ‘One Day the Only Butterflies Left Will Be in Your Chest as You March Towards Your Death’ features Evanescence’s Amy Lee, who sings from Mother Nature’s perspective asking humanity, “why’d you keep f –ing it up?”.

Climate change is also at the forefront on Architect’s 2021 album For Those that Wish to Exist. Over the top of heavy guitars, ‘An Ordinary Extinction’ points out that “we’re stood at the edge of the world” and asks listeners to consider their contributions to climate change.

We’re also seeing this trend closer to home. Byron Bay’s In Hearts Wake are an Australian example of a metal band engaging in environmental activism, through their music and involvement in environmental initiatives.

Their latest album Kaliyuga, sets the scene with a sample of Greta Thunberg’s speech at a New York climate strike in 2019, which was attended by one of the band’s vocalists. The album opens with Thunberg’s statement – “This is an emergency. Our house is on fire”.

The band’s label UNFD tells upstart that In Hearts Wake has been able to inspire change through its fanbase.

“In Hearts Wake have always sought to champion personal reflection and action among their community of fans,” the label says.

“They’ve organised various beach clean ups and tree plants and have been on the ground with fans making a change together, while continuing to educate and encourage a positive change through their channels of influence.”

The band even worked with Grace Gallagher, a carbon consultant, to offset the making of Kaliyuga. She helped calculate the carbon footprint of the making of the album, with the band purchasing carbon credits to make it a more environmentally friendly process.

“In Hearts Wake have always been staunch environmentalists and this record release found them setting a new standard among their peers,” UNFD says.

“Ultimately they measured their carbon footprint (across recording/travelling during the making of Kaliyuga) at 26.37 tonnes of CO2e which the band offset in a biodiversity corridor in WA.”

“In Hearts Wake are absolutely setting an example and paving the way for other bands to better understand music’s carbon footprint and how they can counterbalance it.”

The band and their label worked together to research how to produce an environmentally friendly vinyl record. The record was pressed on a calcium-based eco-plastic while recycled packaging and plastic-free packing materials were used.

However, metal is not the only genre seeing artists advocating for environmentalism. Billie Eilish, Paul McCartney and Childish Gambino have all released tracks about climate change. On the opening track of The 1975’s Notes on a Conditional Form, Thunberg also features, backed by a calm, atmospheric, instrumental.

The Music for a Warming World project plays a range of different styles of music, performing live with multimedia elements to spread awareness about the climate crisis. Musician and co-producer for the project Simon Kerr has a PhD in Political Ecology, a Masters of Applied Science in Environmental Management and has taught environmental policy at Lincoln University in New Zealand.

“I wanted to find a way to … communicate the climate crisis at an emotional level, not just at an intellectual level,” Kerr tells upstart.

“Music for me is the lever I’ve got … and I want to pull that lever to make a difference .”

Kerr says that the goal of Music for a Warming World is to get as many people as possible to develop an enhanced climate consciousness.

“We want more and more people to really feel how serious this is, so that they are encouraged and motivated to do what they can to work towards change,” he says.

While some artists are pushing for change, Kerr says that at events such as music festivals there are still very few artists talking about climate change.

“I am really frustrated with the lack of climate awareness that’s within the artistic community,” Kerr says.

“I want to see artists taking this seriously.”

Kerr believes that musicians are entertainers, but that they do have other responsibilities.

“We have responsibility as people who have audiences to think seriously about what really is important at this moment, and I can think of nothing more important than somehow in a really creative, clever, smart way, speaking to the climate challenge,” he says.

“It’s probably the most important thing I can think of doing with my life at the moment.”

Photo: Architects (UK) by carcinosdante available HERE and used under a Creative Commons Attribution. The image has not been modified.