“Speaking up makes the world safer for the vulnerable,” Jane Caro says at an LTU event. 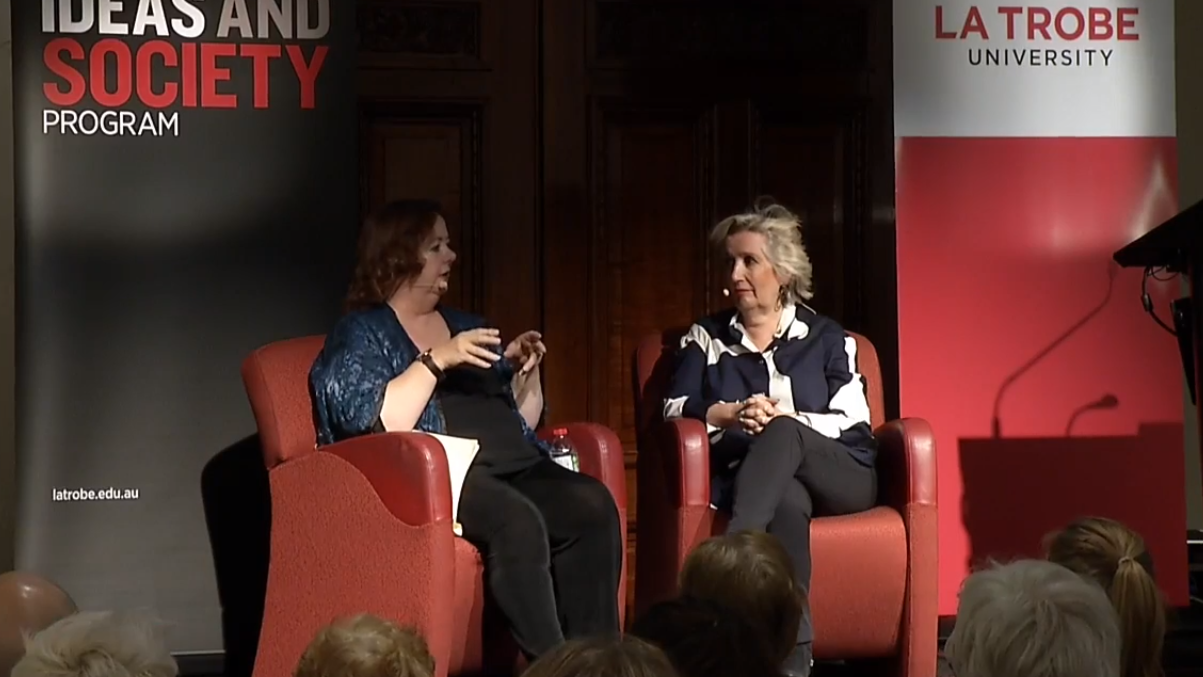 When feminist author Jane Caro asked a roomful of people at a La Trobe University Ideas and Society event if they’d had a #METOO moment, most of the people, like Caro, raised their hands.

“Keeping it quiet is keeping the perpetrators safer … Speaking up makes the world safer for the vulnerable,” she told the audience.

The event, called “Unfinished Feminist Revolution; #MeToo and the Forgotten Women,” featured Caro and journalist and writer Anne Manne. They spoke for two hours in front of 200 people, bringing up the problems of our society when it comes to women and their rights.

It didn’t take long before the two guests mentioned #METOO –  a movement against sexual harassment and the assaults of women that spread worldwide on social media in October 2017.

Many women and celebrities – such as Lady Gaga or Jojo Moyes – started sharing their experiences and using the hashtag started by actress Alyssa Milano’s Twitter call to do so.

With women speaking up through the #METOO hashtag,  the world has seen that sexual harassment is more common than we know, and has encouraged the idea that victims should not feel ashamed or guilty.

Event speaker Anne Manne explained that a lot of rape victims felt extremely guilty because they didn’t defend themselves during the attack. Instead, they froze. They were aware of what was happening but their limbs wouldn’t cooperate.

A Swedish study showed that 70 percent of the victims had experienced this temporary paralysis. Researchers found this reaction is, in fact, an involuntary self-defence mechanism cued during moments of extreme fear, which leaves the human body immobile and unresponsive until a threat has passed.

Manne said she hoped this scientific discovery will change the outcome of many rape trials, for an absence of reaction doesn’t mean consenting.

Another major major theme of discussion, however, was the precarious situation of older, single women being another.

Research has shown that older single women are an increasingly vulnerable group, including a rise of 31 percent between the years 2011 and 2016 in the number of older women aged 55 and over living in the streets.

For many women of this age group, a lack of financial resources made them unable to keep paying for their house and bills. A study showed that the reasons for that are varied, but the most common ones are: being forced out of the workforce early, the discrimination in the housing market, but also the death or divorce from an income-earning spouse, as well as poor health or serious illness often resulting from abuse.

Caro said the average retiring age for women in Australia is 52. This then makes it hard for women to find a job past this age, especially since women in this generation didn’t do a lot of study.

“You weren’t necessarily encouraged to go onto university … when I was a girl, because you were going to get married and have children so it was a bit of a waste of time really,” she said.

Stay-at-home mothers or people who quit the workforce to take care of ill family members are not taken into account in the Australian economical system, Manne explained.

“What we are doing is obliterating the contribution of families and of women, and they need to be counted in … it’s unjust but also has profound economic consequences,” she said.

Even though there is still debate regarding women’s rights being not completely equal to men’s nowadays, the situation has certainly positively evolved and that is thanks to the numerous feminists who believed and fought for it.

“I’ve watched my generation of women change beyond all expectations,” Caro said.

“And for a great many of us, we’ve lived much richer, more exciting, more varied, more challenging, more interesting lives than any of the generations of women before us.”

A person in the audience pointed to the fact that she did not agree with the feminists’ ideas from 30 years ago. Caro conceded but explained that a lot had changed since then.

“It isn’t correct to say that the old feminists lacked courage, it’s that the world hadn’t changed enough then to be able to speak up in the way that we do now. So it is not a good idea to write off our mothers and their grandmothers because they weren’t where we are now, they got us to where we are now and we should be grateful,” she said.

To watch the recorded live of the event, follow that link.

Photo taken at the event by the author.