The lifestyle also offers a sense of freedom 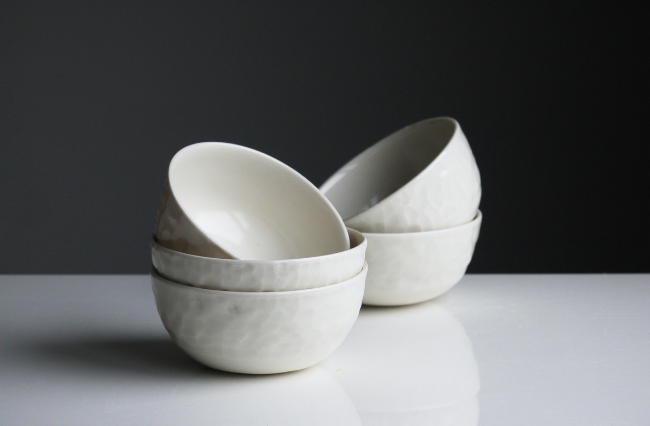 In 2013 Ali Cornish, a freelance writer, got a divorce. To help her find peace during this difficult period Cornish focused on shedding non-essential items and artefacts to help remove “mental baggage from the past” which she found therapeutic.

After dealing with considerable trauma from the divorce, Cornish discovered minimalism and began to embark on her new lifestyle journey.

“I didn’t really find minimalism until 2013 when I was sorting through the wreckage of a failed marriage… I thrived with less: less stuff, less baggage, less stress,” she tells upstart.

When people hear the word minimalism they instantly think of decluttering, the quote “less is more” and the KonMari method. While these things contribute to the concept of minimalism, the lifestyle goes beyond just owning less. It’s also associated with being more mindful with purchases, productivity and living a simplistic fulfilled life.

Additionally, this lifestyle helped Cornish appreciate her few belongings more and determine which items are essential in her life by eliminating the rest.

“I think most people in Western wealth-oriented societies subconsciously want to “keep up with the Joneses.” There is this feeling that we are constantly judged by our appearances and our possessions,” she says.

Additionally, Health and Wellbeing expert Celeb Backe says that practising minimalism can increase productivity as being in a clutter-free environment helps reduce stress. Living with less can make life less complicated so that people can more easily direct their focus on their goals.

Emily Matthews, a third-year student at Deakin University, talks about how minimalism goes hand in hand with productivity and organisation.

“It has enabled me to be clear about my goals and set my intentions for my day. Having less things around me helps me to feel less chaotic … I don’t think we realise how much negative energy objects and things around our home can carry. When I don’t have clutter, I am able to free my mind and focus on my schedule,” she tells upstart.

Matt D’Avella, a minimalist entrepreneur, says that productivity is often misunderstood as people incorrectly assume it means that you need to cram in as much work as you can into one day. Instead, he explains that true productivity is about creating a sustainable and balanced life that you can keep up with every day.

When it comes to applying minimalism, Cornish and Matthews agree that Marie Kondo’s KonMari Method plays an important role in their minimalism journeys.

The KonMari Method advocates tidying by category, rather than location, this technique recommends beginning with clothes, then books, papers, komono and sentimental items. It encourages discarding items that no longer “spark joy” and thanking them for their service.

Growing up Matthews took an interest in self-help books and podcasts which helped her understand the importance of having a clear space and mind. She says that the KonMari Method has helped her live a simpler connected life.

“Marie Kondo took away the boring idea of minimalism, she showed me … that you can be a minimalist and enjoy the lifestyle, without being plain or having no personal or sentimental belongings,” she says.

There’s a common misconception that people can’t be a minimalist if they have too many possessions, or don’t have a spotless home with Scandinavian furniture.

Matthews says you can still love art and patterns and still be a minimalist. She agrees that there isn’t one set definition for being a minimalist as it can mean different things to everyone.

“Minimalism can be experienced and enjoyed by everyone at different degrees, you don’t have to throw away all of your things to appreciate and find pleasure in minimalism,” she says.

The Minimalists Joshua Millburn and Ryan Nicodemus are well-known for their Netflix films and agree that minimalism is a tool that can assist those finding freedom from fear, worry and guilt. However, they add that this doesn’t mean that there’s anything wrong with owning material possessions.

“Today’s problem seems to be the meaning we assign to our stuff: we tend to give too much meaning to our things, often forsaking our health, our relationships, our passions, our personal growth, and our desire to contribute beyond ourselves … Minimalism simply allows you to make these decisions more consciously, more deliberately,” they say.

Article: Savannah Pocock is a second-year Bachelor of Media and Communications Journalism student at La Trobe University. You can follow her on Twitter @Savannah_Pocock

Photo: Five White Round Ceramic Bowls on White Surfaces available HERE and used under a Creative Commons Attribution. The image has not been modified.