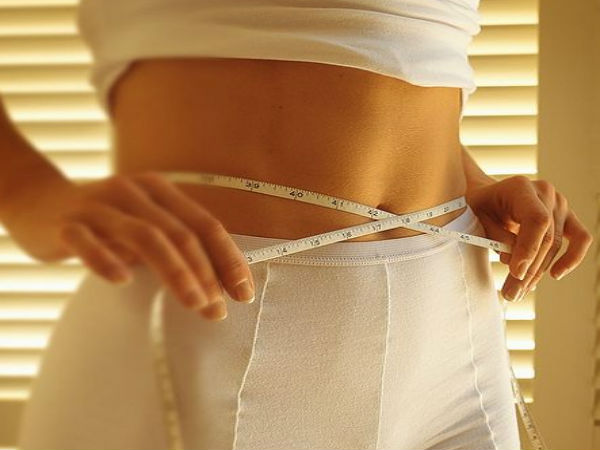 Shocking new claims have revealed that modeling agencies are stalking clinics that are treating patients for anorexia in order to scout new talent. This follows on from last week’s revelations surrounding the Mercedes-Benz Fashion Week, where it was exposed that models are eating tissue paper in order to remain ‘Paris thin’.

Director for the Stockholm Center for Eating Disorders, Anna-Maria af Sandeberg, told Swedish news agency TT that the agencies would wait for the patients outside the clinic and would attempt to recruit them as they left the building.

“One of those contacted was in a wheelchair because she was so skinny,” af Sandeberg said.

Since the aforementioned incident, the patient’s schedules have had to be changed to prevent the modeling agencies from praying on their vulnerability.

“For people who have an illness centered around weight and looks, it’s catastrophic to throw them into a business that focuses on exactly those things,” psychologist Andreas Birgegård, chair of the Swedish Anorexia and Bulimia Society told The Local.

Care coordinator Chistina Lillman-Ringborg later challenged one modeling agency, but said they took no responsibility for their appalling actions.

“They claimed that they approach healthy, normally slim young people and that they never urge anyone to lose weight; that’s how they defended themselves,” Lillman-Ringborg told the TT news agency.

The crash dieting claims that resulted from a photo of Ruby Jean Wilson also proved to be more than legitimate, with editor of fashion blog Style Melbourne, Sarah Willcocks, admitting that she had to photo shop one model’s shoulder bones to make her malnourished frame look healthier.

While Willcocks says she is usually anti-airbrushing, she said that the image was too disturbing to leave untouched. She defended her decision to publish the photo at all, saying that she wanted to share the dress that was being modeled with her readers, but did not want to promote an unhealthy body image.

“It was because I don’t want my readers thinking bones are glamorous or beautiful,” Willcocks told Australian Women’s Weekly, adding, “I don’t see how skinniness or looking unhealthy equals beautiful”.

It has also emerged this week that these issues are far more widespread than what was originally thought and that females models are not the only ones suffering as a result of industry demands. Italian fashion house, Ermenegildo Zegna has this week launched a fashion show in Sydney. Instead of sourcing Australian models, 35 out of the 60 men have been flown over from Europe, in an effort to find the perfect sized models.

“Australian models are often much bigger than the European style, they’re broader and less streamlined, so we’ve had to look far and wide,” a spokeswoman for the company says.

Melinda Stephens, a Melbourne based designer, has experienced the enormity of the situation firsthand, saying that the pressure that is put on models is “heartbreaking”.

“I’ve heard designers say that clothes look best on hangers, so they try and achieve this by having pretty much bones walk down the runway,” she says. “Karl Lagerfeld, head designer for Chanel believes that every woman should aim to have the figure of Victoria Beckham; that she is the perfect form.”

Stephens says that this “has been going on for ages” but refreshingly does not advocate this kind of perception.

“The thing is, it is not hangers that will be wearing the product. You need to be selling to real body shapes,” she says.

And while she is adamant that “designers are to blame”, the designers themselves are trying to pass the buck on to the modeling agencies.

Top designer Alex Perry has recently defended his choice of models, claiming he simply does not have time to find healthier-sized girls. However, former editor of Vogue, Kirstie Clements has hit back saying that most designers don’t understand that there is such thing as being too thin.

Another woman who shares this view is UK model, Saffi Karina. Karina was dropped by her modeling agency for being too big– a healthy size 10. She has used her personal experience to start her own modeling agency, which aims to promote ‘normal sized’ woman.

“I want to strive to endorse a positive body image and act as a role model to young women who previously thought ‘thin’ was the only way to get a foot over the fashion threshold,” she says.

Karina has also gone on to found ‘The Curve Project’, an innovation that aims to “champion curves and diversity within fashion and beyond”. The project provides potential models with workshops to inform ‘normal-sized’ models about the modeling industry.

And although research does uncover many stories similar to that of Karina’s, it seems that until designers stop thinking of size 10 as ‘plus size’, models will continue to be exploited – evidently to the extremes of anorexics.

Image by: The Villages Online