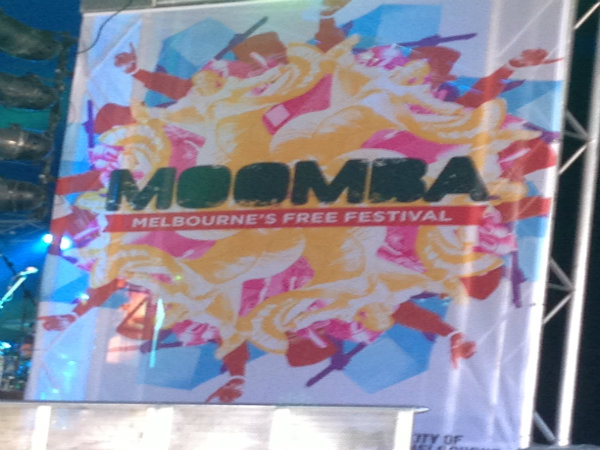 Melbourne was awash with colour this long weekend showcasing its 59th annual Moomba Festival – a display of local arts and culture. But what is local culture and how can Melbourne identify with it?

There are currently 4.16 million people living in Melbourne. They come from 180 cultural backgrounds and speak 233 different languages. How then can Melbourne promote the cultural elements of Moomba – “a festival for the people” – while assuring that they appeal to all members of the community?

With over one million people enduring record temperatures to be a part of this year’s four day festival, one aspect of Melbourne’s culture has become apparent. It is resilient.

Nothing could stop both locals and internationals alike from forming a wall along the Yarra River to watch the various festivities.

From water sports to live music; cabaret shows and storytelling sessions, Moomba demonstrates the diversity and inclusive nature of Melbourne’s culture. This year hosting more than 80 local acts, over 110 performances and 50 activities, event organisers undoubtably managed to provide something for every member of the broader community. 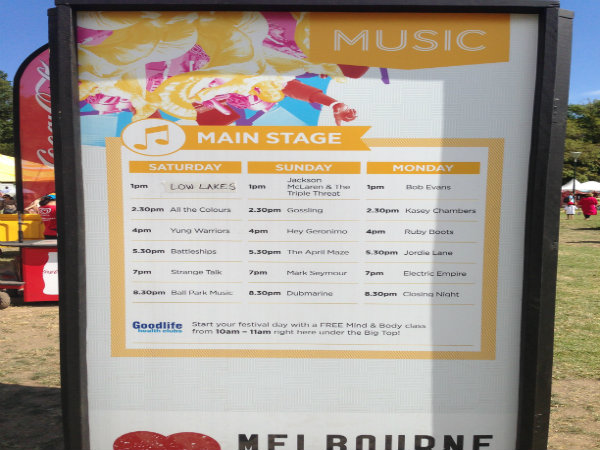 Despite popular sets from live acts Ball Park Music, Bob Evans, Gossling and Kasey Chambers, many locals say the silent disco was a highlight. Scores of youths could be seen wildly dancing to what onlookers would perceive as silence. On the inside, however, cultures collided as pop music was mixed with Bollywood and hip hop was mashed to dancehall.

Local resident and festival regular, Marcus Walsh says, “it’s a good thing that Melbourne puts on and everyone comes down no matter where they live. It just it brings everyone together so, yeah, it’s really good.”

Melbourne Lord Mayor Robert Doyle says it is this “… important connection with the community that makes it (Moomba) unique to Melbourne and a much-loved part of the city’s cultural identity… it offers the chance to build lasting Melbourne memories and spend time with friends and family, enjoying a great long weekend of quality free entertainment.”

This is where the beauty of Moomba and other free festivals such as St Kilda Festival lie. Through operating as a free event they manage to attract members of all socio-economic groups. It’s about drawing together communities who wouldn’t normally come together. It’s about creating a shared culture that helps define what Melbourne is all about.

International, Barry Ronan says “(Moomba) really brings the city together more. It’s nice to have something to do on the weekend. It seems to be a great city to just have all these things on for free at your doorstep.”

Local, Phil Diamond agrees “I mean it’s good that things are given back to the community rather than always being asked to take from it.”

With a combination of all these elements it’s not surprising that Doyle has labelled this year’s Moomba festival the biggest yet.

“I think there a lot more people than back in the years. I think it’s becoming more and more popular each year it’s on,” says Walsh.

Festivities last night ended with a bang as fireworks were released over the Yarra River. But with next year’s 60th anniversary approaching there is no doubt that Moomba will again impress members of all communities, who share Melbourne as a cultural hub.

Hannah Rabe is a third year Bachelor of Journalism student at La Trobe University and a member of Upstart’s 2013 editorial team. Follow her on twitter @hannahrabe1.