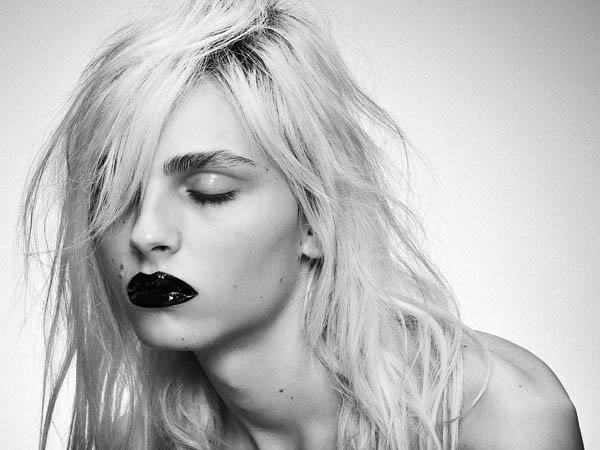 Boy-meets-girl has never been more literally represented than it is in fashion today.

Open the nearest magazine and the reader will see that the interplay between genders is very much on trend.

Androgyny is nothing new in popular culture with figures such as Prince, Annie Lennox, David Bowie, Lady Gaga and Marilyn Manson known for dancing across the line of gender.

However, in recent years, one model has emerged on the fashion scene who has changed the game.

Andrej Pejic, a local Melbourne model, achieved global recognition and success as a male-female model – that is, a male that models almost solely as a female. Dubbed by the industry as ‘the prettiest boy in the world’, the stunning model was voted number 98 in FHM’s 100 Sexiest Women of 2011.

Since Pejic, the doors have opened for androgynous models to break into the fashion industry.

On the opposite end of the spectrum, female models are also pushing established gender norms.

Last year Casey Legler was signed to Ford Models, becoming the first female to model exclusively as a male. She says modelling as a man is just easier than modelling as a woman.

“There’s so much more involved (in female modeling). There’s the voguing and. . .the make-up and that whole thing.”

In the same year Saskia de Brauw was made the new face of Saint Laurent menswear.

With these developments in mind, what does it mean to be fully androgynous? Can it be as simple as wearing boyfriend jeans or a uni-sex jumper?

Melbourne-based member Davey says to be androgynous means something different to everyone, but he sees it as a balance of gender qualities.

“I find androgyny as two cups within yourself and you are filling those cups up with masculinity and femininity until you find your level between the two. That’s who you are. That’s how you feel comfortable and that’s what reflects on the outside as well,” says Davey.

While androgyny in the fashion world can be expressed in many forms, it generally morphs into two categories. Either an outward mixture of the typical traits of both female and male, or complete gender ambivalence.

Asian countries like Japan and Korea have been quick to adopt this fashion. Even western-style androgyny is starting to descend past a mere phase and into a fully fledged phenomenon.

“This time around androgyny will stay. Before it would fade out then fade in. But this time androgyny is staying and people are making sure that it does,” says Rouge.

Supporting this idea is a recently established Dutch modelling agency – Androgyn Models. The agency only signs up gender chameleons – those that can model as both female and male.

The benefits that come with an androgynous look are widely sought after in the fashion industry. Androgynous model Van Burnham says it’s like “having two models for the price of one.”

For women, the ‘tomboy style’ is especially en vogue. Writer April Shacklock told the Times Live the androgynous look for women is a “refreshing antidote to the hyper-sexualised images of women we tend to be served up.”

Fashion blogger Mahlatse James’s outlook is all about defying preconceived notions of masculinity.

“Men can wear skirts. It’s as simple as that. We have to stop trying to be deep about it,” he says. “Life is too short to wear a uniform every day, which is what most men do.”

Despite progress in the fashion industry, it remains to be seen whether androgyny is creating a cultural shift; one that will make society more accommodating of gender contradictions.

“I do think androgyny is becoming more mainstream. And is it a negative? No. It’s completely positive. It’s pushing the boundaries of society and moving the world a little more forward,” she says.

But with figures like Pejic posing as the antithesis to stereotypical masculine fashion, we are, at the very least, heading in the right direction.