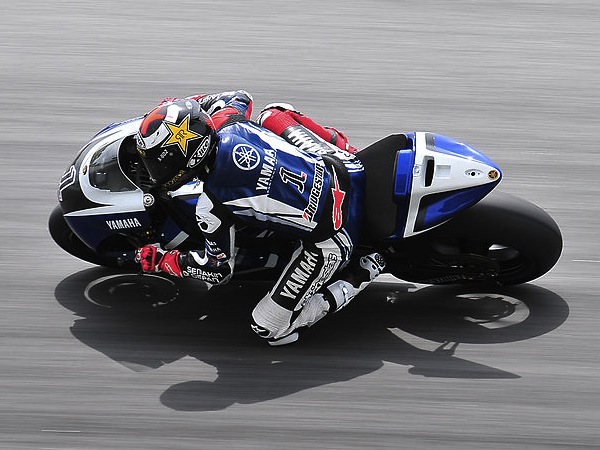 With pre-season testing all but a distant memory, the MotoGP circus heads to the Middle East this weekend for the opening round of the season under the bright lights of the Losail International Circuit in Qatar.

The void left by the departure of two-time world champion Casey Stoner has led some to suggest that 2013 will be a walk in the park for defending champion Jorge Lorenzo. However, the emergence of new talent coupled with rider changes means that will be more than unlikely.

The aforementioned Jorge Lorenzo never finished outside the top two in 2012, and is highly motivated to win his third championship. Interestingly, the Spaniard made the decision to end testing a day early, which suggests he is feeling extremely confident about the 2013 factory Yamaha at his disposal.

Lorenzo’s countryman, Dani Pedrosa, will be aiming to knock the 25-year-old off his perch and finally claim his first world championship. The Repsol Honda rider has so often been the bridesmaid and with Stoner embarking on a new career in V8 Supercars, this is the time for the 27-year-old to spearhead Honda’s attack on the MotoGP crown.

Pedrosa, however, will be under immediate pressure from young teammate Marc Marquez – another Spaniard. Marquez is fresh out of dominating Moto2 in 2012 and is expected to challenge for the championship straight away, such is the talent the 20-year-old possesses.

Valentino Rossi’s tumultuous time with Ducati is finally over, with the seven-time world champion signing with Yamaha Factory Racing for 2013. Undoubtedly gifted, the Italian veteran will be looking to add an eighth title to his incredible CV. That ambition could be achievable, given that he’s now on a bike that will once again provide an opportunity.

German Stefan Bradl was a solid performer in his rookie season, showing maturity well beyond his 23 years. Coming off the back of a Moto2 championship win, Bradl didn’t manage to get up onto the podium last year, but there is nothing to suggest the LCR Honda rider won’t do so in 2013 – especially now with factory support. He is a real dark horse.

British hopes will rest on Tech 3 Yamaha charger Cal Crutchlow, who has the raw speed to challenge for poles and podiums, but needs to cut out the silly mistakes. A championship looks beyond reach, but he will surely add to his two career podiums providing his good performances result in him making it to the finish line.

2006 world champion Nicky Hayden endured a horror 2012, injuring himself in a crash at Indianapolis before having a mega incident at Aragon. Unfortunately, he has been riding a Ducati not capable of doing justice to his talent over the last few years, and will be hoping for a change of fortunes in 2013.

Honda Gresini rider Alvaro Bautista finished in the top five of the championship last season, but it’s difficult to envisage a similar outcome again. Ducati’s Andrea Dovizioso is now on his third different bike in three seasons and really needs to transcend his machinery if he has any chance of breaking into the leading pack.

The Pramac Racing duo of Ben Spies and Andrea Iannone are effectively Ducati’s ‘B-team.’ However, both have proven to be very strong riders. Spies has experience at the more highly fancied Yamaha, while the erratic but quick Iannone finished third in the Moto2 championship three years running and now finally gets his chance at the big time.

The best of the ‘budget’ Claiming Rule Teams (CRT’s), the Power Electronics Aspar team of Randy de Puniet and Aleix Esparago won’t go anywhere near the podium, barring an extreme set of circumstances. However, it won’t faze them. More important to the team is to be on top of the other CRT’s.

CRT teams will dominate the battle at the back, although it would be wrong to assume there is a lack of quality riders in this ‘mini-championship’ of sorts.

Colin Edwards in particular is a top-quality competitor who has ridden for some of the best teams in both MotoGP and World Superbikes, and will look to stamp his authority early on.

Avintia Racing’s Hector Barbera and Hiroshi Aoyama will provide a stern test to Edwards in the CRT category, with Barbara being a former 250cc runner-up, while the experienced Aoyama went one better and won the same championship back in 2009.

Following the departure of Casey Stoner, Australian hopes will rest on debutant Bryan Staring, who will take charge of Honda Gresini’s CRT-spec bike. Unfortunately though, Staring has propped up the timing sheets in testing and is unlikely to make any sort of major impact on the season.