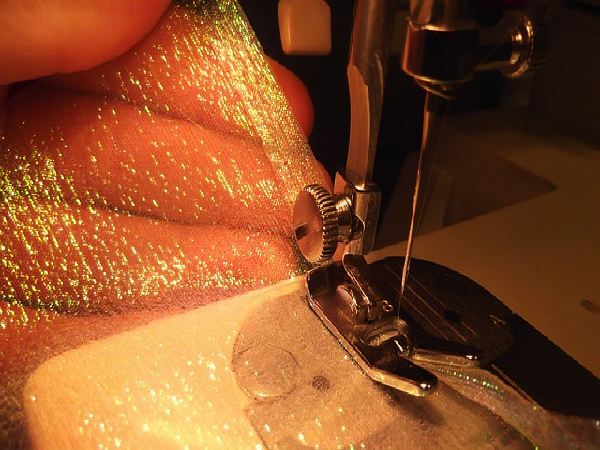 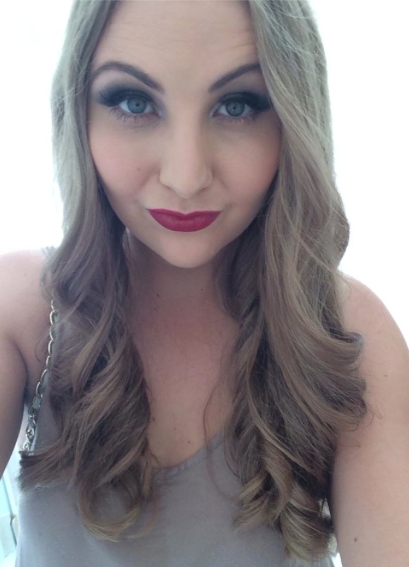 You might not know Mahalia Rank, but if you shop at Just Jeans, Jay Jay’s, Portmans, Sportsgirl, Target or Myer, you may be wearing one of her designs sometime soon.

The 23-year-old graduated from the Box Hill Institute at the end of 2013 and was recently hired as a full time clothing designer for Mac Group, receiving confirmation of the position just a week after an interview with the company.

“[I was] over the moon,” Rank tells upstart.

“It’s one of those industries that’s so hard to break into and to finally get told that you’ve actually been accepted… it’s a priceless feeling.”

When asked how long she has been interested in fashion, Rank laughs.

“I remember reading back on stuff that I wrote in grade six at primary school when I was graduating, and even then I said I wanted to be a fashion designer.”

“I made clothes for my Barbies when I was like four, so, forever?” she says, laughing again.

Speaking about designing and her personal style, Rank says it varies from casual jeans and leather during the day, to “over the top glam” at night.

“I change my style from season to season. I’m very girly, but I can also do girly-casual,” she says.

“It just changes with my mood, but I’m more a girly, flowy kind of type than a structural kind of designer.”

Every so often friends will commission her for a special piece. She says she’s grateful for the opportunity to sit down, design and sew.

“I’m lucky that I have a good group of friends that have a lot of events going on in their lives.”

“Often I’ll design things specifically for the events that they’re going to and they often spread the word as well so I get a wider client-base.”

Rank looks over her wardrobe as she packs for a two week holiday in Hawaii, pondering her favourite piece.

“Well, my Prada handbag definitely does top the list. That’s my baby,” she says.

“My boyfriend jeans and my leather jacket are pretty high at the moment too.” 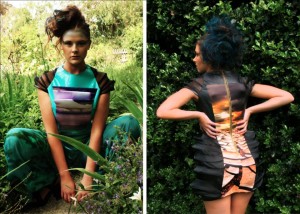 When it comes to staying on top of current trends, Rank says she makes use of a number of different platforms, including fashion magazines, websites WGSN, Stylesight and social media.

“The good thing about fashion is it’s everywhere, so inspiration can come from anything as simple as walking down the street and seeing something that you really, really like on a person and then reworking it for that current season,” she says.

“[Fashion] is one of those things that you’re not really limited to one form of media for trend forecasting.”

Rank says she draws inspiration from both high-end labels like Chanel and Dior as well as mass-production companies like H&M and Sportsgirl: “Every factor comes into it, definitely.”

As far as fashion faux pas, Rank said she is not a fan of ‘jeggings’.

“I really really hate how they’re doing trackie pants but dressed up with heels at the moment. I’m like, nup, trackie pants are for home.”

As her first day on the job approaches, Rank is optimistic about where her future is headed in the fashion industry.

“I think there’s definitely always more,” she says, “I’m not sure whether or not I eventually want to be my own designer, I’d probably just run it more as a project on the side, but the ultimate goal is always working for a mass-market company that’s high-end and produces out of Paris, New York, all those high-end couture companies.”

Rank says the best advice she could give young aspiring designers who hope to land a position like hers is: “don’t give up.”

“It’s really disheartening when you go through uni and you’re really really good at it and you find yourself in love with designing and fashion in general and then you get out of it and you can’t get work.”

“It is one of those hard things that really really sucks,” she says.

“Just follow your heart. If somebody doesn’t like what you’re doing, there will be somebody else in the world that does. You’re better off being yourself than being like everybody else.”

A piece from Rank’s graduate collection will be on display in the centre court of the Southgate Shopping and Restaurant Precinct as part of Melbourne Spring Fashion Week beginning this Friday 29 August and running until Saturday 7 September.