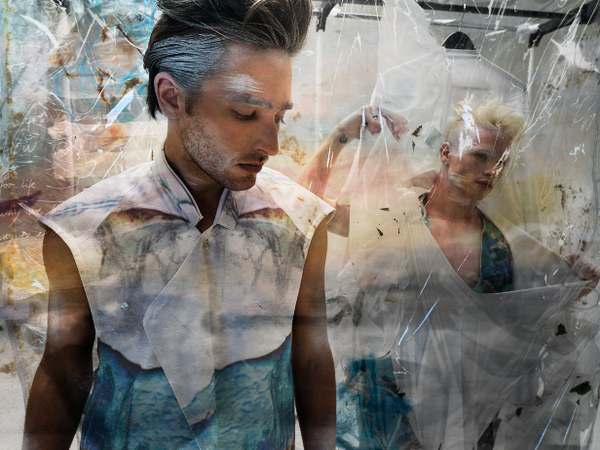 Five years ago, Vincent Li was working as an IT business consultant in China.

Li took a leap of faith, leaving his job to chase his dreams in Melbourne, where he enrolled in a part-time design course at the Melbourne School of Fashion.

From there he travelled to Hong Kong to finish his fashion degree and also completed an internship in London for renowned international label, J.W Anderson.

“Originally, I did not come from a fashion design background. I was working in IT for quite a long time and I really couldn’t see myself doing that for the rest of my life,” he tells upstart.

“I loved shopping and fashion but I found that there wasn’t much of a variety for men, so I decided to create a menswear label. I wanted there to be something different out there.” 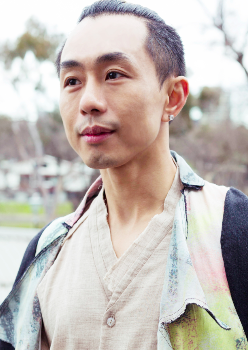 In 2014, Li returned to Melbourne to create his menswear label.

“It has been quite a journey and learning curve for me. But in the end I think I’ve been lucky to meet a lot of great people who have been supporting me.”

As a trained dancer, Li says much of his inspiration comes from the art of dance.

“I grew up as a dancer so I was always interested in cultural things and performance. I get inspiration from theatre and art, music and movies. I think the more emotional attraction I feel to something, the more inspired I am,” he says.

“I don’t really like to design something very literally. I like to research, to understand what’s behind the philosophy or history of something. Then I draw the spirits that come from that and it comes through in the silhouette and the colour or the prints of my pieces.” 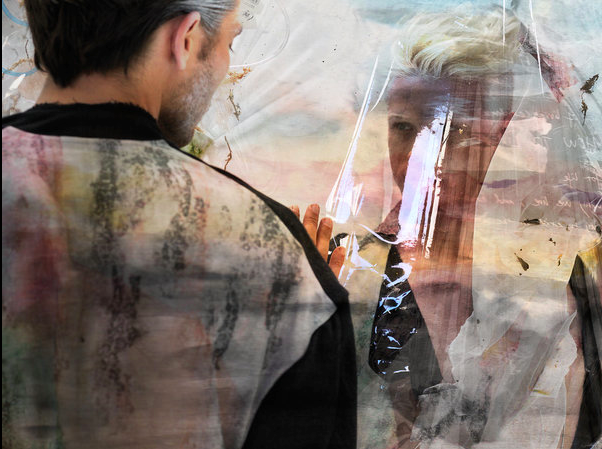 “My current collection is called Existence, because I heard a song by a Chinese folk singer.”

He sources most of his materials from a Melbourne-based family who import fabrics directly from factories in Japan.

“They have been here for more than 20 years,” Li says.

He creates all of his prints from scratch, which are digitally produced in Melbourne.

Li’s Spring/Summer 2015 collection will be featured in the curated MSFW event, Fred Hates Fashion, which incorporates design, music and film.

“Last year I went to see the show and really liked it. I thought it could be a really good fit for Vincent Li the label.”

He says they are a diverse group of creative people.

“I finally feel like they know what I’m trying to do, which is quite important for a designer. It’s encouraging,” he says.

“I’m excited to see the finished product. When we were shooting a few weeks ago, I got a little bit emotional. It’s really exciting.”

Li’s work is also being showcased as part of the Creative Collective exhibition running throughout MSFW.

“It’s a very busy week for me. I also have a pop-up store in Fitzroy on Sunday.” 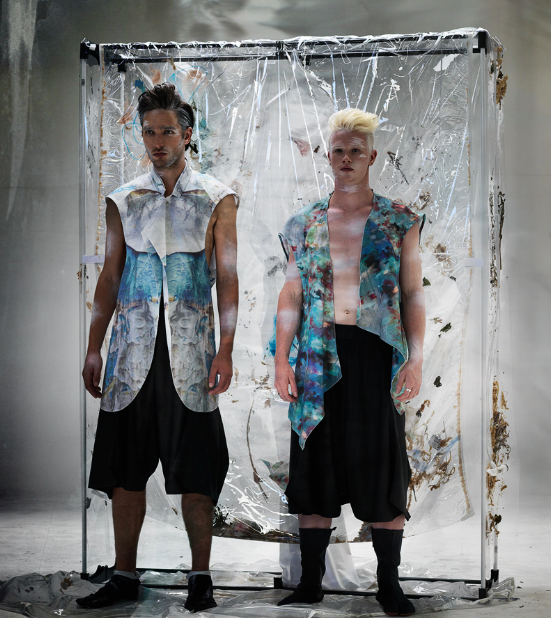 As an emerging designer, Li says he has faced many challenges, including building relationships with suppliers and people in the industry.

“In Australia I think you have to do creative things in quite a restrictive and rules driven environment. Getting resources can be hard for the designer,” he says.

Communicating his vision to others has been one of his biggest tests.

“I think that’s the difficult part, trying to convince people to feel what I feel. You have to do a lot to prove yourself in the beginning.”

Li says there’s more to the industry than just design.

“It’s a business with so many different components and when you’re a designer you’re not necessarily good at the business part,” he says.

“A lack of resources and man power can be hard in the beginning. But if you have a passion and you’re really driven you can overcome all these difficulties.”

Li hopes to test his new collection in retail spaces nationally and internationally.

“I want to build up a customer base and to have more brand awareness,” he says.

“I hope to bring back an appreciation for creativity, innovation, and quality into the fashion community. I think fast fashion is not a sustainable way for the industry.”

His ultimate dream is to change the future of men’s fashion.

“To inspire men to take risks with what they wear. I want the wearer to feel something beyond the clothing itself,” he says.

“Fashion has its functionalities, but also it creates a fantasy to let us survive through the reality.”

You can catch Vincent Li this Saturday at Fred Hates Fashion or throughout MSFW at Creative Collective.

upstart’s Culture & Lifestyle team will continue to profile up and coming designers who will feature in a range of different events at MSFW. Stay tuned for these profiles in the coming week.