With many young Australians beginning their careers with the fast food restaurant, some are just following in their parent’s footsteps. 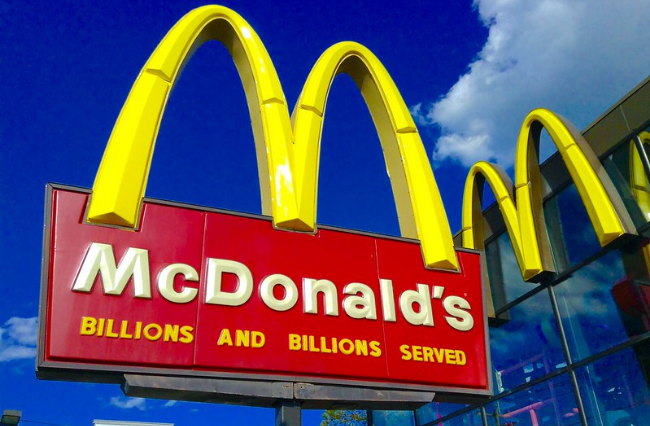 It’s a quiet Tuesday night. My 16-year-old brother, Lachlan, has just arrived home from his shift at McDonald’s. Rather than a greeting, he grunts at my Mum as he heats up his dinner.

“How was work?” she asks every night.

Lachlan says he yelled at his co-workers for a lack of motivation on shift, and that they don’t take their job seriously enough. This is usually how each sit-down conversation following Lachlan’s arrival home from work begins.

And every time each family member takes a different side. That’s because every one of us has worked at McDonald’s.

My Mum, who was once a McDonald’s store manager, supports my brother. My Dad, also a former manager, sits on the fence, and argues for and against my brother’s evaluation of his staff. And I, a previous crew trainer, think he takes his job too seriously.

McDonalds, regularly referred to as the “family restaurant”, quite literally was the reason why my family exists today.

My mum, Samantha Ball, began her first job at McDonalds at 15, on 9 July, 1990. She began her career with a simple goal in mind: she wanted an education.

“My family couldn’t afford to pay for my school fees, books, travel or uniforms, so I started work so that I could pay for myself to get an education. I loved school and wanted to break the cycle of people not finishing school in my family,” she told upstart.

“It seemed like a fun place to work, there were loads of people my age, I could walk there, and I knew I’d get discounted food.”

For most people the image of “flipping patties” is the first thing that comes to mind when asked about McDonald’s. However, there’s actually a world of career opportunities and friendships to be made. For that, Samantha is thankful that she chose the path she did.

“It taught me so much. I learnt what it meant to make a difference to others, to young people and the community. I learned the importance of solid business management and marketing, the power of outstanding customer service and how to grow a business,” Samantha said.

In 1996, Samantha met and trained Jeremy Ball, who’d recently left the Australian Army, to work in McDonald’s management. The two began to date, and eventually married in 1998. My brother and I were born a few years later.

All my life, I was told my first job would be at McDonald’s. I never quite understood why. I thought it was just another fast food outlet. I was so wrong.

For a lot of teenagers, a casual job at McDonalds is their first experience in the working world, learning what it’s like to work for a wage.

According to McDonald’s Australia, more than five percent of the Australian population has worked for the fast food giant since its opening in 1971, which amounts to around 1.3 million Australians nationwide. The majority of those workers are under 25 years.

Jennifer St Ledger, McDonald’s Australia Chief People Officer, acknowledges the responsibility that McDonald’s has had in the foundation of millions of young Australian’s careers.

“We take that responsibility very seriously and believe it is our privilege to provide them with the foundations to build skills for life, setting them up for future success,” she said.

At 15, I wanted a job at the local movie cinema because fast food didn’t interest me. However, to my dismay, my parents guaranteed that my first job would begin with the fast food giant.  They had drilled the McDonald’s mentality into myself and my brother.

Samantha stands by her decision to encourage us into a career at McDonalds to this day.

“Teens and those that haven’t worked for McDonald’s can sometimes be dismissive. That’s frustrating. They’re judging without an education on quality employers,” she said.

“Those that really know business, are very aware of the powerhouse training to be had at McDonald’s. I have McDonald’s to thank for my work ethic and employment opportunities.”

At McDonald’s Australia, more than $40 million is spent annually on training crew, managers and corporate employees. My brother Lachlan, an enthusiastic member of the McDonald’s community, is one of them.

Admitting that he started his career to follow the “family tradition”, Lachlan says he has “no regrets”, and is aiming for a long-lasting career that possibly leads into management or the McDonald’s corporate sphere.

“I think this job can take me very far. As long as I keep doing the right things and I keep making my managers happy, impressing the crew … then I feel like I can take this really far and make a solid career out of it,” he said.

“I know that it can be stable and lead me to a good life.”

We as a family can say that McDonald’s has brought us together over so many things; a conversation, a job, or a meal. Whether my brother is right about his fellow crew members or not; McDonald’s gives my family something to debate about together every night, and I am thankful to be a part of it.

Article: Madisson Ball is a second year Media and Communications (Journalism) student at La Trobe University. You can follow her on twitter @MadissonBall.

Photo: McDonalds by Mike Mozart available HERE and used under a Creative Commons Attribution. This image has been modified.