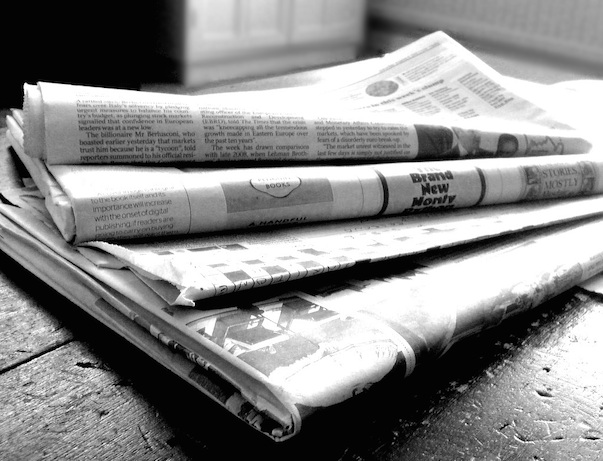 Newspapers around the country have once again been hit with a set of alarming circulation figures.

Recent figures from the Audit Bureau of Circulation’s quarterly report indicated every metropolitan newspaper in the country experienced a year-on-year sales decrease.

That is every metropolitan newspaper, bar one.

The exception is the Sunday Territorian, which despite the widespread falls, managed to increase its sales by three percent.

The Editor of the Sunday Territorian, Matt Williams, tells upstart that he attributes part of the success to a restructuring of the paper that occurred in June.

“We decided that the Sunday needed a bit of a revamp so we introduced a new magazine called Frontier,” Mr Williams says.

“Essentially, it’s really tailored towards Territorians and we run a couple of news features up the front of it every week. Previously our Sunday lift out was probably a bit to national focused.”

The Sunday Territorian is the Sunday edition of the NT News, which is a newspaper produced in Darwin and owned by News Corp Australia.

Although the Sunday Territorian’s readership is small in comparison to its big-city counterparts, the paper outperformed its smaller city competitors.

Fairfax’s Canberra Times Sunday, which like NT News recorded average net paid print sales of less than 20,000 in the quarter ending September 2015 and, like the Sunday Territorian, is also produced in a ‘self governing territory’, experienced a nine percent year-on-year decrease.

“We’re a smaller market here. I don’t know if that hinders us or helps us but I think Territorians can really relate to our paper,” Mr Williams says.

“We put a few of our stories up online but we’re a bit different because we’re not a paid content website,” says Mr Williams, who is also the deputy editor of NT News.

“We’re of the view, why put all of our good stories up online too early when people can go out and get that story in the paper?”

Of course, NT News is a newspaper notorious for bucking trends.

The paper has developed a reputation for its eye-catching headlines and intriguing editorial choices.

Recently, after the liberal government spill that resulted in a change of Prime Minister, the NT News created their own headlines with their rather compact headline: “Rich Dude Becomes PM”.

In an article published in the Sydney Morning Herald, Clare Martin, a former Northern Territory Chief Minister, spoke about the brashness of the NT News.

“The Territory is a very even, flat society: you can’t have airs and graces when you have sweat running down your face and legs. And the NT News intrinsically understands that,” Ms Martin said.

Mr Williams says that underpinning the NT News’ opportunistic headlines is a news publication that attempts to inform the people and moderate government.

“I think it’s more an outsider’s point of view that we just put crocs on the front page and not real news. That’s really not the case,” he says.

“We haven’t been deliberately hard on the government up here but they’ve done a few things that have forced us to act on behalf of the readers to try and get the best things happening for the Territory.”

With the next set of figures to be released after the quarter ending December 2015, Mr Williams believes the Sunday Territorian will continue its growth in physical readership.

“Even this quarter, it’s actually looking even better than the three percent increase so we’ll see what happens in the next few months.”