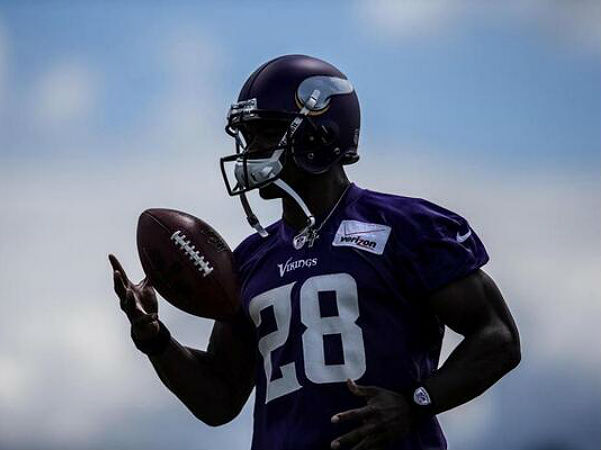 American Football is one of the most complex sporting beasts.

Pancakes; blitzes; DVOA; YAC; nickel-spy’s; read options and names like Roethlisberger are abound. Truly, it seems a degree is required to understand the game – without taking into account the overtly perplexing nature of the sport to an uninitiated Australian audience.

Yet, the sport has seemingly never been more popular on our shores. Thousands around the country lay claim to some sort of NFL allegiances – predominantly recently successful franchises like New England or New York – however, the finer nuances of the game is still lost on many.

With such assertions in mind, we assembled a quick-strike – or dummies guide, if you will – of the sort of terms you’ll need to be familiar with to feint your way through any proper pigskin discussion.

Quarterback: You’ve probably heard Luke Darcy utter this about Sam Mitchell on Channel 7 at some stage this AFL season. However, unlike the nauseatingly poor usage the word endures in the AFL, it’s arguably the most important in today’s NFL. These are the money guys in the modern, passing league. If cornered into a discussion, just repeat Aaron Rodgers 12 times – can’t go wrong.

Read Option: Traditionally reserved for the confines of Columbus, Ann Arbor, Eugene or other collegiate football powerhouse locations, the read option is an offensive system designed to utilise a mobile quarterback. It breaks away from the traditional five-step dropback routine, allowing signal-callers to read the defence as it unfolds, deciding whether to pass or take off with the ball of their own. You’ll hear this word a lot during Washington and Carolina broadcasts.

Concussions: Oh wait, never mind. These don’t exist in the NFL… And, any player or pundit concerned at the long term impact they have on the health of players – contrary to mountains of evidence attesting to the devastating damage – needs to harden up. You know, be a man and all that. Oh, and ESPN’s Keith Olbermann kills it in the video below. A must watch:

Blindside: We can thank Sandra Bullock for introducing this word to the wider community. The blindside refers to the quarterback’s non-throwing side; ie: the one he cannot see when in throwing position. Considering some of the league’s most destructive pass rushers specialise in blowing up the QB on blindside sacks, protecting that side is paramount. Just ask Jay Cutler.

Fantasy Football: So, you play Super Coach, huh. Presumably, that means you’re some sort of Fantasy Football god. Well, not quite. Fantasy Football in the NFL is an institution, the sort of competition that divides friendships, families and traditional allegiances. Last year, during a sojourn studying in the States, my roommate – a fanatical Detroit Lions fan – leapt off our ratty student accommodation sofa after Aaron Rodgers put the hated Green Bay Packers in front against the aforementioned Lions. Why? Purely because Roommate X had Rodgers as his fantasy QB.

Adrian Peterson: Reigning NFL MVP running back for the Minnesota Vikings. Came within yards of breaking the all-time single season rushing record, mere months after a complete rupture of his ACL and MCL. Most likely some sort of cyborg sent to Minneapolis from the future.

Tim Tebow: An average quarterback who had a pretty incredible run in 2011, leading his side to an astonishing playoff victory. However, his status as a religious icon to many, and fixture on seemingly all ESPN programming, means he remains one of the most discussed figures in the league. You’ll either love or hate him. Currently unemployed, yet garners more headlines than the gamut of offensive lineman named All-Pro this year.

PEDs: Becoming more and more common in the NFL, yet incredibly, no one really seems to care all that much. Players cop some sort of suspension – usually between four to eight games – and then everyone goes about their day. When Denver Bronco stud Von Miller was given a six-game ban for the upcoming season, the discussion wasn’t over the use of PEDs, but rather how the Broncos would fare in his absence. Drastically different to the dialogue in other sports.

Harbaugh: Perpetually mispronounced by the majority of Australian part-time NFL aficionados, or news anchors forced to stammer through a 30-second spot on a Monday evening, Harbaugh is the surname shared by two of the better coaches in the league. John, coach of the Baltimore Ravens, is the reigning Super Bowl champion. Jim, coach of the San Francisco 49ers, came agonisingly close to winning the Super Bowl last season, but is still the reigning, undisputed “crazy coach” in the NFL.