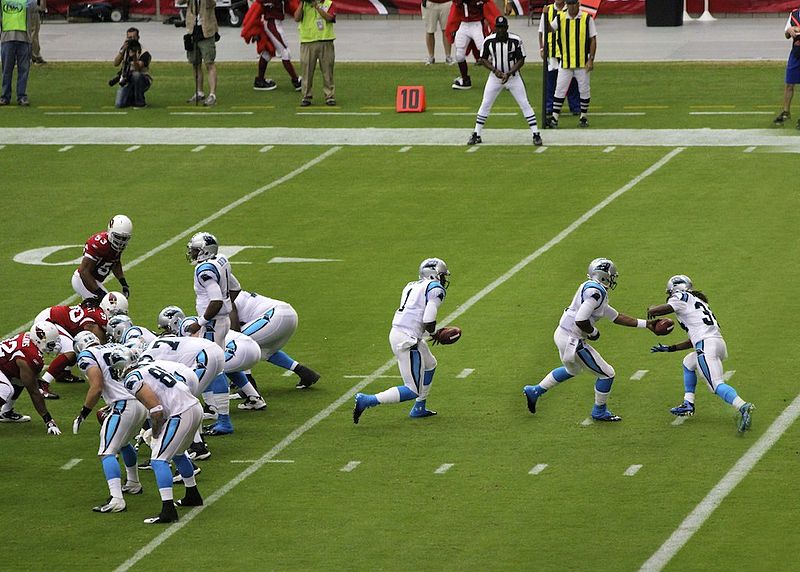 Sports fans are used to hearing the term ‘lockout’ bandied around in recent years.

The NBA, NHL and NFL have all had player pay disputes, but one of a different kind is undermining the credibility of one of the richest sports in the world.

At the beginning of the year, the NFL referees started a lock out over a pay dispute, which led to replacement officials from various college leagues to take over proceedings on the big stage.

However, NFL Commissioner Roger Goodell will have to dig deep into his back pocket sooner rather than later, as another week of horrendous officiating has marred the beginning of the NFL season.

It was capped off on the national stage this week on Monday night football, where the Seattle Seahawks hosted the Green Bay Packers. The tipping point had well and truly been reached.

With the clock having expired in the last quarter, Seahawks QB Russell Wilson threw a ‘Hail Mary’ pass from his 24 yard line into the endzone. It appeared at first glance – and second, and third – that Packers safety M.D. Jennings had intercepted the ball for a touchback in his defensive end zone.

Controversially, one referee called a touchdown, indicating that Seattle receiver Golden Tate had snatched the ball for a game winning catch.

If a pass is caught simultaneously by two eligible opponents, and both retain it, the ball belongs to the passers (The Seahawks). It is not a simultaneous catch if a player (Jennings) gains control first and an opponent subsequently gains joint control.

By this, the ruling on the field should have favoured Jennings, who clearly gained possession before Golden Tate began to wrestle for subsequent possession.

Before any of the anarchy that followed was allowed to begin, a penalty flag should have been thrown against Tate for blatant pass interference. He shoved Packer Sam Shields out of the contest before wrestling with Jennings who had already caught the ball. Of course, Jennings should have tipped the ball away instead of catching it, but that’s a discussion for the Packers coaching staff to conduct.

It was not just that call which was, to say the least, questionable on the night. There were a string of 50/50 penalties which fell one way or another which allowed Seattle back into the game after a supposed interception late in the fourth quarter.

One was a harsh roughing the passer call on Packer linebacker Erik Walden, which overturned a game-sealing interception to the Packers. Later on, Sam Shields was flagged for early leader in the ‘Worst Call of the Year’ award, with the supposed pass interference call that gave the Seahawks revived hope, as they trotted down toward their end zone for no real reason.

Tom Crabtree refers to the officials as the ’13th man’ at Seattle in his post game tweet.

Packers coach Mike McCarthy said after the game: ‘I’ve never seen anything like that in all my years in football (the final drive).’ McCarthy may be fined for his conduct directly after the match, where he ordered his players off the ground before the extra point had been converted.

Green Bay QB Aaron Rodgers was put on the spot after the match and said that ‘was just awful’, whilst after last weeks Monday night fiasco, New Orleans Saints’s Drew Brees has labelled the officiating as ‘horrendous’ and ’embarrassing’.

McCarthy is not the only coach to have been in trouble with the NFL for referee encounters. Baltimore Ravens coach John Harbaugh gave away a 15 yard penalty late in proceedings of their Sunday night match, whilst New England Patriots coach Bill Belichick will reach into his pockets after grabbing at a referee in the same match.

Denver coaches John Fox and Jack Del Rio were also fined for speaking out about the officials shortcomings.

This latest incident has added to the growing pressure surrounding the replacement referees, some on media circles are blaming them for the growing circus of bad officiating, but the blame should square up to the NFL Commission, which has let the pay dispute surrounding the regular referees play out for too long.

As ESPN so succinctly summed up: ‘In a photograph that will live in infamy, one official ruled the play a touchdown and the other a touchback. Neither looked like he wanted to make the call. The NFL got what it deserved Monday night, and unfortunately the Packers were the victim.’

Matt Walsh is a first-year Bachelor of Journalism (Sport) student at La Trobe University.  He is a furious NFL fan that is fed up with the politics. He is happy, however, that it was not his Cowboys that were ripped off. Follow him on Twitter: @MattWalshMedia.

This piece was first published on From The Sideline.