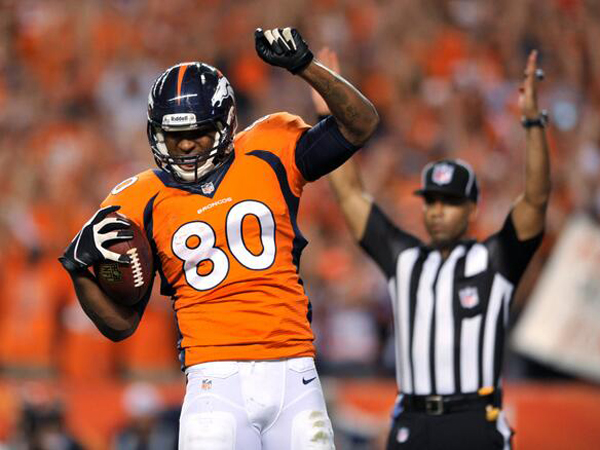 After its demolition of defending champs Baltimore Ravens, the Denver Broncos have lived up to the hype of AFC favourites. But who will be the team to challenge Peyton Manning and his men on the road to the Super Bowl?

With much less depth than the NFC conference, find out who will be challenging for a playoff spot with upstart’s definitive AFC preview.

The Tom Brady led New England Patriots have had a strangle hold on the division over recent times, winning nine of the last 10 division titles. However, there could be a shift in power this year. The Patriots have had a drama filled off season, with star wide-receiver Aaron Hernandez facing first a degree murder charge, as well as leading tight end Rob Gronkowski sidelined for the first few weeks of the season with a back injury. Wes Welker has moved to AFC rival and Super Bowl favourite Denver, where he scored two touchdowns on debut for the Broncos. They still have the explosive Stevan Ridley at running back and the evergreen Tom Brady throwing bullets, so expect the Patriots to still be the divisional favourites.

The Patriots main challenger may be the improving Miami Dolphins. After firing coach Tony Sparano, the Dolphins won their last three games of the year to finish with a 7-9 record, led by rookie quarterback Ryan Tannehill. Expect natural improvement from the Dolphins who have bolstered their offence by signing touch down machine Mike Wallace from Pittsburgh. Miami is definitely a smoky for a wild-card birth.

2013 could potentially be the year for the Buffalo Bills. When fit they have all the weapons at running back and wide-receiver but their problem continues to be the quarterback position. Rookie EJ Manual has been given the nod ahead of Kevin Kolb and will need to perform consistently if he wants to nail down the spot.

The Rex Ryan coached New York Jets missed post-season action for the second year in a row, which is simply not good enough when you play in the biggest city in the United States. The much maligned Mark Sanchez will look on from the sidelines as rookie Geno Smith will be starting in the opening week against the Buccaneers. However their lacklustre offence won’t score enough points to see the Jets return to the playoffs.

The defending Super Bowl champions Baltimore Ravens were blown out by the Denver Broncos on Friday after a second-half onslaught. The Broncos scored a franchise record 49 points, and showed gaping holes in the Ravens defence, that’s missing leader Ray Lewis, Ed Reed and Paul Kruger. Their offence was disorganised and Ray Rice could hardly manage a first down. Add the loss of Anquan Boldin to the 49ers and tight end Dennis Pitta out for the year due to hip surgery, and it’s hard to see the Ravens challenging for back-to-back titles. However, they do still have star quarterback Joe Flacco, so expect the Ravens to be battling it out with a handful of teams for a final wild-card position.

The Cincinnati Bengals almost stole the AFC North division title off the Ravens last season, going down in a tie-break, but still managed to qualify for the playoffs with a wild-card spot, for the second consecutive year. The Bengals have built their team around one of the leagues strongest defences and led by sack-machine Geno Atkins. Defensive co-ordinator, Mike Zimmer, will have his Bengals purring and expect Cincinnati to be challenging deep into December.

The shifting powers in the AFC North meant Pittsburgh missed the playoffs for the first time since 2009 last year. The six time Super Bowl champs are in a phase that’s all too familiar with many AFL fans – the rebuild. Losing Mike Wallace certainly leaves Pittsburgh short on strong receiving options, and the exit of Rashard Mendenhall also doesn’t help. The Steelers are always strong at home so will get their handful of wins, but don’t expect to see the mighty Steelers come the post-season.

The Cleveland Browns are the dark horses in the division with two great young guns running its offence. Quarterback Brandon Weeden and running back Trent Richardson were both solid without being spectacular last season, but their five wins didn’t sit well with long suffering Browns fans. Adding linebacker Paul Kruger from Baltimore will certainly help the fans plea, as will their newly enhanced defence after drafting well. With more experience and a stronger defensive presence, keep an eye on the Browns this season.

For the second year running, it was the Houston Texans taking out the AFC South title. With Arian Foster and Andre Johnson running the ball, the Texans have two of the most feared offensive weapons in the league. Houston also took no time adding to its already impressive defence list, with safety Ed Reed joining the Texans from the Ravens. Expect the Texans to be the biggest contender against the Broncos for the AFC title.

The Indianapolis Colts had a year to forget in 2011 winning only two games and seeing star quarterback and four-time MVP, Peyton Manning sit on the sidelines all year with a neck injury. The Colts cut ties with their hero and looked to the future. Enter Andrew Luck. The first overall pick in the 2012 draft, Luck exceeded all expectations leading the Colts to an 11-5 record and a playoff birth. The Colts have brought in veteran Matt Hasselback as insurance for Luck and added safety with LaRon Landry from the Jets. The pressure will intensify this year after a breakout season in 2012, but Luck is something pretty special and the Colts will be chasing the Texans all the way through to the final week.

The Tennessee Titan’s hopes rest on which Chris Johnson will turn up in season 2013. After an astounding 2009 season that saw him rush for over 2000 yards with 14 touchdowns, Johnson’s output was just over half of that in season 2012. Unfortunately, the Titans have lost their tight end Jared Cook to St Louis and have no real talent around Johnson. A .500 record is optimistic for the Titans.

After only two wins last year, the whipping boys of the NFL the Jacksonville Jaguars will be around the same mark in season 2013. However, with that being said their offence does still have weapons like Maurice Jones-Drew and Cecil Shorts in the armoury.

4 catches, 97 yards, 2 TDs. Not a bad first half for Julius Thomas. #BALvsDEN pic.twitter.com/TqiLiXByrU

This is the most one-sided division in the AFC. The Peyton Manning led Denver Broncos exploded for 49 points on Friday in the opening game of the season, justifying their tag of Super Bowl favourites. After trailing by three at half-time, the Broncos put the game beyond reach in the third quarter as Manning went on to tie an NFL record, throwing seven touchdown passes, the first time in 44 years. The Broncos will be missing star linebacker Von Miller, who registered a third of the Broncos total sacks last season, for the first six games of the season after violating the league’s substance abuse policy. This shouldn’t affect the Broncos too much, as they showed on Friday with the likes of Duke Ihenacho, Shaun Phillips and Chris Harris stepping up.

After a dismal 2012 season where it only won two games, the Kansas City Chiefs have had a major overhaul in the offseason, acquiring former Philadelphia coach Andy Reid, who many believe still has one of the best offensive minds in the game. Reid wasted no time in obtaining former San Francisco quarterback, Alex Smith who, before the incumbent Colin Kaepernick took his job, was one of the best talents in the NFC. Re-signing wider receiver Dwayne Bowe was also vital as it gives the Chiefs a strong one-two punch with Jamaal Charles at running back. Their defensive team is strong and as a result the Chiefs should push for a wild-card birth.

The Norv Tuner-less San Diego Chargers will be hoping for an improved season in 2013, however it will struggle to be a threat to the might of Denver. The decline of the Chargers was swift after dominating the division for so long. Quarterback Phillip Rivers will look to prove to doubters that he is far from done in the NFL. Although he still has limited talent around him, it will be interesting to see if Rivers is able to put his career back on the map.

It looks all gloom and doom for the Oakland Raiders this season. General manager Reggie McKenzie has come out and said that they are a long way behind were they were this time last year. There was cause of optimism last season but that has since been extinguished. Carson Palmer didn’t work out and has been shipped off to Arizona, while tight end Brandon Myers has also left the Coliseum. With star left-tackle Jared Veldheer sidelined for a few months, it’s hard to see the Raiders improving on their four wins from last season.