Despite a grim survey run by the Australian Sports Federation (ASF), there is plenty of positivity amongst some sporting clubs that their club will survive post COVID-19. 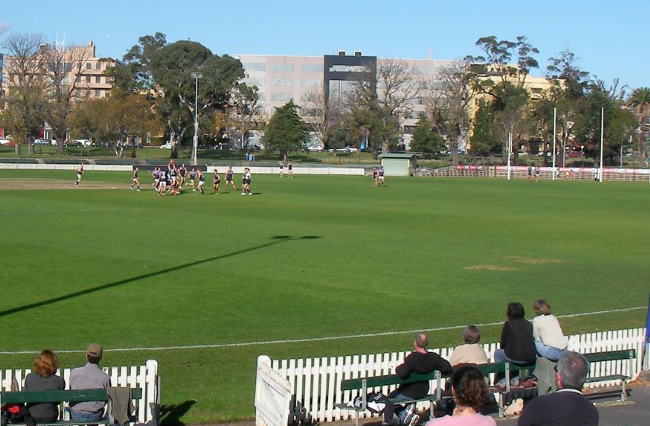 A five-week survey run by the ASF, analysing the possibility of local sporting clubs capability to survive through COVID-19 shows that optimism is low among some sporting clubs during a global pandemic.

The survey, undertaken by 70,000 local sports clubs across Australia, found that roughly a quarter of all clubs across the nation are fighting for survival.

The many challenges will include reduced revenues and increased costs, putting some club’s financial sustainability under threat.

However, there are clubs in Victoria who believe they are in a position to make it through to the other side of COVID-19. One of these clubs is NFNL Division 1 club the North Heidelberg Bulldogs, with club president Warren Haysom saying he has no concerns that COVID-19 will threaten its clubs’ survival.

“No certainly not,” Haysom told upstart.

“We have certainly got some good financial measures in place which has been a build up over the last four to five years.”

The Bulldogs boast one of the strongest fan bases in the league, with members and supporters flocking to Shelley Park to watch ex-North Melbourne superstar Brent Harvey line-up alongside his brother and club legend Shane.

Haysom admits the Bulldogs have a fairly solid membership rate, which is vital for the club’s survival.

“It’s extremely important. They are paid up members but potentially they use sponsor type related products which makes sponsors return for your club,” he said.

While significant times may call for significant measures, Haysom – who works as a Chief Financial Officer during the day says the solution to running a successful club is very simple.

“We have a solid membership base, certainly a good solid sponsorship and various other fundraising initiatives,” he said.

“The number one principle is to have revenue that’s greater than expenditure.”

While it is still to be seen if sporting leagues are to play in front of crowds in 2021, Haysom says that clubs won’t survive without any sort of crowd or support and may threaten some clubs to go under.

“It goes back to your traditional revenue sources…your food and drink sales, your merchandise, or any other various fundraisers or any initiative you can introduce on game day would be diminished with no crowds.”

“Sponsorship numbers would certainly dry up you would think because your members are not attending games. So I suppose it’s the sponsors name or brand is not continually in their (the fans/members) eyes or within their profile.”

Eltham Panthers Senior Coach Robert Hyde is of similar views. He says the Division 2 side is under no threat of going under.

In fact, he says it’ll be unlikely for any club to go under with the NFNL funding $100,000 across the competition for Division 1 and pro-rata down for Division 2 and 3.

Although the first-year coach has his doubts and says with a reduced salary cap, it will be hard “to find people wanting to play for that reduced income stream”.

“Well I think so, I’m not sure how we aren’t going to survive in terms of finance because we obviously hadn’t had to pay anything out and I know the councils have waived ground fees. But I think the long-term issue is some players may not come back,” Hyde told upstart.

“Salary caps in all leagues have come down quite significantly. Up to 100% for a Division 1 club and young blokes might decide well I prefer to work on a weekend or maybe footy’s just not that important to me anymore after 12 months off.”

Eltham will not be the only club that could possibly lose players due to work. Haysom will potentially have the same issues at Shelley Park. Saturday has become a regular part of the working week and is worried that work may lure some players away from footy.

“Speaking to other presidents within the league in recent times, the big issue for us is potentially retaining players who may be working on a Saturday, working on building sites or they have got their own business or whatever it may be,” he said.

“We may experience that, and I don’t think we will be on our own there will be many other clubs experiencing that.”

In what has been a tough year for all involved in community sport, Haysom says the Northern Football League under the difficult conditions and changing landscape has done a fairly solid job in the way they’ve dealt with all COVID-19 complications.

“I think they were one of the first leagues to go with an early call for the senior competition and obviously that’s been proven unfortunately to be the right decision.”

“I think we all wanted some sort of football to be played at some point, but I think Peter McDougal (NFNL CEO) and the team at the Northern Football League have been pretty honourable with their thoughts and processes.”

“They listen to clubs, they spoke with president from all the senior clubs and obviously then looked at the junior side of things as well.”

Article: James Strebinos is a final-year sports journalism student at La Trobe University. You can follow him on Twitter @James_Strebinos

Photo: Photo by Rulesman available here and used under a Creative Commons Attribution. The image has not been modified.