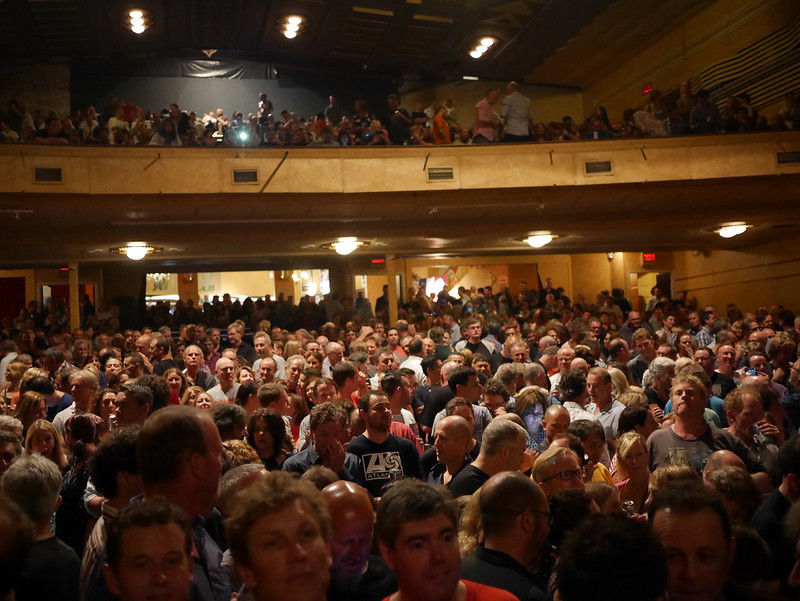 Major rain in Sydney’s inner-west has caused the floor at the Enmore Theatre to collapse after a Genesis Owusu concert.

The artist’s first sold-out live show in nine months came to a halt only two songs into their set when the recently refurbished Enmore Theatre collapsed under the pressure of approximately 2,500 excited concert goers.

The Enmore Theatre said structural movement due to the intense rainfall has caused the floor to become uneven. Security guards noticed the massive drop in the centre of the floor and immediately alerted the performer.

Due to the impending danger of water damage, they decided to stop the show and move the audience out of the venue.

One witness described the event to Triple J as being “like a cross between a water bed and a trampoline”.

No injuries were reported.

Genesis Owusu hasn’t let this disaster break his spirits, stating he’s trying to reschedule the show as soon as possible, as remediation processes are well underway at the theatre.

Photo: Enmore Theatre by Wellhamsrus available HERE and used under a Creative Commons licence. The photo has not been modified.