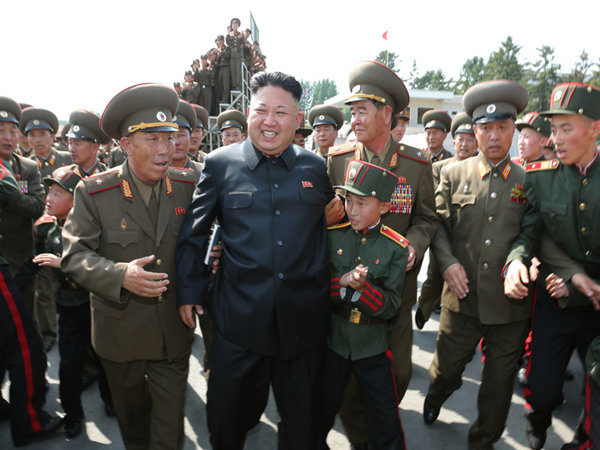 On Saturday 4th October, a high-level delegation of North Korean officials ventured south to talk to South Korean officials. It was regarded as the highest level of talks held between the two nations in five years.

However, the political and economic dissimilarity between the two states means that it will be difficult to obtain any common ground.

Since the division of the two countries was institutionalised in 1945 after World War II and the Korean War that soon followed, the belligerence between the two has never been absent with constant incidents over the years.

Going into the Korean War, the Democratic People’s Republic of Korea (DPRK) was heavily supported by the Soviet Union and China, given they had assumed control of the area after the former of the two states declared war on Japan in 1945. South Korea was heavily backed by the United States.

This is where the perpetual governmental distinction between the two nations was established.

The North Korean political model is chiefly driven by Soviet culture; the country follows a highly centralised system with a single leader at its peak (Kim Il-Sung until 1994, Kim Jong-Il between 1994 and 2011 and Kim Jong-Un since).

Meanwhile, South Korea follows a democratic model, gathered as a result of United States’ influence during the Korean War. A model of collectivism and one of relentless economic ambition do not go hand in hand.

However, it would be brash to stop at basic political division as the sole reason for continued estrangement between the two nations.

Is Kim Jong Un still in charge of N.Korea? He has been out of the public eye for over a month http://t.co/Q9iDj2LMgV pic.twitter.com/p6sr22j30n

The discord and lack of communication between the two states was highlighted at the 2014 World Economic Forum in January, where Republic of Korea’s president, Park Geun-Hye, spoke about the economic ideals unification would bring.

“I think unification would be a great benefit for neighbouring countries,” she said.

“Unification can provide the northeast Asia region with a fresh growth engine, I think it will be a jackpot not only for South Korea, but also for all neighbouring countries.”

Park wants to amalgamate with North Korea so her country can capitalise on DPRK’s assets. She wants unity so her more economically and politically stable nation can take over the entire region.

The North Koreans may be rash but they’re not so heedless to let their southern opponents take control so easily.

“It is typical that they assume they will take over North Korea by force … Park’s comments have no merit and her ideas have no chance of success,” he said.

Despite his candor, he did speak optimistically of the situation, with one small catch.

“But we do agree that there will be reunification within two years,” he added. “We expect to have a two-system formula in place in that time, with North Korea exerting ultimate leadership.”

The difference in opinion between the two spokespeople typifies the situation perfectly.

While there is an overarching desire for unification from both nations there is an underlying divide which is ultimately holding the whole process back.

A complete alliance is difficult to achieve because one of the two countries is going to have to dictate administration and power, something neither party is willing to concede.

With Kim Jong Un out of sight for 3 weeks, N.Korean high officials made snap visit to South. http://t.co/spxUTFPz4R pic.twitter.com/iHT47ChJRM

North Korea has suddenly opened itself up to talks with a range of high-profile organisations, notably the United Nations and arch-enemies South Korea as they try to improve their international profile after a number of scathing reports targeted DPRK in relation to their human rights.

Holding a one-off talk with South Korea is a small step forward towards unification, but it is not enough to gather the necessary momentum to achieve the desired armistice within Kim Myong-Chol’s two year target.

We can expect DPRK to riddle the Republic with nuclear threats and facades as the communist nation continues bathe in its dehumanising and erratic values; at least for the near future.

Tom Parker is a third-year Bachelor of Sport Journalism student at La Trobe University. He recently returned from Korea where he worked at the 2014 Asian Games. You can follow him on Twitter: @parker0_1