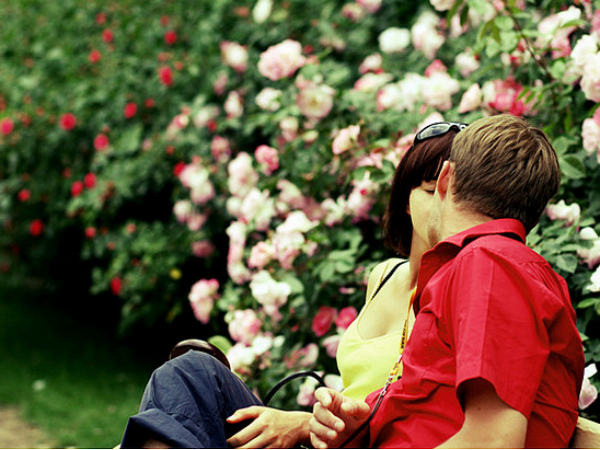 Online dating is nothing new, with countless websites such as eHarmony and Zoosk just a click away to help you find your perfect match. Most of these websites locate your new love through matching up answers on a questionnaire.

But what if the criteria is more sinister than simply finding out if your potential soul mate is a cat person? What if the first question you were asked was, “are you an attached male looking for a female?” Or a single male seeking an attached female?

Infidelity is made easier through the internet. It offers a web of possibilities, of secret identities and an outlet for a bit of marital deception.

AshleyMadison.com is a website capitalising on this idea. Their website helps married people to cheat on their spouses, as well as providing singles with no-strings attached flings.

Welcome to the new digital age that flirts with and facilitates infidelity.

With the slogan, “life is short, have an affair”, Ashley Madison are not shy about promoting their service. Along with their website, they also boast a blog with tips and tricks to keep an affair secret and an app that allows you to manage your discretions whilst on the go. The website is making it as easy as possible for people to find love outside of their marriage.

Ashley Madison CEO, Noel Biderman, is unapologetic and proud of the service they provide, explaining that they are simply offering a truthful dating platform.

“We are a place where like-minded adults who are already in a relationship can find an affair – and can be honest about it.”

Biderman stresses that his website is actually helping keep people together, rather than tearing them apart.

“I believe that we are saving more marriages than we are destroying. Many people want to keep their relationship intact and just fill the intimacy void they’re not getting at home.”

There is no doubt that the concept is popular. Since its creation in 2001, Ashley Madison has grown steadily. In 2012, the website made over 90 million US dollars in revenue and are well on their way to break the 100 million mark during 2013.

Ashley Madison boasts more than 18 million members in 25 countries across the world. The Australian chapter already has over 500,000 members.

They site are also benefiting from holidays that leave women disappointed and unwanted. A recent survey found that female sign ups were at their highest point just after Valentines Day and Mothers Day.

On May 19 hit TV show, The Simpsons parodied the website in the US, with Marge considering cheating on Homer via the website “sassymadison.com”. Ashley Madison enjoyed a 230 per cent boost that night.

Naturally, there has been debate over how ethical Biderman’s creation is.

Alongside people with strong beliefs on the sanction of marriage, Ashley Madison has attracted its fair share of negative media attention.

TV program, Dr Phil questioned the site’s ethics in January this year, suggesting that assisting people to cheat is not the way to evoke honesty. He goes on to suggest that the relationships Ashley Madison forms are ones that lack real intimacy.

Counter website, cheaterville.com, has made it their mission to out cheaters online, labelling Ashley Madison as “online prostitution”.

There is no doubt that it is becoming easier and easier to partake in extra-marital liaisons; and it seems as though more people are going down the path of unfaithfulness.

Sexual Health Australia estimate that around 60 per cent of men and 45 per cent of women are willing to report on an affair that has happened during in their marriage. Additionally the evidence suggests that 70 per cent of all marriages experience an affair.

And whether you agree with Biderman or not, he did not create infidelity.

“If Ashley Madison disappeared, affairs would not disappear. We are providing a service to people who have already decided to go down the path of having an affair.”

Instead of directing our anger at websites such as Ashley Madison, we may need to point the finger a little closer to home. Without demand for such a website, there would be no need for people like Biderman to supply it.