According to OVD-Info, a total of 13,022 people have been arrested across 147 Russian cities 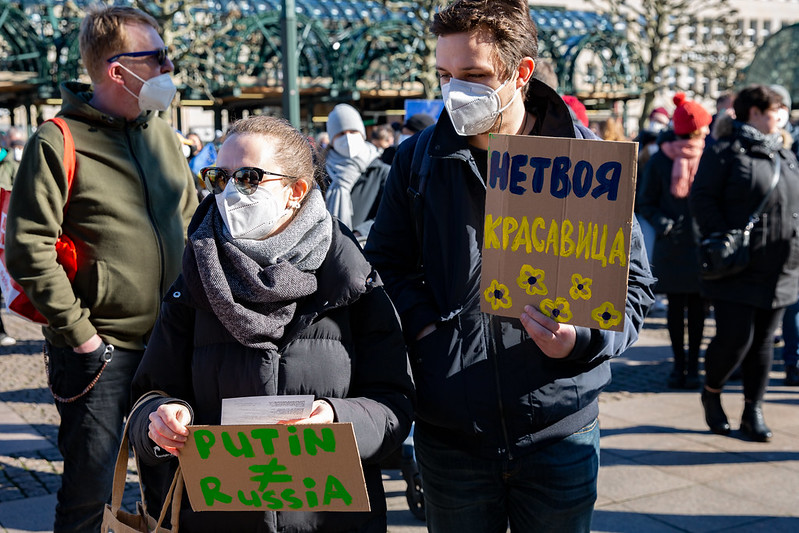 More than 4500 people in 69 Russian cities were detained over anti-war protests against President Vladimir Putin’s invasion on Ukraine over the weekend, according to an independent protest monitoring group.

OVD-Info, a human rights organisation that has been providing legal aid to protesters since the start of the war on February 24, has recorded 13,022 people arrested across 147 Russian cities as of March 6.

This weekend, protesters could be seen being violently dragged and kicked by Russian forces in uniform in cities like Moscow and Saint Petersburg. Arrests were made in smaller cities like  Astrakhan, Nizhny Novgorod, and Roston-on-Don.

In Russia, people are bound by a plethora of legal restrictions around public protesting. According to a 2021 report by Amnesty International, Russians face “increasingly restrictive laws” making it “impossible” for citizens to “protest in any meaningful way”.

Last week, several news platform reported five children, aged between 7 to 11, were among those detained by police for holding a protest poster. The children had planned to lay flowers at the Ukrainian embassy.

Photo: Putin is not Russia by Rasande Tyskar available HERE and used under a Creative Commons licence. The photo has not been modified.