The two women have been granted community correction orders in lieu of incarceration. 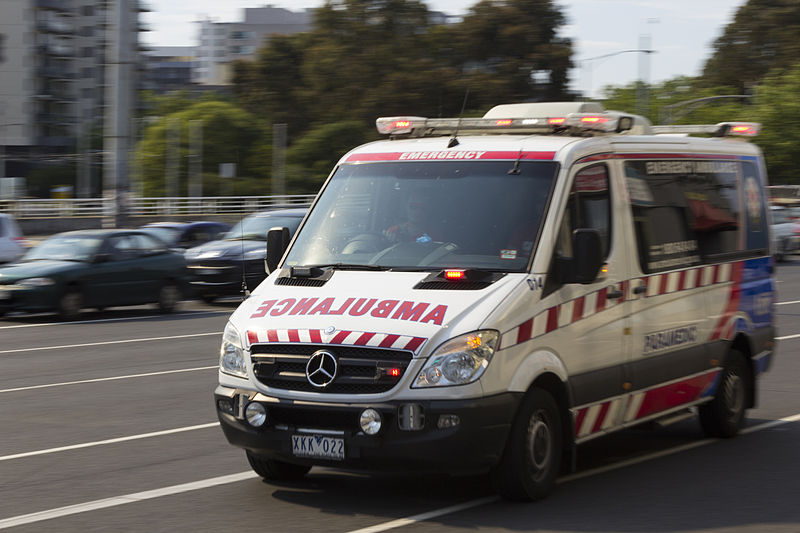 Ambulance Victoria paramedics have taken to protesting following an appeal which led to the acquittal of two women from a jail sentence after having assaulted paramedic Paul Judd in 2016.

Paramedics have taken a stand by graffitiing ambulances around the state in protest of the county court decision, with the two women previously sentenced to jail time under the mandatory ruling set in place to protect ambulance workers.

Ambulance vehicles can be seen around Victoria today with the slogan “It is NOT O.K. to assault paramedics” on the rear window in response to the outcome.  They have also taken to twitter with the hashtag #itsneverok.

Amanda Warren, 33, and Caris Underwood 20, were originally sentenced to six and four months jail time respectively, but were judged to have been partial to extenuating circumstances such as difficult childhoods and young families, and therefore would not have to serve mandatory sentences for their crimes.

An emotional Mr. Judd left the county court yesterday after the verdict, telling 9 News: “In one word, probably injustice- I just feel that justice hasn’t been done.”

Following the decision, State Minister for health Jill Hennessy told The Australian that she was “devastated” that the findings come on the back of Ambulance Victoria’s attempts to ensure the safety of their workers, citing further law reform as a possible solution.

“Our Government does not want a sentencing regimen delivering these kinds of outcomes,” she said.

Paul Judd has not been able to return to work following the assault two years on, with the 63-year-old living with constant pain after three reparative surgeries.