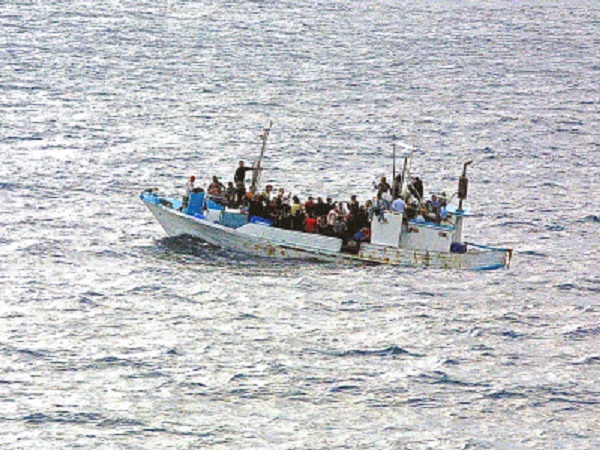 Many Australians find it difficult to understand the circumstances that lead a person to undertake a dangerous journey across the ocean to seek asylum.

Caught between political rhetoric that reduces the debate to a three-word slogan and fragments of disturbing information about offshore processing, the social and political context from which these people have come is often overlooked.

While many Australians have an opinion about boat arrivals, less stop to ask the tough questions about where they’re coming from and why.

According to the Department of Immigration and Border Protection, Sri Lankans made up 27 per cent of refugee status determination requests in 2013/14, the highest of any nation.

Sri Lanka was embroiled in a bloody civil war that lasted almost three decades, ending in 2009. The Tamil Tigers, who wanted a separate state in the northern part of the country called Eelam, fought against the Sinhalese-dominated Sri Lankan government. This same government has been accused of committing war crimes in order to end the conflict.

The war was long and savage, and perhaps nobody suffered more than Tamil civilians. Sri Lankans who come to Australia by boat are almost all Tamils, the second largest ethnicity in Sri Lanka after the Sinhalese.

According to Gordon Weiss, a UN official stationed in Colombo during the end of the war, Tamil Tigers used 300,000 Tamil civilians as human shields against the Sri Lankan Army. In response, the army peppered the area with bombs and shells, even in designated “no fire zones” such as schools and hospitals.

Displaced Tamil civilians became the collateral damage in the Sri Lankan Army’s defeat of the Tamil Tigers. A United Nations report estimates up to 40,000 Tamil civilians were killed in the final months of the war.

According to the International Displacement Monitoring Service, more than 280,000 Tamils were displaced from Tamil Tiger areas between April 2008 and June 2009.

Since the war ended in 2009, the amount of Sri Lankan Tamils undertaking the journey to Australia by boat increased steadily until 2012/2013 when the tally peaked at 4,949.

Since Operation Sovereign Borders was enacted by the federal government, a total of 1,263 asylum seekers from various locations have reached Australia.

Chris Kenny wrote in the Weekend Australian on 14 March that people-smugglers are “out of business”, stating that only one boat-load of asylum seekers has been granted asylum in the last 15 months.

Although boat arrivals are in decline, they have not ceased completely. A further 383 asylum seekers on 12 boats have been turned back since Operation Sovereign Borders began.

The issue was in the media spotlight in February when a Melbourne student staged a protest over the transfer of a Tamil asylum seeker whilst on board a Qantas flight.

Nirmanusan Balasundaram, an exiled Tamil journalist and human rights defender, told upstart he is concerned that “the safety and security of the Tamil people [in Sri Lanka] is not guaranteed”.

While buzz-words such as “boat people”, “economic migrants” and “legitimate refugees” ricochet between Australian politicians, journalists and human rights activists, Sri Lankan Tamils are still struggling for recognition of their rights.

This issue remains alarmingly under debated in Australian discourse. Instead, the policy is aimed to prevent asylum seekers from coming to Australia by deterrence – despite the fact that deterrence is prohibited by the UN Refugee Convention.

Julian Burnside, Australian barrister and human rights advocate, argues that the Australian government is not concerned with providing international solutions, only with stopping the boats and “punishing the survivors”.

If our politicians were genuinely worried about refugees drowning, they would do something smarter than punishing the survivors

The problems faced by Sri Lankan Tamils will not be solved by a hardline border protection policy. Until Tamils achieve guaranteed security and acknowledgement from the government, they will naturally be impelled, if not forced, to leave – in some cases by whatever means necessary.

The rate of Sri Lankan Tamils arriving by boat arguably depends more on the leadership of incumbent President Sirisena than how they are treated by the Australian government.

Explained in Part two: What does new leadership mean for Sri Lankan Tamils?

Nat Kassel is a third-year Bachelor of Arts student, pursuing a double major in journalism and anthropology. He spent the last six months living and studying in Colombo, Sri Lanka. You can follow him on Twitter: @natkassel.