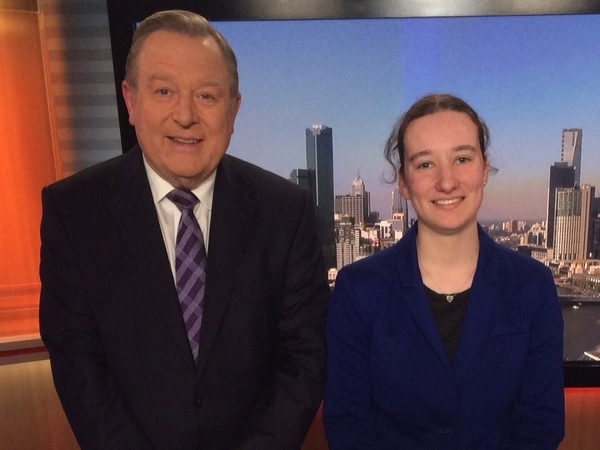 Most Melburnians would recognise Peter Hitchener as the face of Channel Nine News.

“Hitch”, as he is known by colleagues, has been at Channel Nine for more than 40 years, and recently signed a five-year contract, which will make him Australia’s longest running newsreader.

He has helped Channel 9 to continued ratings success, with the 6pm news bulletin, which he has hosted for 17 years, not losing a ratings week since 2011.

Hitchener has also attracted a new legion of fans due to his heavy social media use. Marie Trevithick speaks to Peter Hitchener about the changes he has observed in television journalism over his career.

Peter Hitchener: From monochrome to Twitter by Upstart_Magazine on Mixcloud

Marie Trevithick is a first year journalism student at La Trobe University who is interested in Australian Politics and current affairs. You can follow her on twitter: @maztrev18.