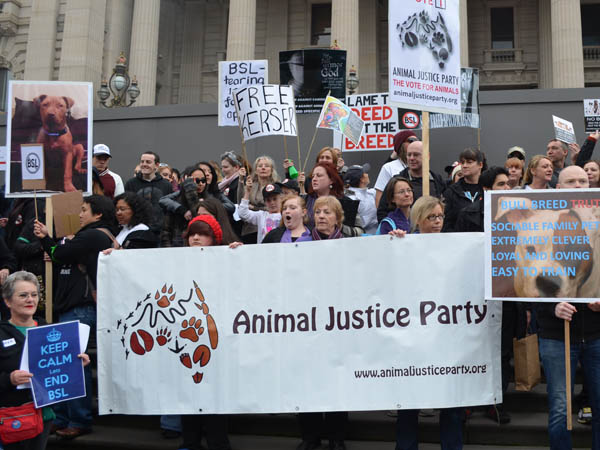 “Let’s get rid of American pit bulls. They’re just bred for attacking and they can do enormous damage, they’re big dogs, they’ve got very strong jaws and we just need to get rid of them,” said Premier Napthine in an interview with Gold 104.3 FM.

It is this government supported message that has caused pit bull lovers to stand up in defence of the lives of their beloved dog breed.

Since 2011, breed specific legislation (BSL) was introduced and has resulted in unregistered dogs that are physically identified as pit bulls and pit bull crossed to be euthanized.

The knee jerk reaction was largely due to the death of four-year-old Ayen Chol, leading to the blame being solely put on the American pit bull – a breed labeled as innately violent and dangerous.

This legislation is, however, not supported by the RSPCA or Australian Veterinary Association (AVA). Both organisations have argued that BSL has no effect on reducing dog attacks and addressing irresponsible ownership is the answer.

While Premier Napthine and Agriculture Minister Peter Walsh maintain that reducing the numbers of pit bulls is just a measure to make Victoria safer, at the Saturday rally the 2011 revisions were considered as nothing more than legalised genocide of a breed.

As the crowd gathered at Bourke Street mall, there was a strong sense of purpose and the desire to be a part of history that was moving in the right direction for animal rights. 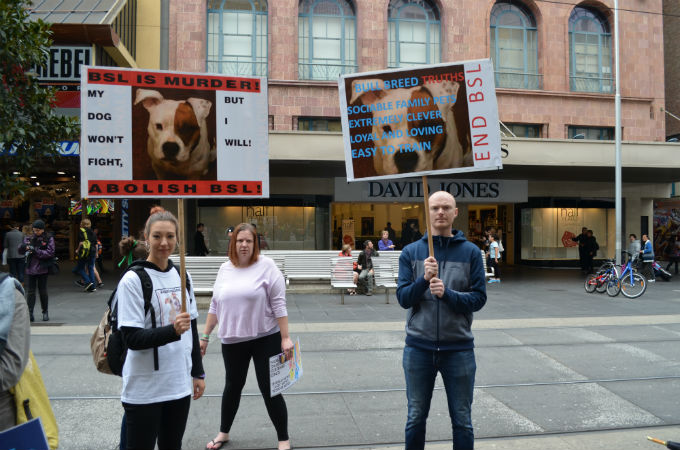 Jade Appleby came to the rally, with personal interest in the legislation being overturned.

“My dog Kerser was seized. He got into my neighbours backyard so the council picked him up and declared him as an American pit bull terrier, when he is actually a Staffordshire cross,” she said.

Appleby’s dog Kerser is still under the council’s custody and is likely to be euthanized in the upcoming months.

The majority of protesters were families with children that had lost their pet as a consequence of the laws introduced. As children carried pictures of their missed family members, the true victims of these laws really rang home.

When the marching began, the chant of, “Breed specific legislation, it’s a disgrace to our nation!” echoed down the line of the dedicated group of over 200 strong participants.

As the marchers closed in on parliament, a sea of signs and banners cascaded across the steps.

Activist and organiser Justin Rudge says that above all, BSL simply does not decrease dog bites.

“BSL was brought in a couple of years ago as government policy to protect the public from dog attacks and what it does is none of that. It does not do anything,” he said.

“It’s just an easy way for the government to say that they’re doing something.”

The march is one of many taking place across the globe, with the purpose to abolish these kinds of laws that aim to eradicate breeds of dogs deemed too dangerous based on biology rather than their behaviour.