Sri Lankan citizens have taken to the streets to protest their government's inaction. 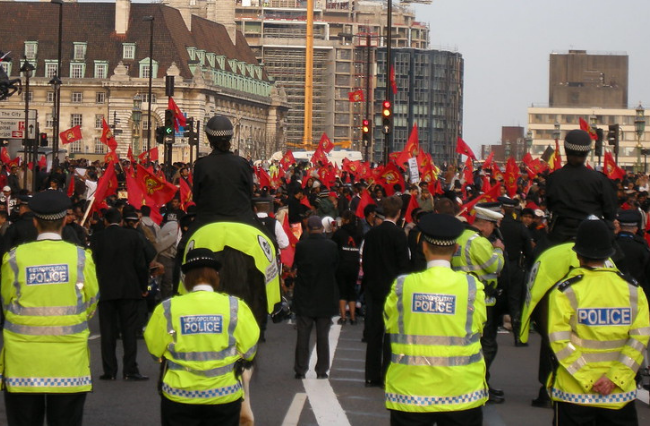 Sri Lankan protesters have been hit with tear gas and water canons by police amidst protests about the increasing economic crisis.

The protest, which began peaceful, quickly became violent when protestors moved to the line of barricades that blocked off the president’s private residence. Police then fired tear gas and water canons at the protesters.

The protest comes after citizens have been enduring weeks of critical shortages on food, fuel and medical resources.

The economic crisis in Sri Lanka has been ongoing since the civil war that lasted for years 26 years and ended in 2009. Analysts have suggested that the unprecedented financial crisis comes after the COVID-19 pandemic which saw a loss in tourism revenue. The Rajapaska government also decided to print more money, causing inflation on the rupee.

Additionally, the war between Russia and the Ukraine has forced an increase in the price of many essential items due to the lack of imports.

The government has implemented 13-hour blackouts and ordered that no transport be on the roads to save on diesel. They are also turning off the street lights to save electricity.

Many Sri Lankans believe that the president is to blame for the worsening economy, with protesters demanding his resignation.

“The question on everyone’s mind is: When is this going to absolutely crash?” he said.

Photo: Sri Lanka protest, 6/4/09 by Martin Deutsch is available HERE and used under a creative commons license. This photo has not been modified.