Bodybuilders continue to be labelled by negative stereotypes 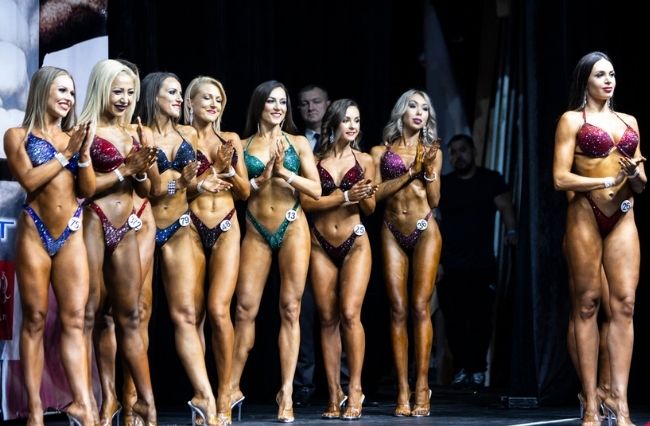 From a young age, Phoebe Eyre has always been drawn to the stage. From dancing to cheerleading, she always had a place in the spotlight. While entertaining has always been one of Eyre’s strengths, her latest passion, bodybuilding, truly reflects her dedication and commitment to performance.

Her love for the sport all started when Eyre’s mum decided to join the Tabban bodybuilding gym.

“Watching her go through the process of it, meeting the team and starting to go to the gym myself, I got [sic] slowly convinced to jump into it,” Eyre told upstart.

After giving up her life as a dancer and cheerleader, Eyre soon dedicated her time to training and dieting. Little did she know that her decision to join the Tabban Team would be the most challenging 12 weeks of her life.

“It was 12 weeks of dieting, 12 weeks of boiled chicken and lettuce, which is a super old school way of doing it. Nowadays there are more modern more exciting ways of doing it, but my coaches and my team were quite old school. They started 30 years ago, and they haven’t really changed,” she said.

Posing classes, exercise, training, a strict diet and weigh-ins consumed her life. It was three months of dedication, commitment, hard work and self-control. Eyre juggled her adjusted lifestyle, work schedules and social life around the sport. At just 19, many aspects of her teenage life were removed.

“Quarter to six on a Tuesday morning I’d jump into my coaches office, completely strip off, put on some stripper heels, posed for them, weighed in, told them all the things I’d eaten that I shouldn’t have eaten. [I] got either lectured or praised, very rarely praised because I wasn’t very good at dieting,” she said.

Eyre says that judgement from family and friends made the sport even more isolating and the biggest challenge came when she had to attend dinners with her extended family, where she was criticised for bringing her own meal.

“I remember having this woman say to me ’it’s just antisocial’ and I didn’t want to be there anymore,” she said.

Despite the difficulties thrown her way, Eyre found many positives in the process. She believes that bodybuilding can be a “selfish” sport, but sometimes it can be beneficial to focus on the relationship with yourself and your body.

“You have to prioritise yourself for three months of the year, which can be a good thing. I think more people need to put more focus on themselves anyway,” she said.

She also says that many people simply don’t understand the sport. Eyre believes that when they think of bodybuilding, they automatically picture Arnold Shwarznegger, when in fact the industry has changed and evolved over the years.

Today, Natural Bodybuilding Australia has five categories for women and three for men, as well as four optional categories for competition. The categories are designed to sit on a scale from smaller muscle mass to larger muscle mass. Not every bodybuilder is expected to be huge and muscly. Instead they can compete in the size category they prefer, thus subverting the belief that all bodybuilders are expected to maintain the same physique.

While Eyre learnt to deal with facing judgement as a training bodybuilder over her three-month journey, those who have been committed to the sport for many years have learnt how to look past the opinions and judgement associated with the industry.

Lesley Maxwell holds over 30 Figure Competition titles, and at 63 years of age, has inspired many young women in the fitness industry. After 15 years of competition, Maxwell speaks fondly of the bodybuilding business.

“When you find something that really makes you feel amazing and changes not only your health, your life, your mental state [and] physical state, you feel better than you did when you were 30. I think you’d better stick to it,” Maxwell told upstart.

The world champion has previously gone viral on social media after featuring in a post with her teenage granddaughter Tia Christofi. The video captured the pair in matching activewear sets at the gym, showing off Maxwell’s impressive physique.

The workout video gained attention from Christofi’s 113 thousand Instagram followers and circulated a number of platforms with viewers impressed by the “bodybuilding grandma”. It was from here Maxwell featured on Channel Seven and across several news articles about her fitness journey and unique lifestyle.

Maxwell prides herself on her “clean eating”, preaching that she has never had McDonalds in her life or a bottle of Coca-Cola. She instead prefers to eat healthy, organic meals that compliment her training and body.

“For me I just keep it really clean and I love eating the best quality food. If you went to the best restaurant in the world it would probably be what clean eating is,” she said.

Bodybuilding and clean eating are not just hobbies for Maxwell, but instead they are part of a lifestyle she thrives off.

While the bodybuilding sport has changed over the years with more variety, more clubs and more categories, the stereotypes remain the same. Phoebe Eyre believes that with a little bit of research and acceptance of the sport, athletes wouldn’t feel the pressure and isolation the sport currently promotes.

“Educate yourself, look into the more modern ways of the sport, a lot has changed. Not everyone is on steroids that’s just totally ridiculous to expect. In the gym I was in there was no tolerance for that,” she said.

Article: Megan Lansbury is a second-year Bachelor of Media and Communications student (Journalism) at La Trobe University. You can follow her on Twitter @MeganLouise0211

Photo: The Cup and championship of the Kaliningrad area on bodybuilding by Westpress Kaliningrad Media Group available HERE and used under a Creative Commons Attribution. The image has not been modified.